I often take readers’ choice awards with a giant grain of salt. After all, the vast majority of people have different tastes and expectations. But, the CN Traveler 2020 best resorts in Hawaii – a readers’ choice ranking – puzzles me quite a bit.

Conde Nast’s annual best resorts in Hawaii list features 20 resorts across the state. Being a readers’ choice ranking, the list, readers of the magazine vote to create it. And, I have to say, it’s, uh, an interesting ranking.

Now, I haven’t stayed at most of these hotels before. But, I’ve stayed at a few. So, my opinion is based on these experiences, along with input from others I know that stayed at a few others. 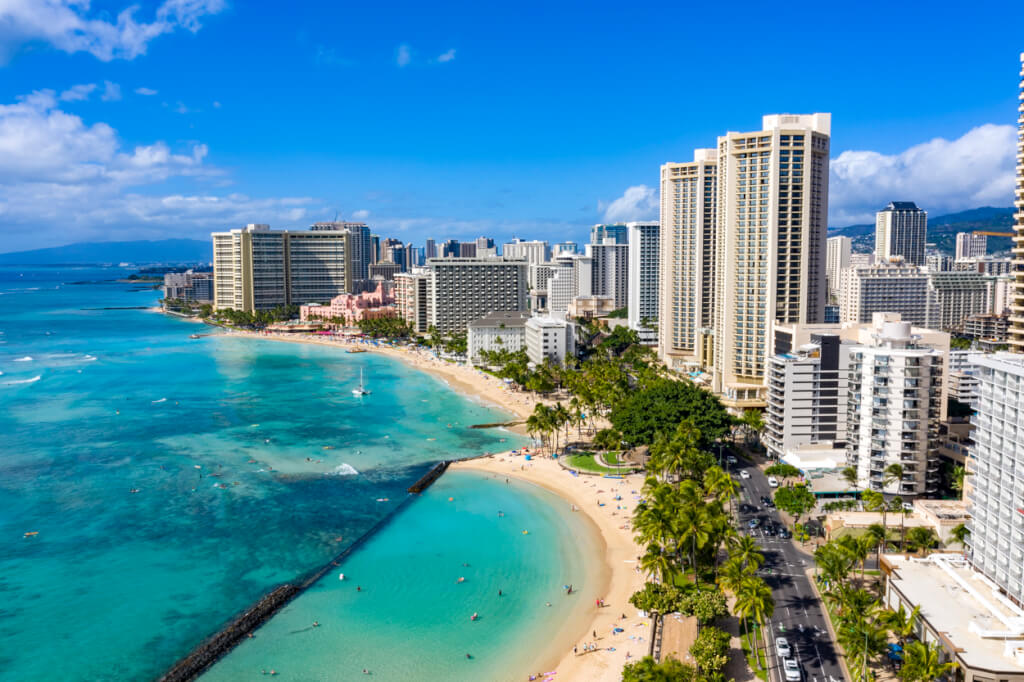 My Thoughts on the Rankings

Now, to be clear, I don’t think there are any terrible hotels on this list. Sure, I didn’t care for my experience at the Royal Hawaiian, nor am I a fan of Turtle Bay, but I can understand why people like them. That said, I’m a bit surprised the Turtle Bay Resort made this list at all. Their rooms are among the worst I’ve experienced at the price point. Even now, people are paying over $500/night for these unrenovated rooms. While the rest of the property is mostly new, the standard guestrooms remain unchanged.

Another surprise to me is that the Alohilani Resort came in at rank 3 overall. Don’t get me wrong; it’s a nice property. However, the rooms at the Alohilani, in my opinion, are nothing special. Also, while service is well-intended, it was rough around the edges. When I last stayed in 2018, wait times at the front desk were often quite long, while associates forgot to provide things like parking passes, even after asking if you parked a car. Nothing terrible, I know. But this is not what I’d expect from such a highly ranked property.

Perhaps more surprising to me is probably the fact that the Andaz Maui came in at rank 1. Sure, I liked the property a lot when I stayed back in 2016. But, the property is also a controversial one – even when excluding issues with World of Hyatt here. That’s because many travelers seem to either love or hate the stark, minimalist design of the room.

Oyster.com – you know the site – has a list of top Hawaii luxury hotels compiled by their staff. And though both lists feature similar properties, both lists are also quite different. Let’s take a look.

In contrast to Oyster, Travel & Leisure has a list that its readers vote on. Surprisingly, their list is quite different from Conde Nast’s.

It’s interesting to compare and contrast the different lists out there. Yes, there are more, but I didn’t want to make this post too long. The “expert” compiled list resulted in rankings more in line with what I was expecting.  The two voted lists? They couldn’t be more different. With both, though, I wasn’t expecting to see the hotels in rank 1 that ultimately ended up there. Heck, the Halekulani’s lower-cost sister property – the Halepuna – beat it out in the T&L rankings. But I’m guessing much of this has to do with cost. After all, at a base rate of $1,000 per night, though I hear it’s much higher now, the Four Seasons Lanai is insanely expensive and out of reach for the vast majority of us.

That said, what Hawaii hotels do you think are the best? In my rather limited experience, my favorite hotels in Hawaii thus far – in no particular order – are the Westin Hapuna Beach, the Andaz Maui, and the Ritz-Carlton Residence Waikiki Beach. I liked The Laylow Waikiki, though my last experience with them left a bit to be desired. The rooms at the Hyatt Centric Waikiki are also quite good, though the property’s overall amenities are lacking. One of these days, I hope to experience the Four Seasons Oahu since I really loved the former JW Marriott Ihilani, but we’ll see.