When COVID-19 shut the state down, it had major impacts on our economy. One company that nearly bled out during that time is Honolulu-based Bikeshare non-profit Biki. Thankfully, they didn’t. In fact, Biki Bikeshare is making a comeback.

Earlier this year, Biki Bikeshare was bleeding out. Ridership was down by 50%, as was their revenues. What’s more, donations from foreign companies, like ANA and Japan Airlines, dried up. Understandably, this forced Biki into crisis mode. As a result, they ended up closing over a half-dozen stations around town. But even with this, no one knew if they’d survive. Thankfully, they look like they’re pulling through. 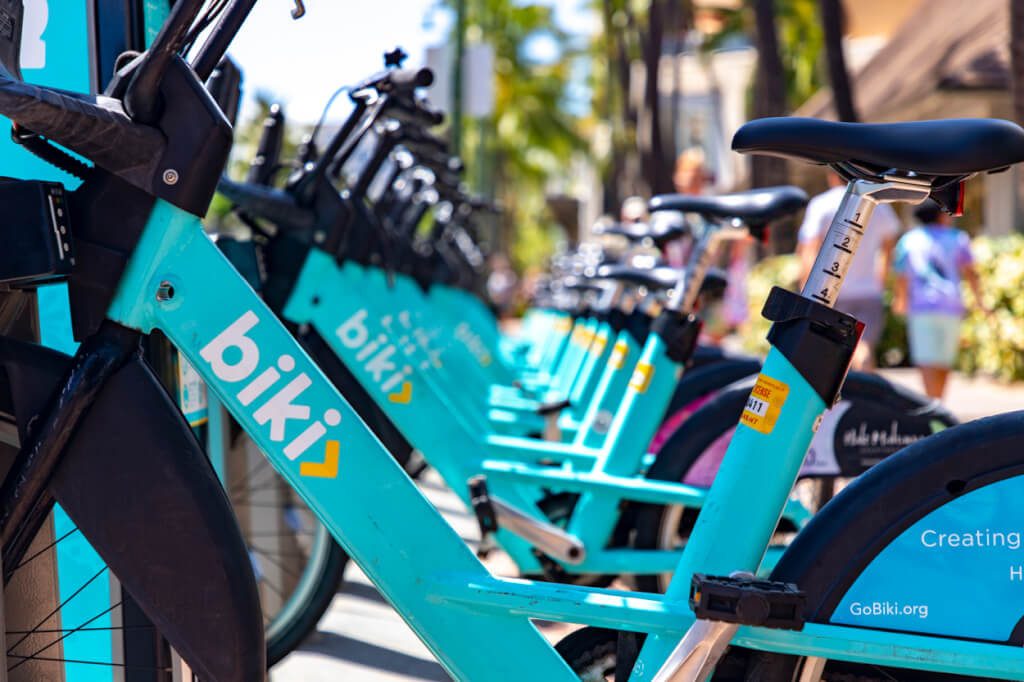 Biki Bikeshare is Making a Comeback

Six months ago, Biki removed a total of seven stations – though they were thinking of removing half of their 130 stations. Today, however, they’re actually looking at adding back six to seven stations. In fact, according to the Pacific Business News, two stations were already added back – one in Honolulu’s Chinatown and one near Ala Moana Shopping Center. The remaining four to five stations will go in yet-to-be-determined locations.

Better But Not Great

There’s no doubt that Biki is doing better today, but they’re not doing great. In July, their ridership was at 94% of their July 2019 numbers. However, in September, that number fell to 63%. They attribute this largely to the drop in visitor arrivals last month and better availability of rental cars.

What’s more, the two Japanese airlines that stopped providing funding? They made up $100,000 to $200,000 of Biki’s operational monies. Unfortunately, Biki still needs to find two new sponsors to make up for that difference.

I’m not a Biki user since 1) my commute isn’t a use case for the service and 2) I can’t use Biki, as I learned the one time I tried. That said, I do think having Biki as an option for both locals and visitors is great. So, the fact that they’re doing better now is wonderful to hear. Hopefully, that will continue to be the case in the future. Time will only tell, though.