Despite stating he’d make the change just weeks ago, Governor David Ige now says no booster requirement for Hawaii Safe Travels. In fact, the entire program is at risk of shutting down prematurely.

The roughly year-old Hawaii Safe Travels program is a contentious topic. Cautious locals see the program as a way to help protect Hawaii and its people. Others view it as government overreach or a charade with various interpretations in between. Regardless, the recent Omicron surge brought back discussions about the program. Thanks to the higher transmission rate of Omicron, medical experts and epidemiologists implored the Governor to implement a booster requirement. However, he stated that the Safe Travels program couldn’t handle the additional information. What’s more, he was concerned with breaking with the CDC’s guidance on vaccine requirements. Nevertheless, he eventually decided that we needed the booster requirement. Only, he took so long to decide that our cases were already trending down by the time he did. 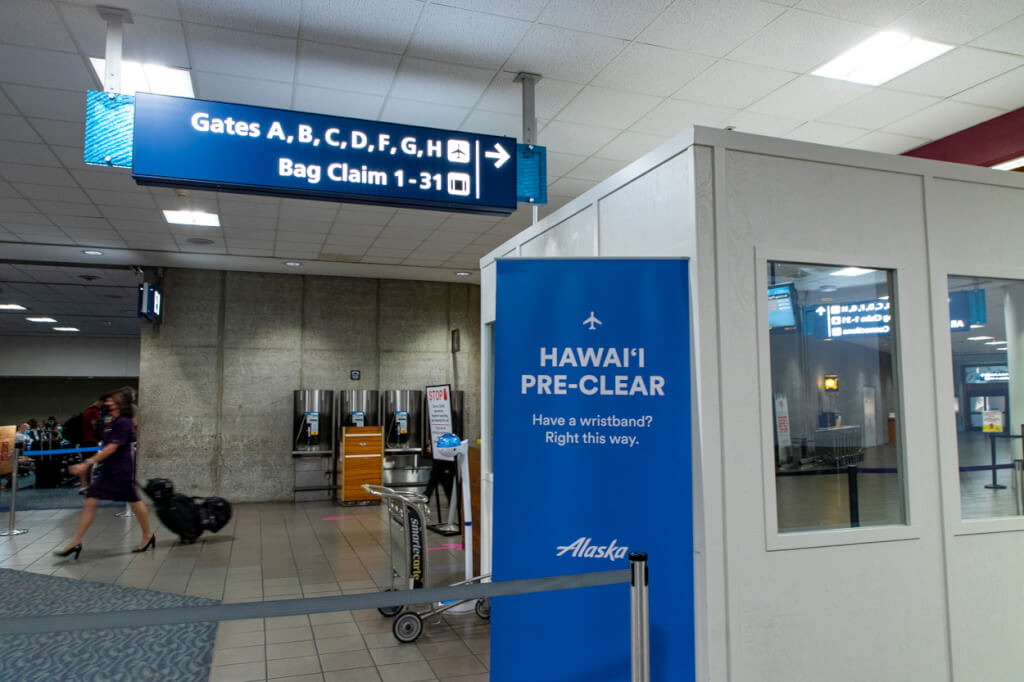 Citing falling infection rates around the world, Governor Ige announced on Tuesday that Hawaii Safe Travels would remain as-is. He no longer plans to add a booster requirement, though the statewide indoor mask mandate remains for the foreseeable future. Governor Ige states that Hawaii’s robust vaccination rate and declining hospitalization rate influenced his decision too. As of this writing, 75.2% of Hawaii’s total population is fully vaccinated, while just 35.8% are boosted. Oahu leads the way in vaccinations, with 78% of its population completing a full course, followed by Kauai at 71%, Maui County at 68%, and the Big Island at 67%.

As far as the long-term continuation of the Hawaii Safe Travels program is concerned, that’s less clear. Currently, the program heavily relies on federal funding to operate. However, that funding expires on April 1, 2022. If Congress doesn’t renew that funding, Hawaii will have to find a way to fund the program itself, or we’ll need to discontinue it altogether.

I’ve long been a proponent of the Safe Travels program. It served us well earlier on. However, Omicron is an entirely different animal. Because of this, the program has been far less effective – especially without the booster requirement. Plus, our own residents aren’t really helping contain the spread either. That’s why I’m now of the opinion that the program should end. I really don’t think it’s doing anything to help us anymore.

Meanwhile, the funds could go towards something more useful, such as providing isolation facilities. You see, many families in Hawaii reside in multigenerational households. That makes it harder to isolate if someone gets sick and puts vulnerable family members at risk. Providing spaces for people in these situations to safely isolate themselves away from their households would do far more good at this stage. However, the state recently washed its hands of this task, so I don’t see that happening.