Terminal changes are coming to HNL in June.  So here’s what you need to know. 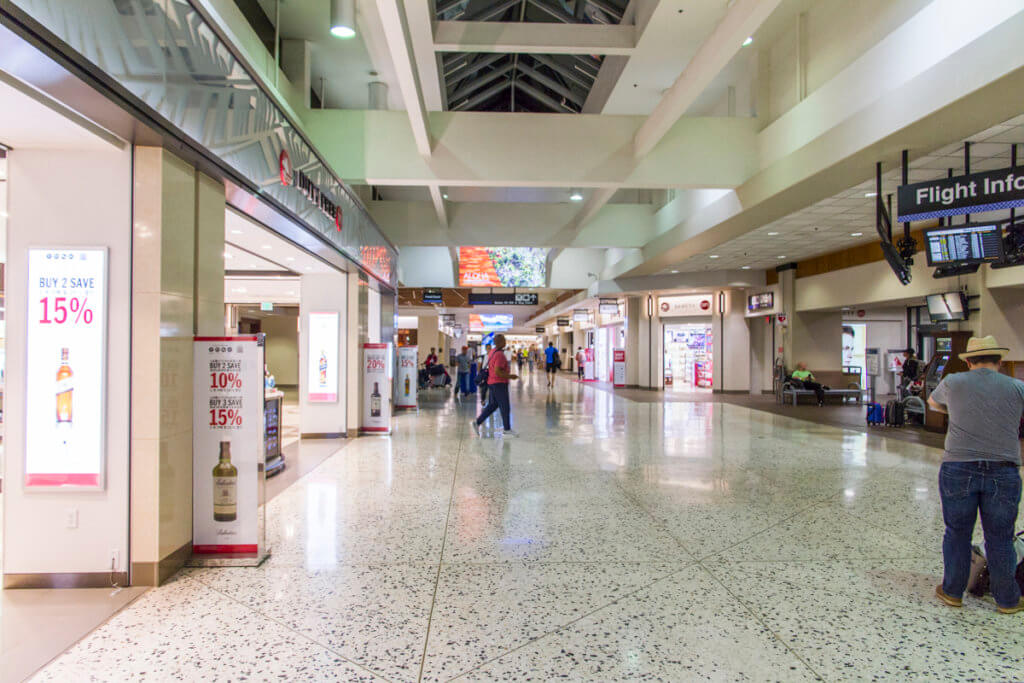 Currently, the terminals at HNL have descriptive names:

On the arrival side of things, Baggage Claims range from claims B through H.  However, beginning June 1, each carousel will carry a numeric name.  Terminal 1 will have claims 1 through 15, while Terminal 2 will house claims 16 through 31.  This should make your respective carousels easier to find, and should also make picking people up at the airport easier to do too.

In addition to the renaming campaign, the Commuter Terminal, now known as Terminal 3, has moved to the other end of the airport.  With only a single gate serving Mokulele Airlines, Terminal 3 is now between the Delta Cargo and United Cargo facilities.  Located at 3073 Aolele St., Terminal 3 has 42 parking stalls, for which passengers will need to prepay for when checking-in for their flight.

If you haven’t already guessed, Terminal 3 is quite far from the other ones.  And, no, there’s no way to walk to the other terminals from here, nor is there an air-side connection to the others.  Your only option for connecting to other flights is the Wiki-Wiki Shuttle bus.  This free service will complete one round every 20 minutes, so plan accordingly if you are connecting to or from a Mokulele Air flight.  Or, you know, just use Ohana by Hawaiian instead (if you can), as they fly out of Terminal 1 with the rest of Hawaiian’s inter-island flights.

The Daniel K. Inouye International Airport could really use updates to its terminal, gate, and baggage claim names.  However, I don’t think this scheme the Hawaii Department of Transportation came up with is going to work.  In fact, I think they’ve made things more confusing.  After all, why on earth would you have A and B gates in Terminal 1?  Why not match the terminal and gate names?  So the concourse housing A gates would be Terminal A, while the concourse housing G gates would be Terminal G.  Makes more sense, right?

Even the whole Terminal 3 situation makes little sense.  It’s so far from the other terminals; were there no better options?  And even if there weren’t any, why not develop a more efficient way to connect them?  Couldn’t there be and air-side connection shuttle buses traversing the ramp?

Of course, this is Hawaii, so… This is what we’ve got.  Oh, and while temporary signs will be up on June 1, but changing the permanent signs won’t be fully replaced until Summer of 2019 or later.