On Monday, changes to Hilton HHonors and Silvercar were announced. Hilton’s changes are rather significant, while Silvercar’s change is mild but welcome.

Broad changes are coming to Hilton’s loyalty program in April.  The biggest of these changes is an adjustment in earning points for stays.  Come April, HHonors members will no longer have a choice in how they earn points (or miles) for stays.  Instead, all stays will earn HHonors points at a standard level (no more double points), while elite member earnings rates will be adjusted.  So, going forward, earning rates will be:

The above is based on the assumption that the member will select maximum points earnings via the old double points option.

In addition to earnings changes, Hilton is also implementing bonus points for stays beyond 40 nights.  The way this will work is that for every 10 nights stayed beyond 40 will earn 10,000 points.  And once members achieve 60 nights, they’ll receive a 30,000 points bonus.  Those staying 60 nights or more will also be able to gift status to someone else.  The gifted status will be gold for those that stay between 60 and 99 nights, while those staying 100+ nights may gift Diamond status.  Status gifting is limited to one person per year.

The last change is the addition of rollover nights.  And this benefit is precisely what it sounds like.  Qualify for Gold, but not Diamond this year?  Those “extra” nights will roll over into 2019.  Ironically, Hilton is adding this benefit as Marriott discontinues it.

The BIG news over at Silvercar isn’t any change in pricing or new locations, but rather a new vehicle option.  Since its inception, Silvercar offered a single choice of car: silver Audi A4’s.  However, now all Silvercar locations will also offer Audi Q5 five-passenger SUVs too, which is great news because more options are always welcome.  However, I think Silvercar should have opted for the Q7 instead.  The A4 and Q5 have the exact same wheelbase, with the Q5 being shorter in overall length and, ironically, having less legroom.  And, indeed, the A4 and Q5 both share the same platform, which is why their dimensions are so similar.  But, this leads me to think that the Q5 may even have less space for your luggage, lest you stack them as there is more vertical space in the Q5.  No cargo capacity is given, though, so it’s hard to say.  The Q7 is, at the very least, a bigger vehicle than the A4. 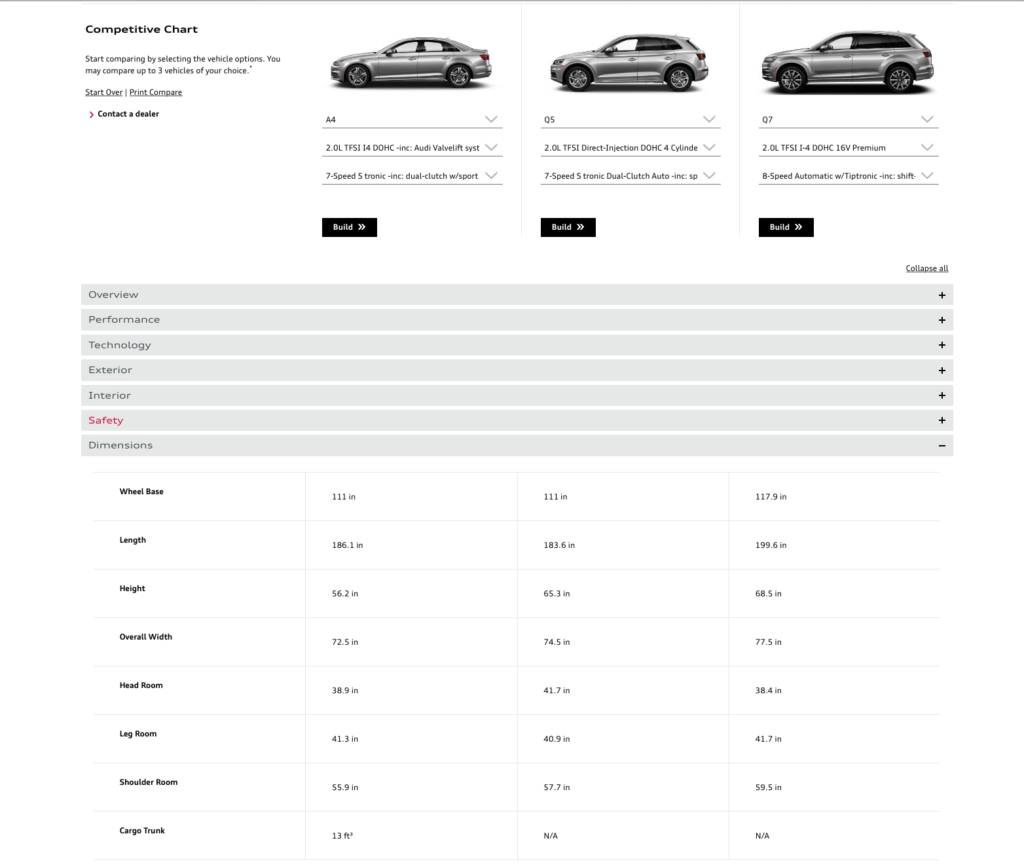 Rates for Q5s look like they’ll be $20 more per day than for the A4s.  So at the lowest rates, A4s will start at about $49/day, while Q5s will start at $69/day.  And, of course, Chase Sapphire Reserve cardholders receive a 30% discount with the VINFINITE promo code.

Hilton’s changes are, well, a mixed bag.  The changes to earnings are detrimental to those on the lower end and a wash to those on the upper end of the HHonors program.  However, it is nice to see the addition of the rollover and gifting benefits.  And I do wonder if the rollover benefit has been in the works for a while, or if it was adopted in response to Marriotts decision to discontinue that program.  Ultimately, though, I’d still love to see the day a hotel (or airline) allows spouses to share a single account.  It only makes sense since many of us have a mixture of solo and family travel.

As for Silvercar, well, looking at vehicle specifications, the Q5 is an interesting choice for a bigger offering.  But, again, the addition of another vehicle option is a welcome one and one that I will consider for my potential PNW family trip.