The new Marriott Rewards award chart is finally here!  And the changes aren’t too bad.  But how do they impact Hawaii specifically?  Let’s take a look.

Ever since Marriott revealed its new award chart back in April, Marriott Rewards and SPG members nervously awaited the information they didn’t provide at the time: how properties would be distributed throughout this new chart.  But yesterday, Marriott finally revealed the information we so desperately desired.  And while my predictions didn’t come true, the distribution isn’t as bad as it could have been.

While there was a real risk of a significant devaluation with the new list, that didn’t happen.  Instead, properties are appearing under categories that most closely equates to their former category level.  But, this isn’t always the case.  As far as Hawaii is concerned, some award rates have jumped by as much as 20,000 points per night.  However, properties that are seeing a significant increase are all Marriott Vacation Club properties, at least in Hawaii. 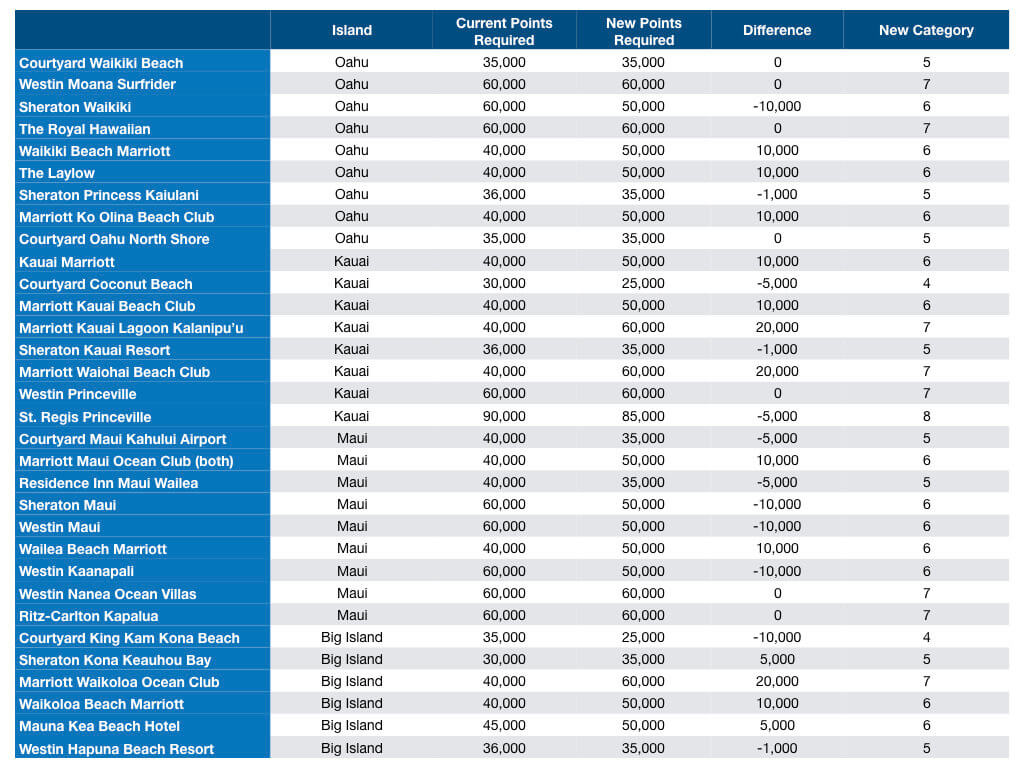 You know what’s the best part about these changes?  Credit card certificates become useable in Hawaii again.  This is because the new Marriott Premier Plus Visa and the SPG cards come with an annual 35,000 point certificate.  And while the old Category 5 certificate was useless here, the new one can be used at the:

Heck, you can even use the old Category 5 certificate at Courtyard Kauai Coconut Beach and the Courtyard King Kamehameha’s Kona Beach Hotel.  But don’t count on things staying like this forever.