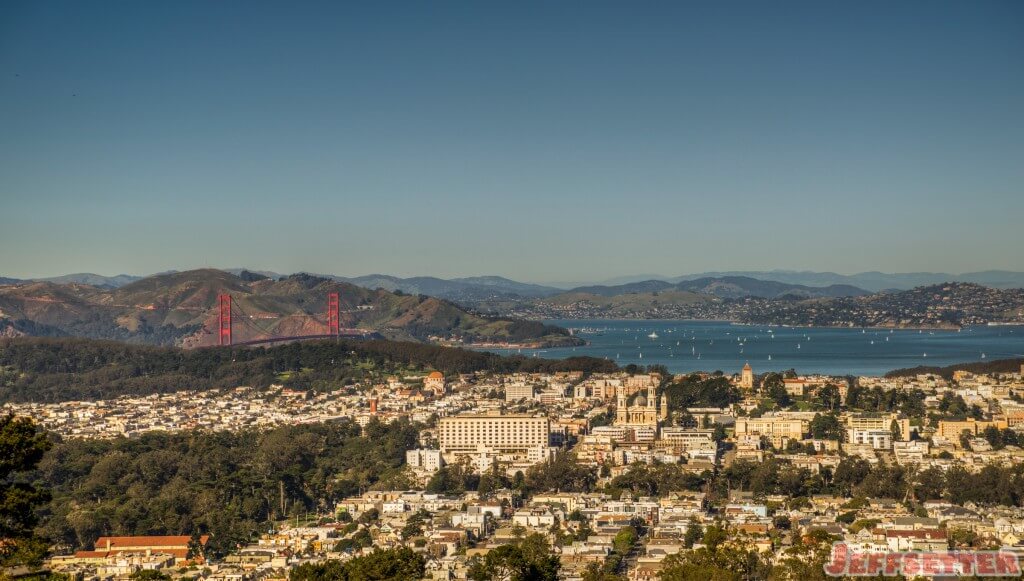 Confession time: Before I moved to San Francisco, I thought that “Golden Gate” was simply the name given to a bridge connecting San Francisco and Marin County.

Then I saw a map of San Francisco from around 1900 and noticed that the body of water separating the two areas had Golden Gate written on it.

Why would it say that when the bridge was still 30 years from being built?

Because the body of water is called the Golden Gate, dummy.

Learn something new every day.

This photo was taken in January after an “Urban Hike” up to Twin Peaks. From the top you can see downtown San Francisco, as well as this beautiful sight of sailboats in San Francisco bay. Plus, that bridge that spans the Golden Gate.