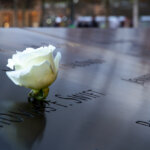 September 11, 2001, was one of the most tragic days in our nation's history. Thousands of lives were lost and thousands were more injured thanks to terror attacks al-Queda. Yet, this terrible moment in time is the defining point of a generation - my generation. So, 20 years later, I'd like to do some reflecting on 9/11. … END_OF_DOCUMENT_TOKEN_TO_BE_REPLACED 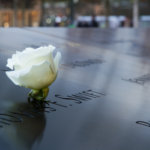 After our crazy day the previous day in Washington DC, we took our Big Apple Day 5 a little slower.  In fact, we only did three things on our 5th day in The City: the World Trade Center Sites, the American Museum of Natural History, and saw a musical. … END_OF_DOCUMENT_TOKEN_TO_BE_REPLACED