Last week I wrote a post about viewing the solar eclipse in Hawaii.  And it was then that I realized I haven’t written about the Makapuu Point Lighthouse Trail.

Before the Great American Solar Eclipse last week, I went over how to view it in Hawaii.  Here it was visible only as a partial eclipse with very little coverage at that.  But one of the best vantage points for it on Oahu happens to be one of my favorite hikes on the island.

As its name suggests, the Makapuu Point Lighthouse Trail’s location is on Oahu’s southeast coast at Makapuu Point.  In fact, you might be able to see it from the airplane if your flight approaches from the east.  Oh, and if you’re sitting on the port side of the aircraft. 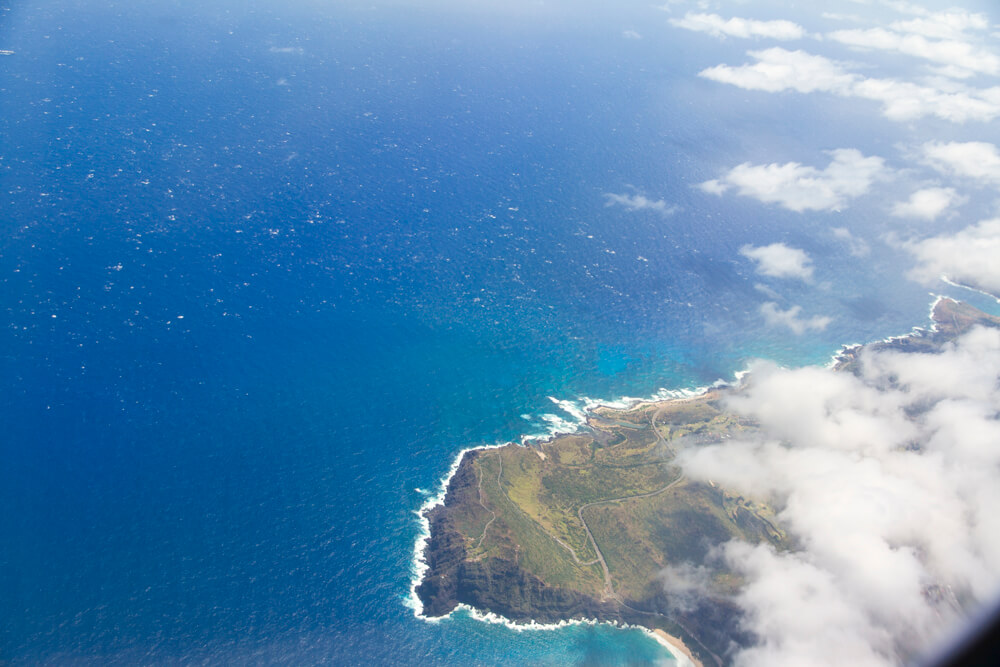 Much like the rest of Oahu’s south coast, there isn’t a lot of rain here, so weather normally isn’t an issue.  The biggest concern will usually be how the weather will affect the view.  And that’s because this hike boasts some of the best views on Oahu.  Not only can you see the rugged and beautiful Kai’wi Coast, but you can also see the islands of Lanai and Molokai if the visibility is good. 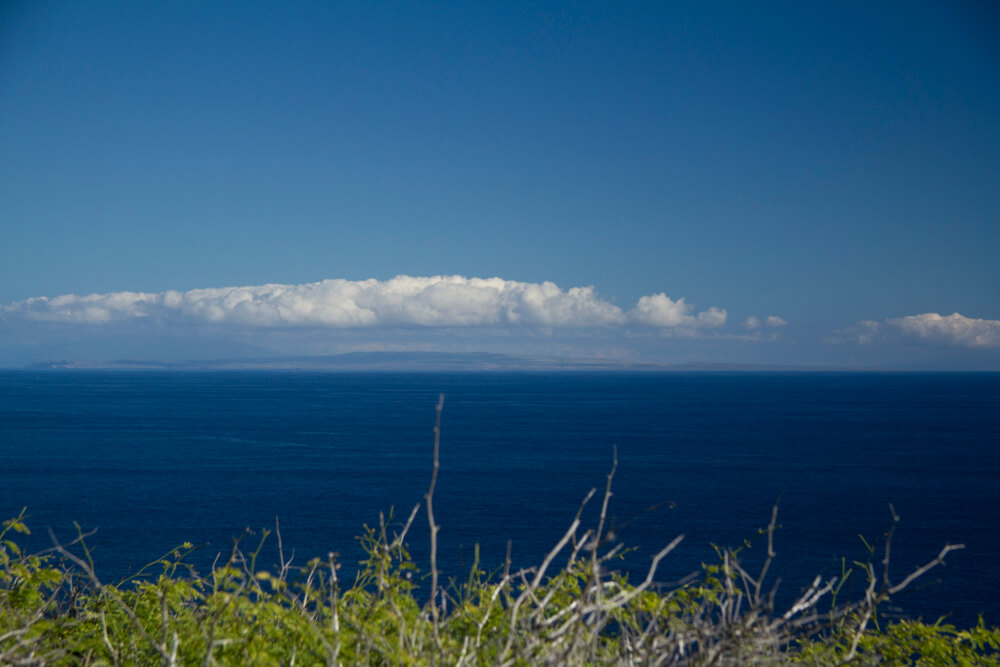 The trail also serves as a fantastic whale watching vantage point during whale season.  You’ll likely need binoculars to see some of the action, but this past February we did see some whales breaching close to shore.  Still too far offshore to take pictures, though. 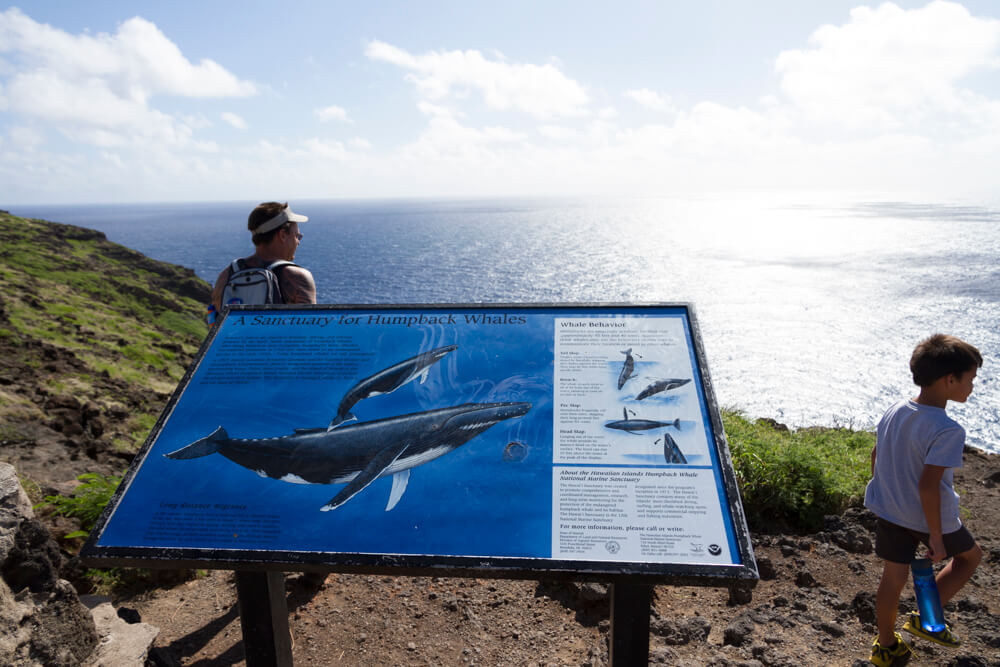 Like I said earlier, the Makapuu Point Lighthouse Trail is not difficult.  The trail is about two miles round trip, and if you don’t leave the official trail, it’s paved the entire way.  In fact, the State of Hawaii’s Department of Land and Natural Resources just completed a massive rehabilitation project at the trail.  During this project, the trail was restabilized, repaved, and new lookouts were added along the way. 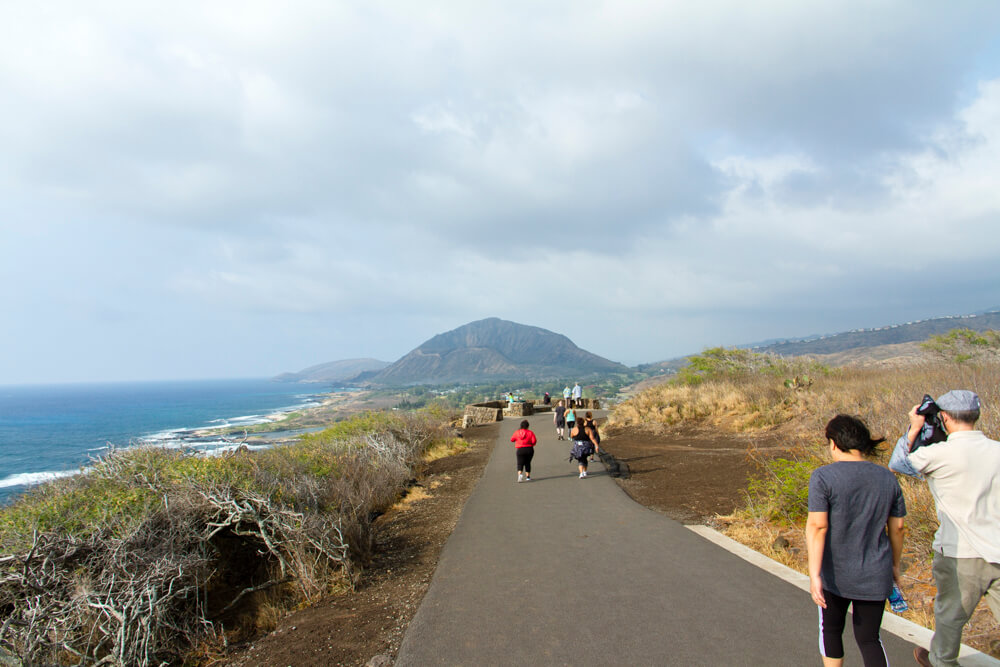 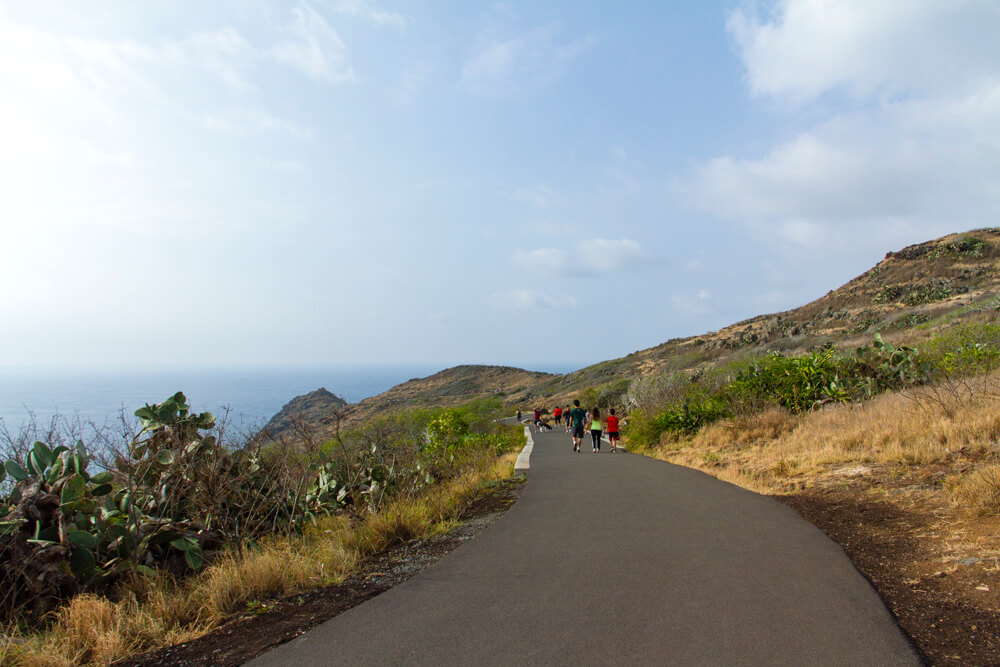 That being said, the hike is uphill nearly the entire way.  Part of it even consists a serious of switchbacks, though they aren’t that bad.  Total elevation gain is 500ft (over the course of a mile).  But, again, with all of the lookouts, there are many places to stop and rest. 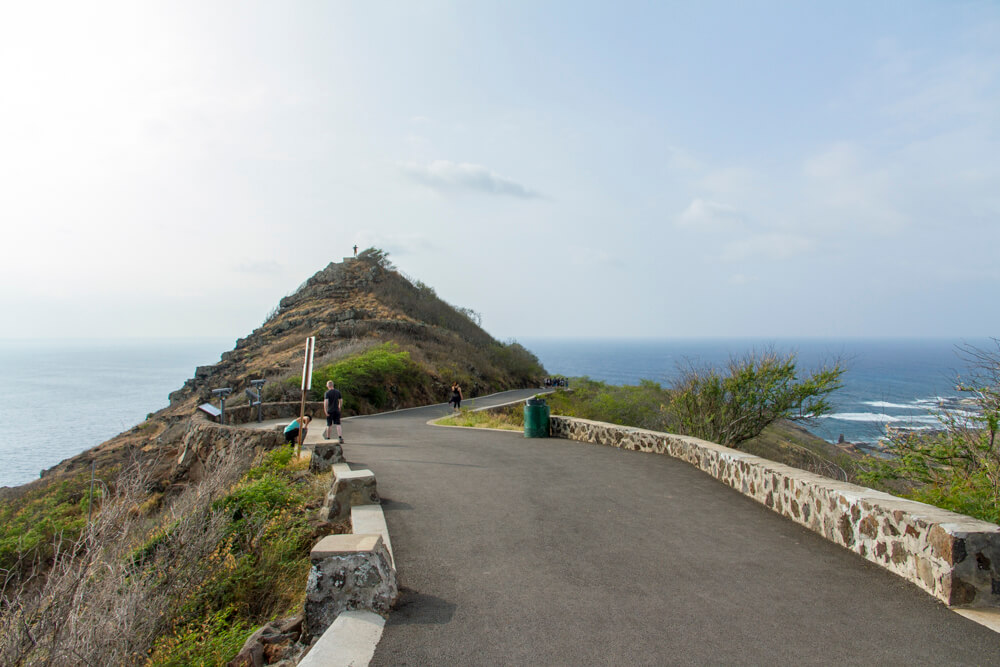 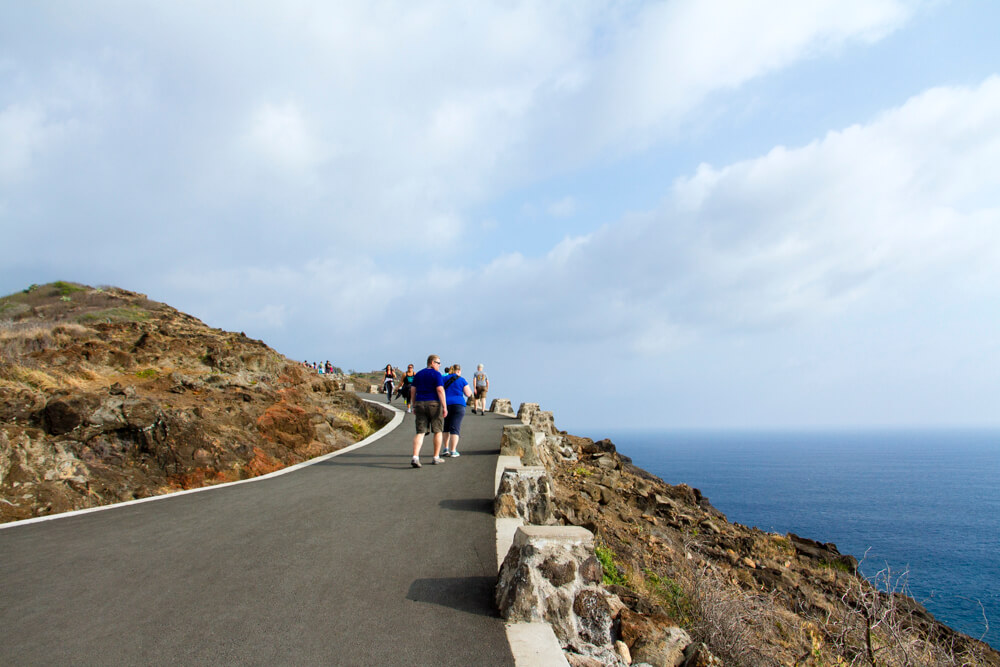 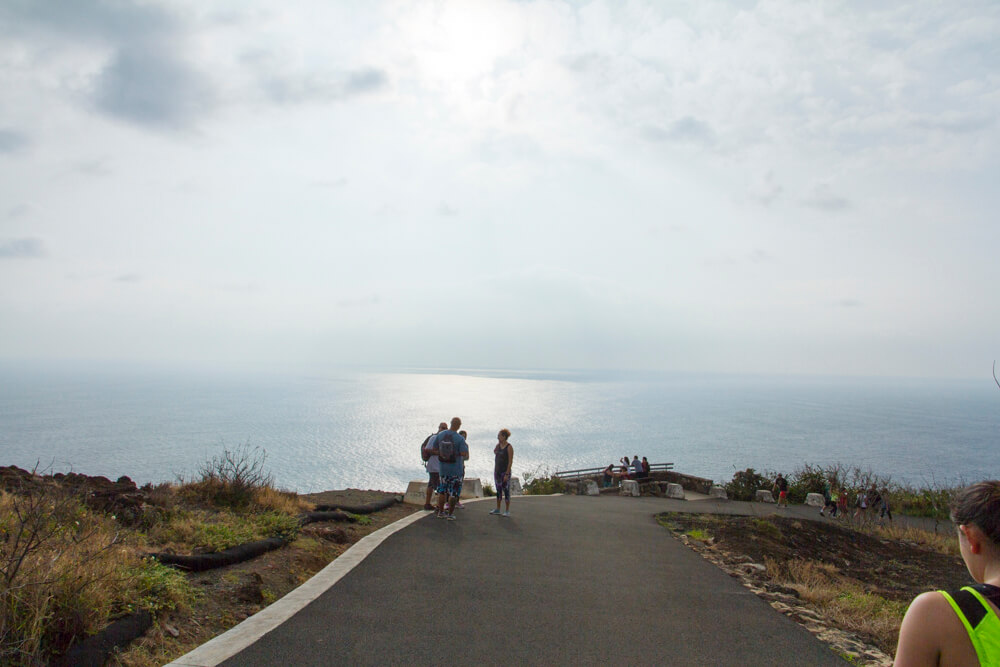 It is worth noting, however, that the trail has no facilities whatsoever.  There are no restrooms or running water of any sorts.  A parking lot is available, however, but it’s a little small.  So the best time to arrive at the Makapuu Point Lighthouse Trail is earlier in the morning.  Hiking in the morning is a better idea anyway, as it’s cooler than other times of the day.  This area does tend to get quite hot throughout the day.

While the views throughout the hike are beautiful, the view at the trail terminus is worthwhile too.  From here, you can see the lighthouse, but you can also see Makapuu Beach, Manana Island, and Kaohikaipu Island. 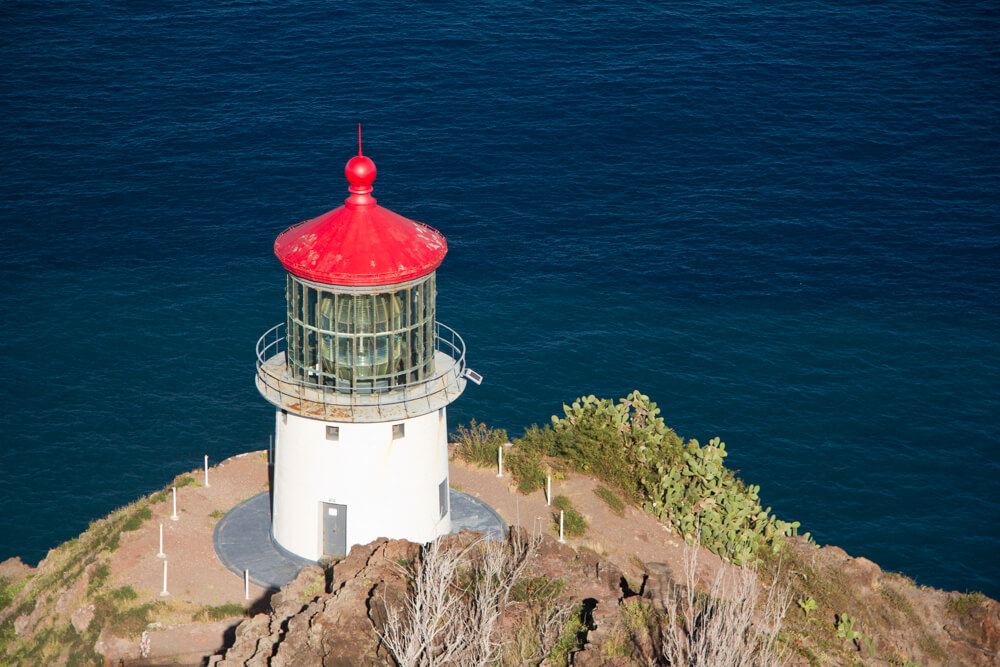 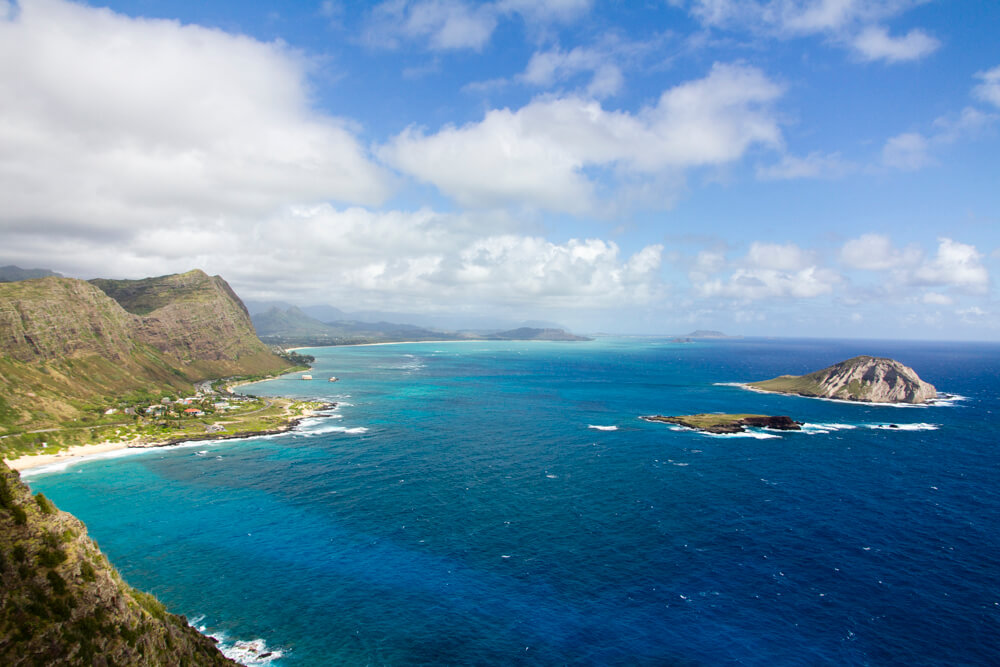 If, however, you’d like to avoid the crowds and/or get a better view, you can head up to the pillboxes on the small ridgeline above the trail terminus.  I should note that the unmarked trail to the pillboxes is not officially sanctioned.  Hiking up the ridgeline is not recommended, and while many do, you assume the possible physical and legal risks of doing so. 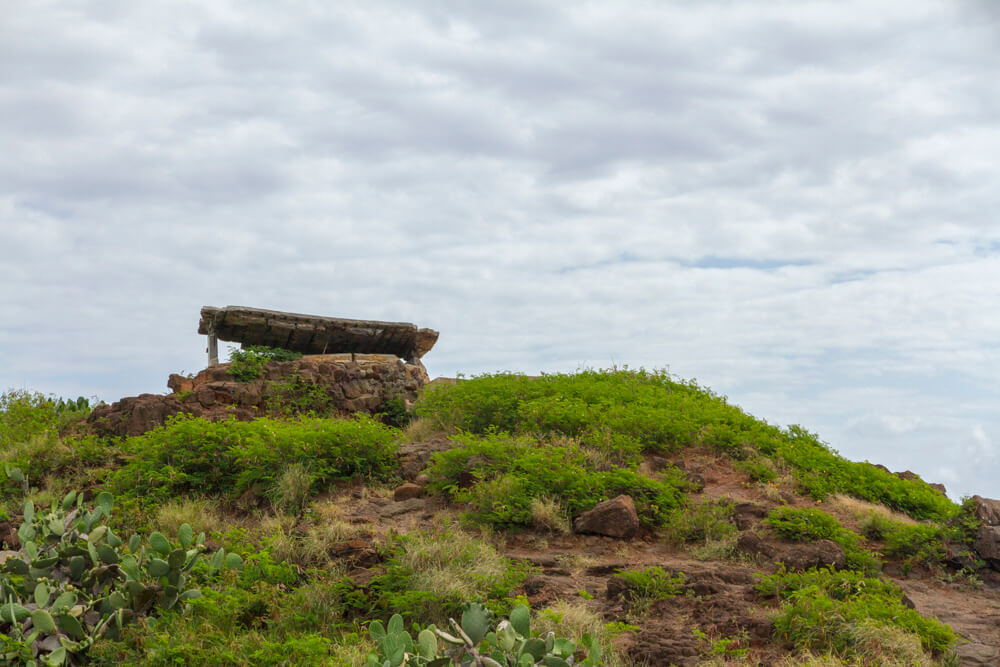 The Pillboxes aren’t exactly in good condition either, so their structural integrity is rather suspect.  I’d recommend not entering them.  Climbing on top of them is probably a little sketchy too. 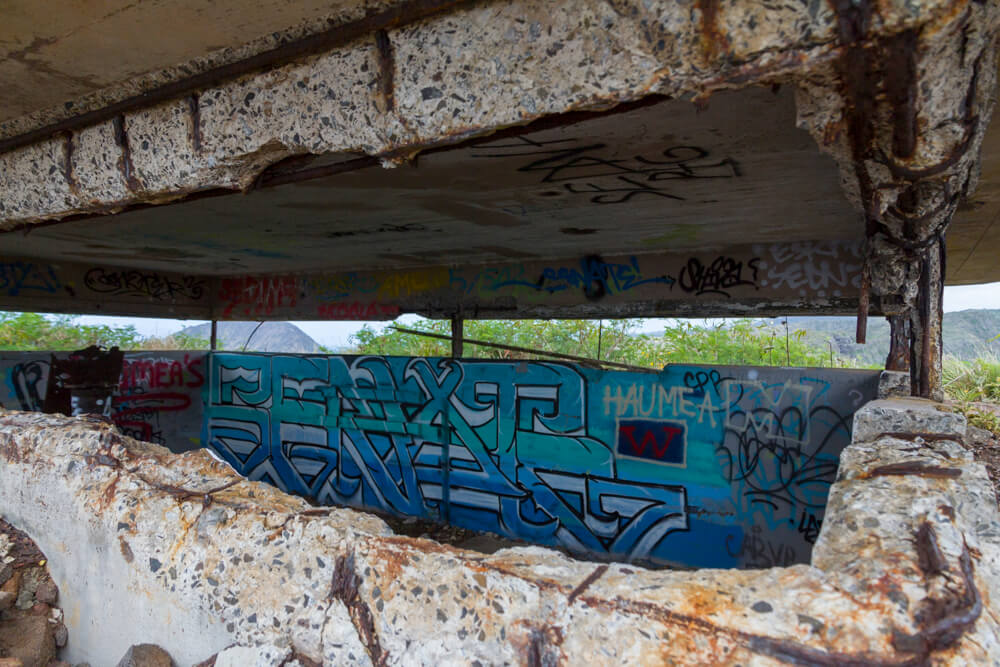 But, with all that said, here’s the view from the pillboxes looking towards Makapuu Point and the lighthouse. 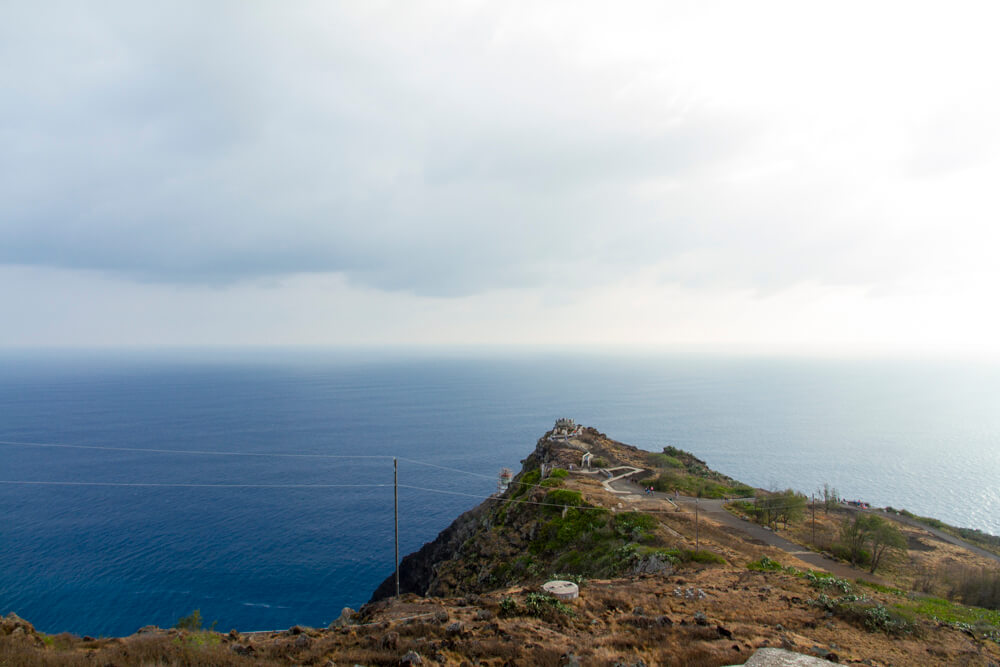 The very tip you see there is the actual trail terminus with the lighthouse visible a little below it.  And looking east once again, this is how the view looks. 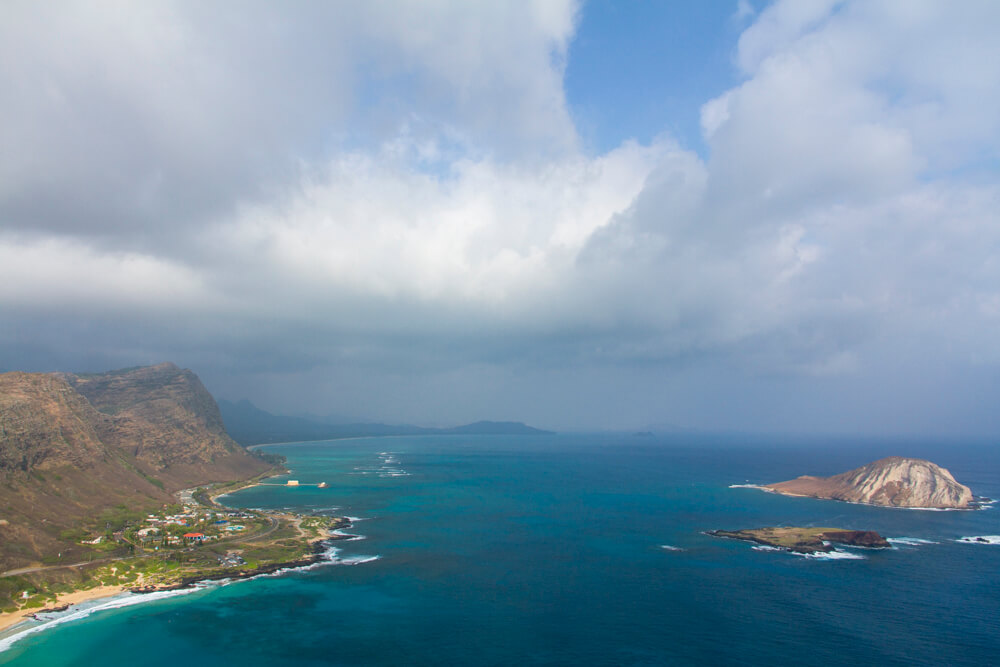 It’s not a significantly different view, but the gain in elevation does make a difference.  And looking back south/southwest, you get a great view of the rugged Kaiwi Coast. 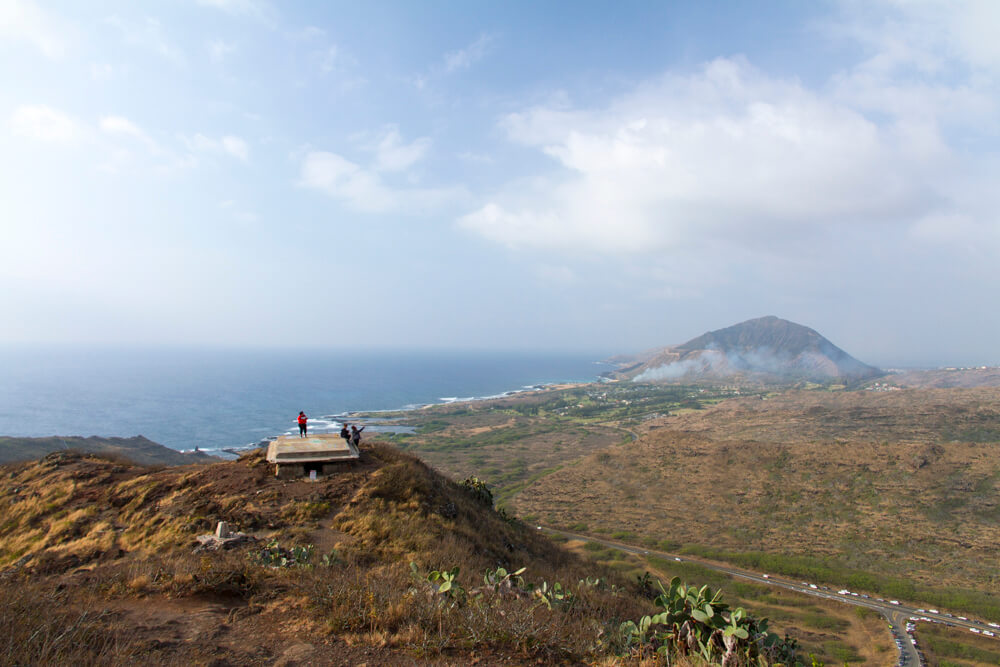 If you’re wondering about the smoke, this picture was from a hike in February of this year.  That day a large brush fire broke out near the highway on the way to Makapuu.  It was still raging when we left, but we decided to continue driving east/northeast when we left.  If you do, you’ll end up in Kaneohe and can end up in Laie if you keep on going.  On that day we decided to head into Kailua to grab some brunch at Moke’s instead.

When I have friends visiting Hawaii ask me what they should do, Makapuu Point Lighthouse Trail is something I always recommend.  It’s easy enough for just about anyone to do it and it isn’t boring.  Nearly the entire trail has great views and the views at the terminus are simply breathtaking.  Plus, unlike Diamond Head, it’s free.  Just be sure to get here early, bring ample water, and use the restroom before you get here. 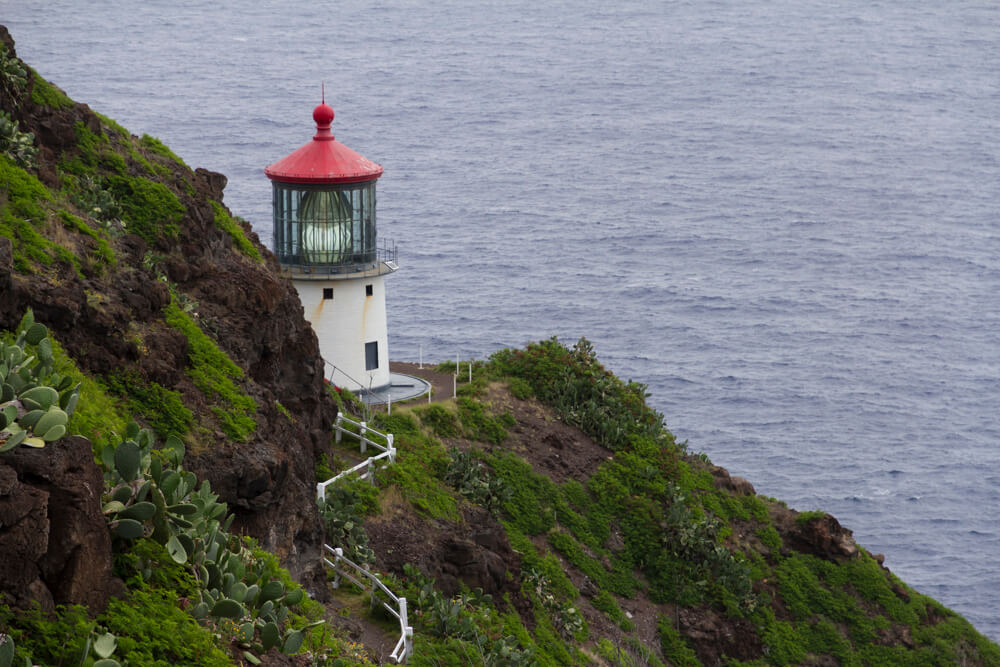 And no, you can’t visit the lighthouse.  It is very off limits.  That path in the above photo is also off limits.  But it does make for some lovely photos!