If you didn’t already know, I’m a big David Chang fan. His Momofuku empire, which includes Milk Bar, represents a major turning point in American dining, and for a good reason. So when Chang announced his new line of Momofuku Instant Noodles, I knew I had to give them a try!

When Chang began teasing his Momofuku Instant Noodles line, I put myself on the announcement list for the official launch. Pre-sale came, and I was lucky enough to score a sampler pack before they QUICKLY sold out. So, here is my review of each of these noodles. 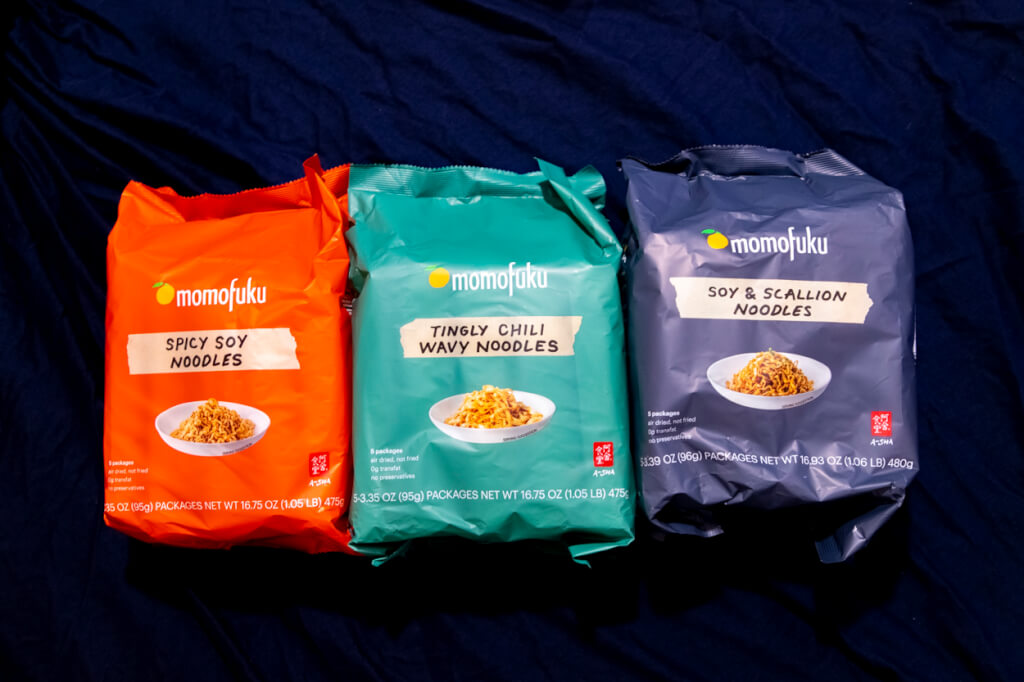 If you buy the sampler pack, you’ll receive a total of 15 bags of noodles across three different flavors – Soy + Scallion, Spicy Soy, and Tingly Chili. As you’d imagine, two of these are fairly similar, while one is completely different – that’s both in terms of flavor and noodle shape. That said, all noodles are air-dried, making them healthier than the instant ramen crap we’re used to, and all cook up within 3-4 minutes. Oh, and you need to drain all your noodles after cooking.

The primary flavor I wanted to try of the three was the Soy + Scallion. As the name suggests, this flavor is a soy sauce-based one. In the pack is also a pouch of dehydrated scallions. The noodles included with this flavor are the thinner variety, though they’re still thicker than your standard instant ramen noodle, which I like. 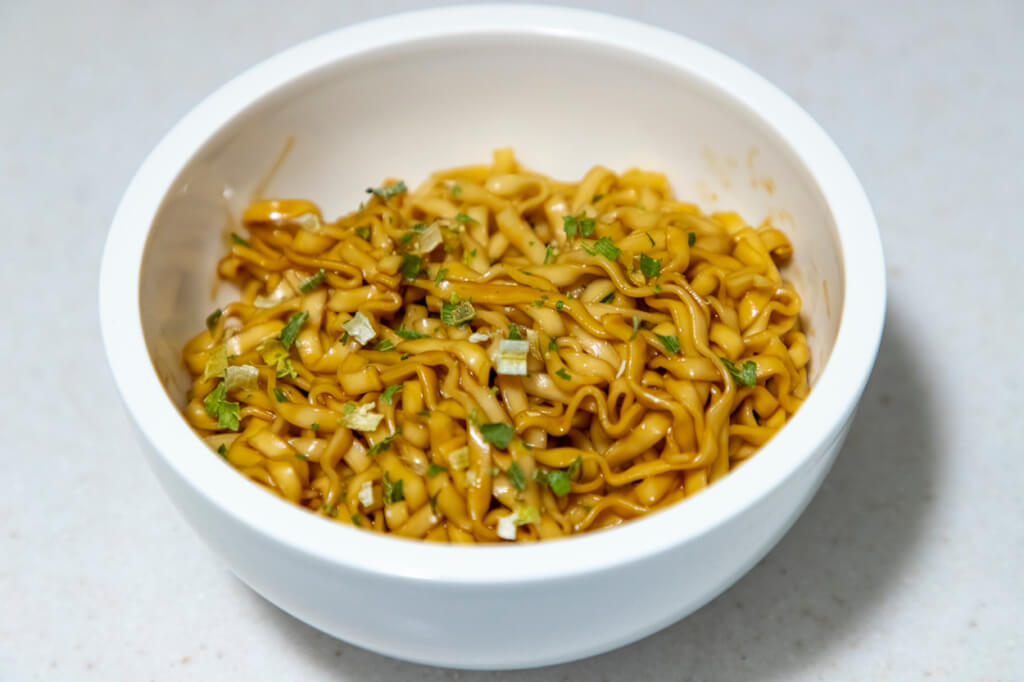 First off, let’s talk noodles. If you don’t overcook them – don’t take too long draining and saucing – the noodles have a wonderful chewy bite to them. They’re perfect, really. In fact, I think it’s the best instant noodles I’ve had yet, aside from Nissin Raoh. Flavorwise, I’m a fan of this one. The soy flavor is a little light for my liking, though it’s nicely balanced with a touch of sesame oil and the dried scallions. I like to add a touch of Momofuku Soy Sauce to boost the flavor a tad, but that’s just me.

Given the name, it wouldn’t be far-fetched to think that this flavor is exactly the same as the Soy + Scallion minus the scallion and add some spice. And that’s exactly what it is. The noodles are identical, as is the overall flavor profile. As far as spice goes, it’s a bit much for me, though Mrs. Island Miler wasn’t bothered by it one bit. The spice is a slow burn that builds the more you eat it, so watch out if you’re sensitive to heat! 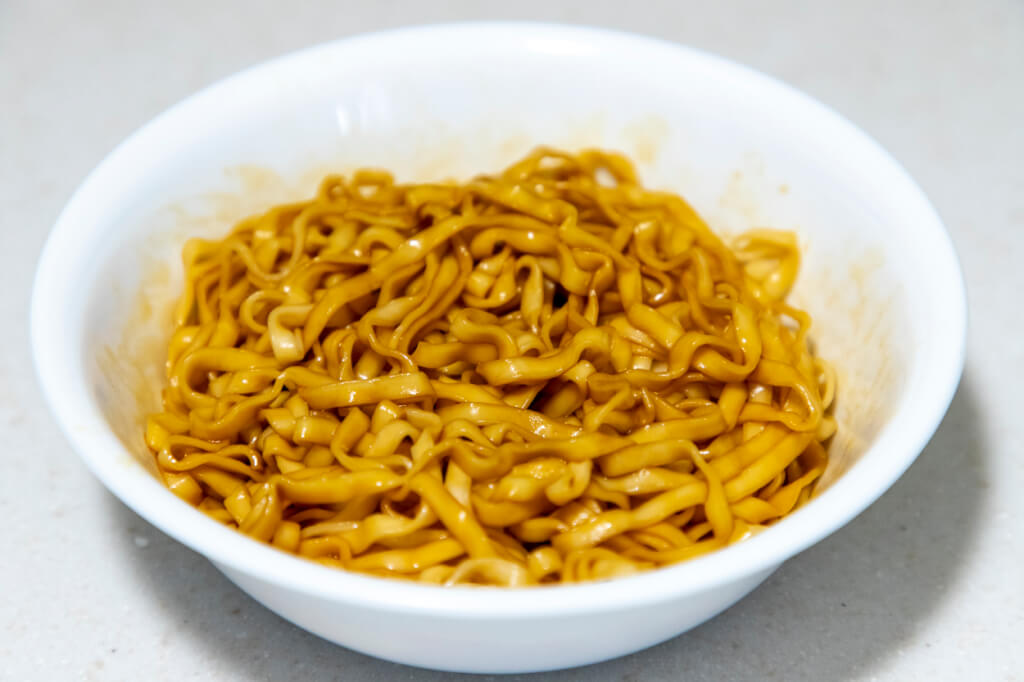 This flavor is the oddball out of the three. It has a much more spicy flavor, dominated by a wonderfully complex star anise-influenced flavor profile. The spice levels are a bit much for me once again and are a little more in-your-face. Once again, though, it was not an issue for Mrs. Island Miler, who thought it could be spicier. So, your mileage may vary!

As for the noodles themselves, I loved these wider, wavy noodles. The texture is largely the same as the skinnier ones, but these carried a little more bite. 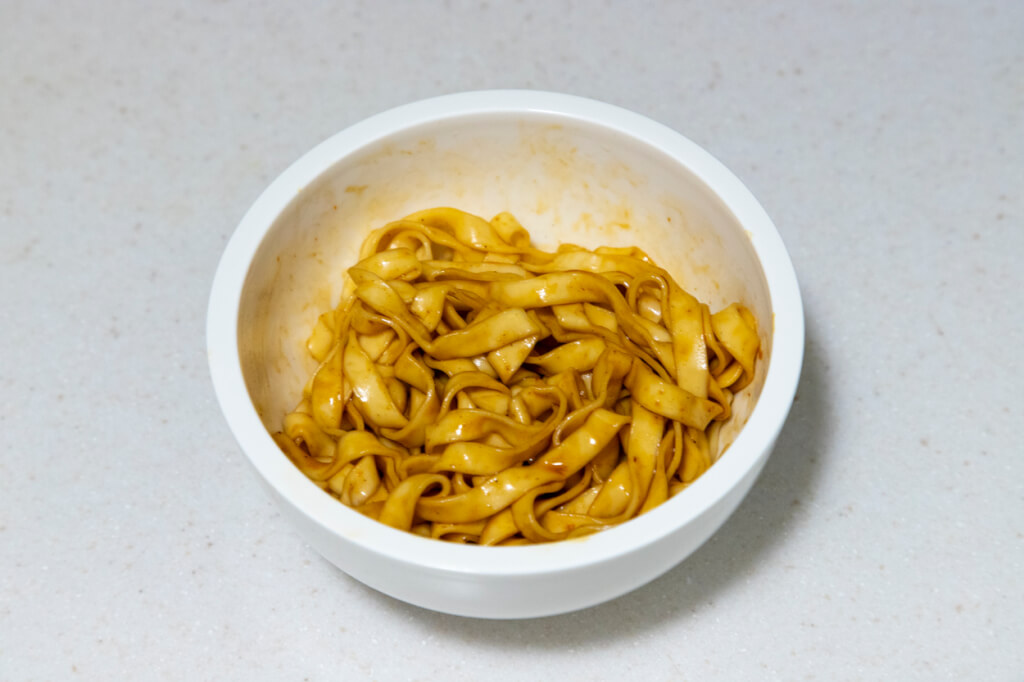 Overall, I was pleased with my purchase. As is the case with everything else I’ve bought from Momofuku’s online store, these Momofuku Instant Noodles didn’t disappoint! So, if you’re in the market for quick, tasty noodles, especially ones that aren’t your typical soup-based ramen variety, you should totally give these a try. Personally, I’ll most definitely buy at least the Soy + Scallion and Tingly Chili flavors again. They are, without a doubt, one of my favorite instant noodles around today. That said, at $36 for a pack of 15 (including shipping), these are decided expensive instant noodles. But, for occasional use, I think these are well worth the money and great to have in the pantry.

Momofuku Instant Noodles still aren’t available for regular purchase, but keep an eye out for them at Momofuku Peachy Keen.