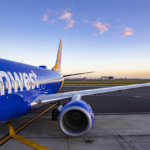 Great news, Hawaii travelers! Southwest now serves all major Hawaii airports with the inauguration of the Airline's new Hilo service this past weekend. But their growth in the aloha state isn't over yet. … END_OF_DOCUMENT_TOKEN_TO_BE_REPLACED 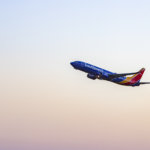 Recently, I booked a trip to Kona for Mrs. Island Miler and I. Things are quite different from the last time we traveled inter-island, so let's talk about booking Hawaii inter-island travel in the Southwest era. … END_OF_DOCUMENT_TOKEN_TO_BE_REPLACED 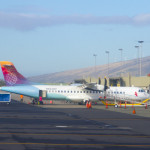 In my last post I discussed flying Hawaiian Air inter-island.  Today I'll be going over the other two carriers with schedule inter-island service, Island Air and Mokulele Airlines. Island Air is Hawaii's second largest airline.  They operate a fleet of ATR 72-212 aircraft, which are larger than those operated by Ohana by Hawaiian.  The airline, once the commuter unit of … END_OF_DOCUMENT_TOKEN_TO_BE_REPLACED