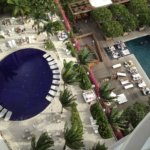 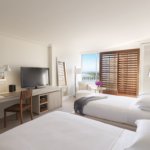 Guess what?  A Las Vegas-based timeshare company is buying The Modern Honolulu. … END_OF_DOCUMENT_TOKEN_TO_BE_REPLACED 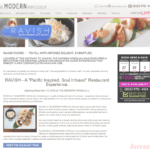 A few weeks ago I reported that the Modern Honolulu would be ending its licensing agreement with Chef Masaharu Morimoto, better known as the Iron Chef Japanese.  The property, however, had stated that the restaurant would remain open and retain all of its staff, even through its planned close date of December 8.  What wasn't clear, however, was what exactly the restaurant space … END_OF_DOCUMENT_TOKEN_TO_BE_REPLACED

As I reported a couple of weeks ago, the Morimoto Waikiki is closing on December 8, 2016.  The reasons for the closure was, and continues to remain unknown to the public.  But some additional details have recently come to light, and it's interesting.  Especially when you consider the relationship of the overall Modern Honolulu and Morimoto Waikiki. According to the … END_OF_DOCUMENT_TOKEN_TO_BE_REPLACED