On Friday I received a letter stating Barclays is changing Hawaiian Airlines benefits for its co-branded World Elite Mastercard.  And, on balance, I think the changes are positive.

Before I discuss the Hawaiian Airlines World Elite MC changes, though, let’s take a look back at Citi’s changes to the AAdvantage Platinum Select.  Back in April, Citi announced that the AAdvantage Platinum Select would gain 2x earning on restaurant and gas station purchases.  This, of course, is in addition to the 2x miles already earned on American Airlines purchases.  And hey added a $100 companion discount when you spend $20,000 on the card in a calendar year.  That discount is such an awful value that it made me laugh.  But the changes coming to the Hawaiian Airlines card, aren’t quite so dubious. 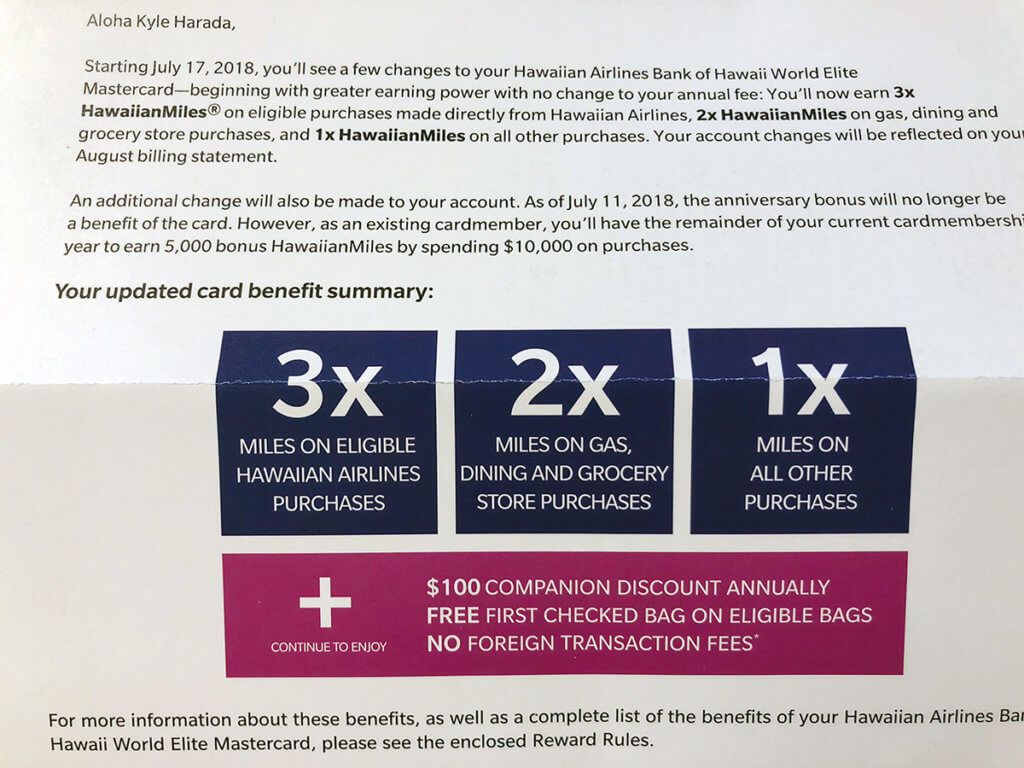 In the letter, it states “free first checked bag on eligible bags.”  And, traditionally, this has meant the first checked bag free for the cardholder only.  But, this benefit has “bags,” as in more than one.  Unfortunately, the disclosures don’t offer any clarification regarding this.  So we’ll just have to wait and see if this benefit changes.  I’m not going to hold my breath, though. 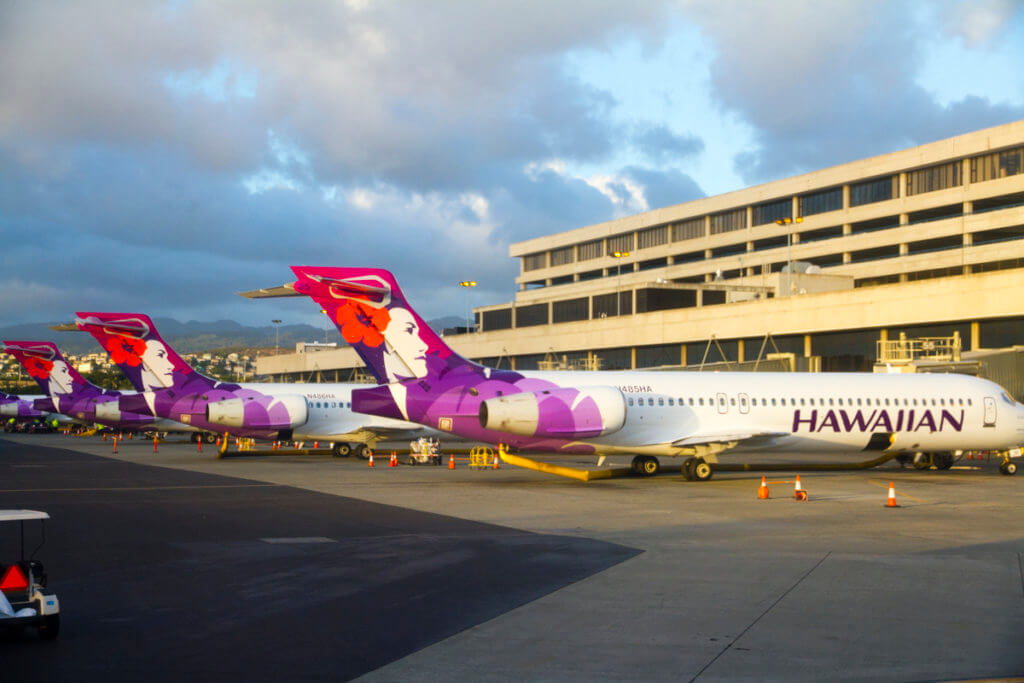 So while your ability to earn miles with the changes coming to the Hawaiian Air World Elite Mastercard, it still isn’t that great a card.  Your earning power is much higher with a Chase Sapphire Reserve paired with a Chase Freedom and/or Chase Freedom Unlimited.  Plus it takes less Ultimate Rewards points to redeem for an award flight.

Alternatively, for infrequent travelers, there are better values out there as well.  Remember, both the Alaska Airlines Mileage Plan Visa and Delta Gold Amex cards come with annual companion certificates.  And both cards offer free checked bags for those traveling on your itinerary; not just the primary cardholder.  The Delta Amex does carry a higher annual fee than the Hawaiian Air World Elite Mastercard.  But the Alaska Air Visa’s annual fee is lower.