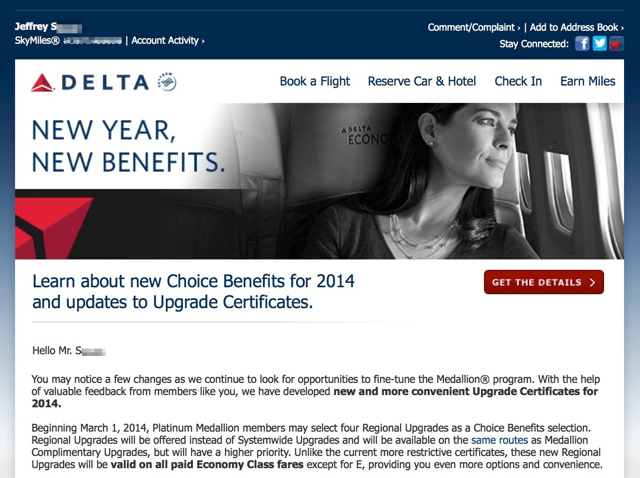 I have been a Delta Platinum Medallion for the past several years, reaching the 75,000 Medallion Qualifying Miles threshold for Platinum status fairly painlessly along the way. Usually I am somewhere between 25k to 40k short of reaching Diamond Medallion status, but elect not to go out of my way to earn the 125,000 MQM’s needed to reach Diamond status. Instead, I have decided to let the miles over 75,000 roll over for qualifying the next year.

This year I even went as far as gifting my wife the 15k MQMs I gained by reaching $60k in spend on my Delta Reserve card. I figured that she needed them more than me (to reach Gold Medallion), with the incremental benefits offered for reaching Diamond Medallion status not being worth all of the extra flying needed to qualify. I will end the year at ~95,000 MQMs as a result.

While I have many reasons for my decision, I know that I am not alone in the sentiment that it may be a good idea to come in just short of Diamond status and rollover the rest of the miles for the next year. Here’s a post from the Points Guy explaining why it’s sometimes a good idea to avoid Diamond status and rollover your miles to make qualifying the next year easier. This Flyertalk thread discusses the reasoning. However, in 2014, achieving Delta Diamond Medallion status is becoming more worthwhile. 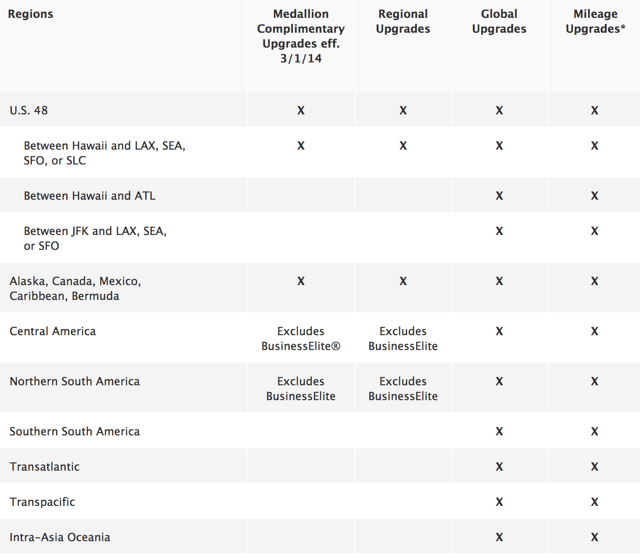 Beginning in 2014, it now makes complete sense to shoot for Diamond status if you are a frequent Delta flyer.

The first reason is that with the introduction of Medallion Qualifying Dollars (MQDs), rollover miles are only valuable to Delta Amex cardholders who spend $25,000 a year with their cards. In September I wrote about how MQDs and Rollover Miles don’t Mix, which makes the concept of achieving Platinum status but avoiding Diamond Medallion a less sound decision.

The second reason was announced yesterday when Delta rolled out changes to their nearly worthless Systemwide Upgrades program by allowing Diamond Medallion members to choose 4 Global Upgrade certificates upon reaching Diamond Status beginning in the year 2014. Instead of having to purchase a full-fare economy ticket in order to upgrade their flight (which usually costs nearly as much as a business class ticket), these upgrades are on all paid economy tickets outside of the E fare class. 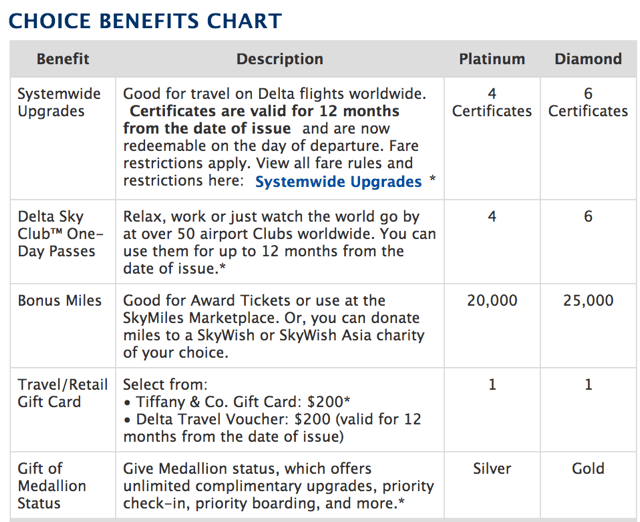 Compared to the current choice benefit options from Delta, getting 4 guaranteed first class seats (2 round trip tickets) holds more value than the other options, with the potential exception of gifting medallion status to friends and family.  The value of an upgrade from coach to first class could be as low as $50 to over $1,000 per ticket. Among the Choice Benefit options, this provides the most upside potential.

For Diamond Medallion members, assuming that a Global Upgrade is truly as easy to use as it appears to be (I am still skeptical given Delta’s IT issues), choosing the Global Upgrades becomes a no-brainer because it can produce a significant amount of incremental value over a standard coach ticket. Take my upcoming trip to South Africa for example. A business class ticket is over $7,000 round trip, while the same flight in coach is less than $2,000. In this case, 2 Global Upgrade Certificates could provide value of over $5,000 per ticket. 4 Global Upgrades provided an opportunity to gain significantly more upside than the other options.

In addition, Global Upgrades make for a nice vehicle to have in your back pocket when prices for a Skymiles Award ticket are at high levels of miles. Since I am on the cusp of booking a flight to South Africa, I will use it as an example here as well. Would you rather pay 380,000 Skymiles for a Peak level award to South Africa or book a ~$1,800 coach fare and apply 2 Global Upgrades to get that seat? I would definitely choose the Upgrades in that case.

When it comes to getting the best values for our travels, it’s all about having options in our repertoire to find the most value. Diamond Medallion members will now have more options for finding value.

Now I Want to Shoot For Diamond Medallion

With the ability to maximize value in the Delta Skymiles program, I now believe it makes complete sense to concentrate on becoming a Diamond Medallion beginning in 2014. Fortunately, I will be starting out with around 20,000 rollover miles and if I can get another 30,000 MQMs with my reserve card + a signup bonus for getting another Skymiles card, I would need to fly less than 75,000 miles to make Diamond in 2014. I can smell Diamond status from here!

Since Global Upgrades are not even available to Diamond members until March 1, 2014, everything that I am writing (and others are writing) is speculation based on Delta’s announcement. It may turn out that certain terms change or other rules are enforced to make this deal less lucrative. As it stands, I am very excited about the enhancements to Diamond Medallion status, and I am looking forward to making a run at 125k MQMs in 2014.

There are many other great questions and answers in the comments on Delta Points, so I highly recommend that you check out what Rene has to say.

The Downside of Regional Upgrades

If you travel often between New York’s JFK airport and the west coast on a transcontinental flight, you are now pretty much screwed out of any chance to get an upgrade on this flight. Delta is now treating their transcontinental JFK-SFO, LAX, SEA flights they same way they treat any international flight. That means no complimentary first class upgrades for any Medallion members. While I have never needed to fly these routes, I can imagine that this change will enrage many of Delta’s frequent flyers based on either coast.

Will You Change Your Behavior?

Will these new changes to the Delta program make you change your earning behavior in 2014?