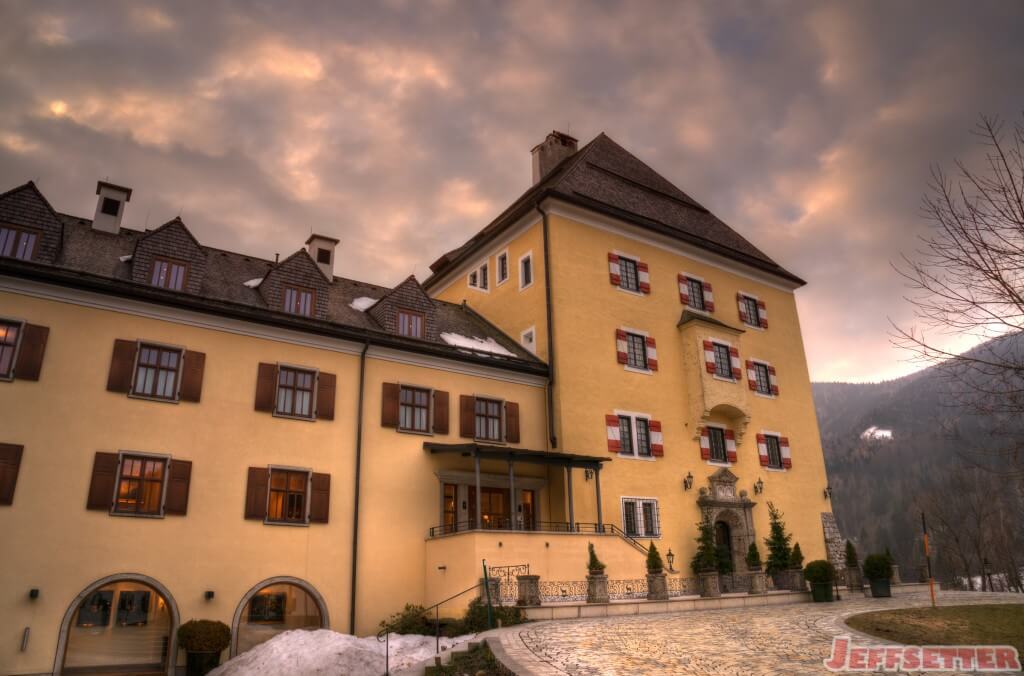 This is a delightful property.

Sure, the hotel has overwhelmingly positive reviews on every website.

Sure, it’s located on a lake with tremendous mountain views.

Sure, it was built in 1450 and has and has “hosted archbishops, empresses and film stars” ever since.

Even with all of that, our expectations were blown away by the Hotel Schloss Fuschl, a Luxury Collection (SPG) property located about 15 minutes from Salzburg in Austria.

Maybe it’s because Game of Thrones premiered the 5th season last night (tangent: is Valar Morghulis is the original Yolo?) or maybe because we were staying in a castle, but I’m going to call the bathroom the throne room for purposes of this review.

While the room was not overly large, it did have two features that you don’t commonly see in a hotel.

Second (not pictured), the bathtub had sliding doors that opened up to have a view of the lake. A soak with a view, if you’re into that. I chose to take advantage of the spa instead.

The hotel minibar was complimentary, and refreshed daily. The water was used often. We never would let a good beer go to waste, either.

There was also a pre-mixed Red Bull and cola drink, which I have never seen stateside.

During this stay I waited until nobody was present and took a ton of pictures of the pool area of the spa (gorgeous and classy spa). Taking photos in these areas is creepy, so I only will take photos if there is nobody present.

Fortunately, there was an opening to take pictures… and I took many, many awesome photos… Only I can’t share them with you. Why?

Confession time: I sometimes sleepwalk. Usually nothing too bad, but it often happens at hotels. Thankfully Mrs. Jeffsetter wakes me before I can do too much damage.

During a dream I must have been stressing about space on my memory cards, because I have a faint recollection of waking up at night and formatting my camera’s memory card to clear space.

The next morning I woke up and there were no photos on the camera. Fortunately all of the hotel photos had already been downloaded. Just the spa pics were missing. If you want to see the spa, here is a Google Image search result that should suffice.

Our stay was in March, but it still felt like winter as we walked the hotel grounds (about 30 degrees Fahrenheit). There are many photo opportunities available, but most of our focus was on the lake and mountain views.

The views from this hotel were so amazing that it has already inspired not one, but two photo of the week posts since our stay. One was very early in the morning sunrise picture.

The other was right before sunset, with cloud cover cooling the photo to a nice blue.

This is a very photogenic property, and it should make for great photos any time of year!

Breakfast was included in our rate. It was excellent.

They thought it was weird that I was standing behind the barista counter. Naturally I blamed jet lag. But in reality, the hotel should have coffee options .

We ate dinner at the hotel restaurant both nights, but I did not take any formal pictures. Because only tourists do that!

I did sneak an iphone shot of my “pork two ways” entree. It was excellent. 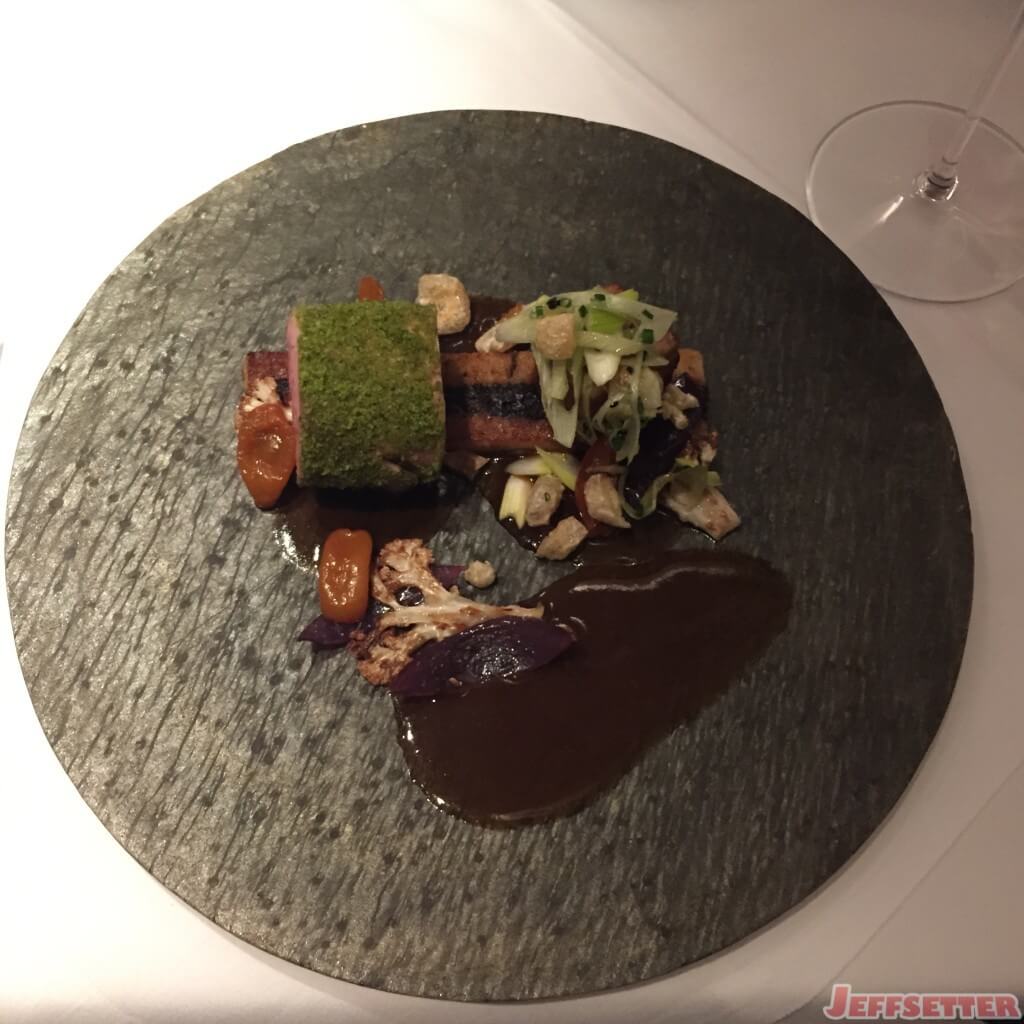 Everything was spot on with this meal. Wine pairings, food, desserts.

We stayed at some awesome alpine hotels during our recent trip Switzerland, Austria and Germany. This was our favorite stay of them all.

If you want excellent food, great views and a taste of how the nobility lived in the year 1450, you will also love this hotel.

We will be back.