After brunch at Isabels Cantina, we headed out to visit, at my request, the Oregon Rail Heritage Center.  But first we stopped at Cathedral Park under St. John’s Bridge, a beautiful suspension bridge with gothic style towers and piers. 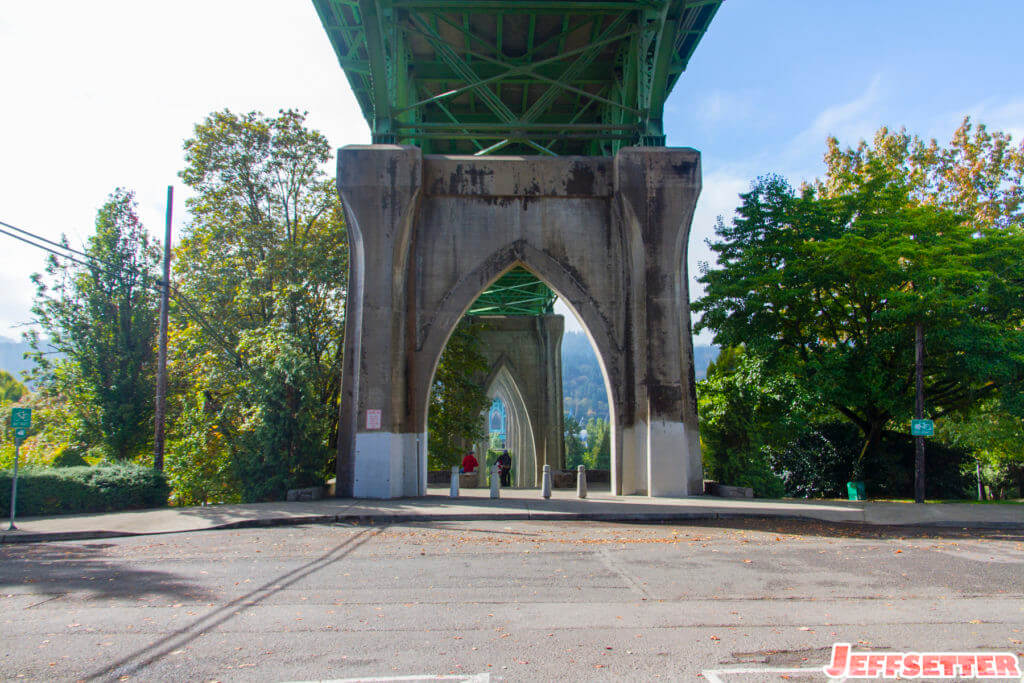 We then drove over the bridge on our way to our next destination. 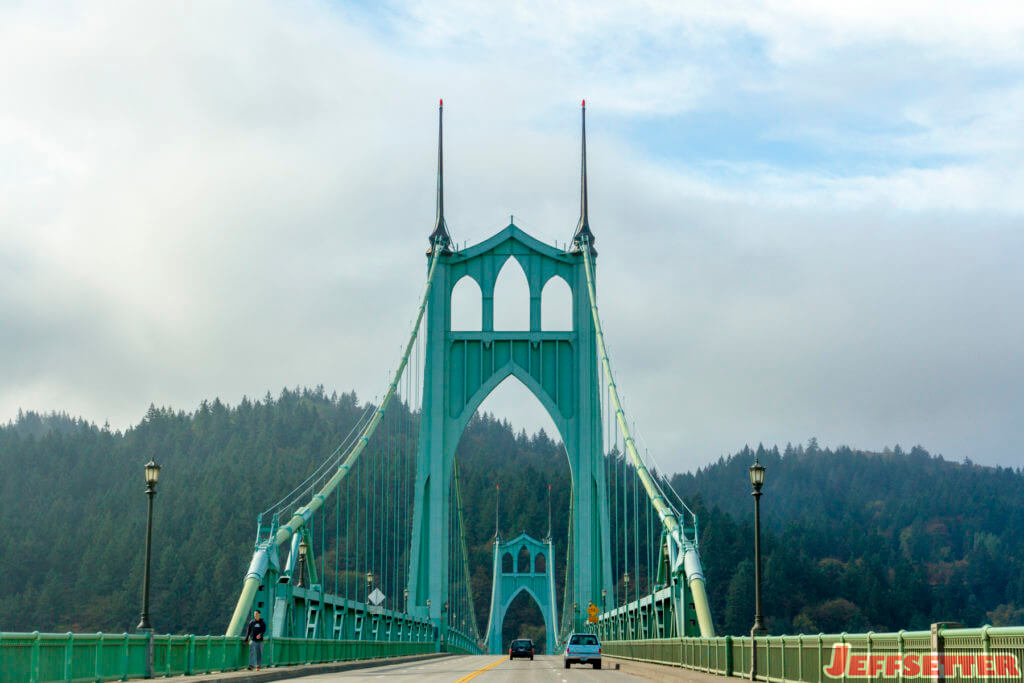 Admittedly the Oregon Rail Heritage Center was a bit of a selfish visit for me, as I’m the only person I know that’s a railfan.  But this was someplace I had to visit in P-Town! 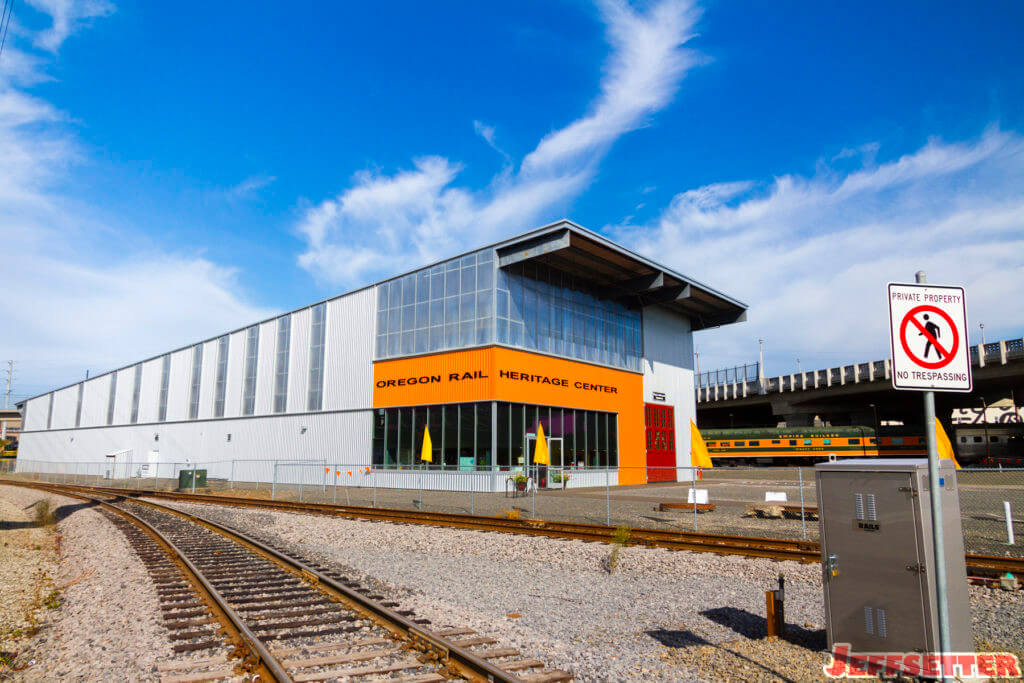 Constructed and maintained by the Oregon Rail Heritage Foundation, the Oregon Rail Heritage Center is located in Southeast Portland near the Oregon Museum of Science and Industry.  It is open Thursday thru Sunday from 1pm to 5pm, meaning our first full day in Portland (Sunday) would be the only day while we were there that we could visit it.  Parking is located across the street, under the viaduct, or you can get here via the TriMet MAX Orange Line, Portland Streetcar Loop Service, or TriMet bus service.

The Center is home to 3 historic steam locomotives owned by the City of Portland and maintained by the Foundation.  Two of the locomotives are operational, while a third is undergoing restoration. 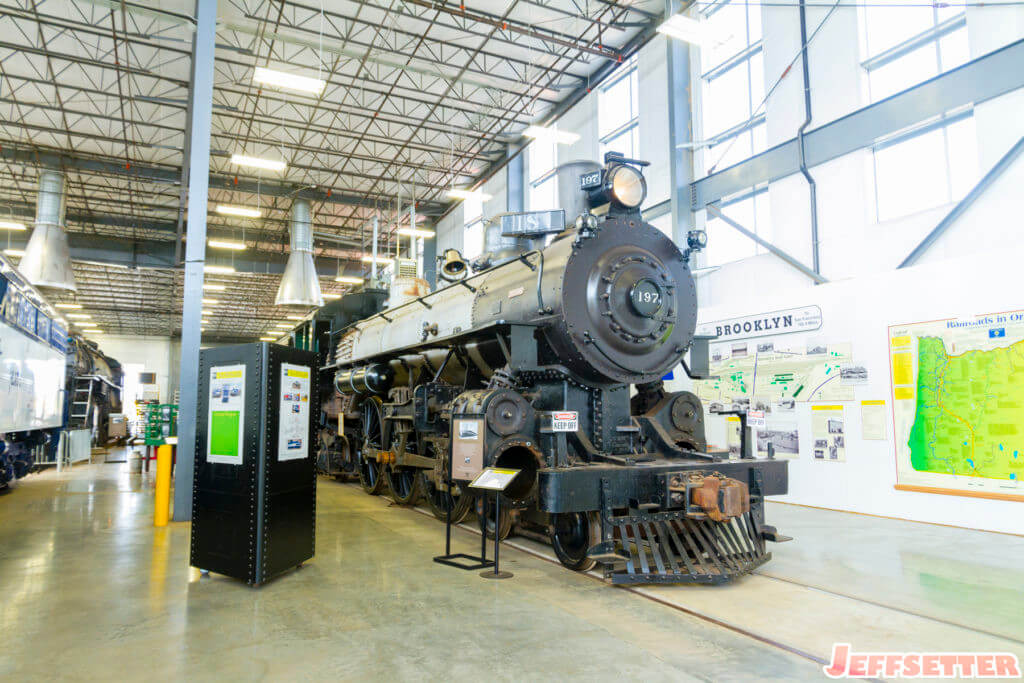 The sole inoperable locomotive at the Center is the 111 year old Oregon Railroad & Navigation Co’s #197.  It’s a 4-6-2 Pacific class locomotive built by the Baldwin Locomotive Works in 1905.

The first of two operational steam locomotives at the center is the “middle child” in terms of age. 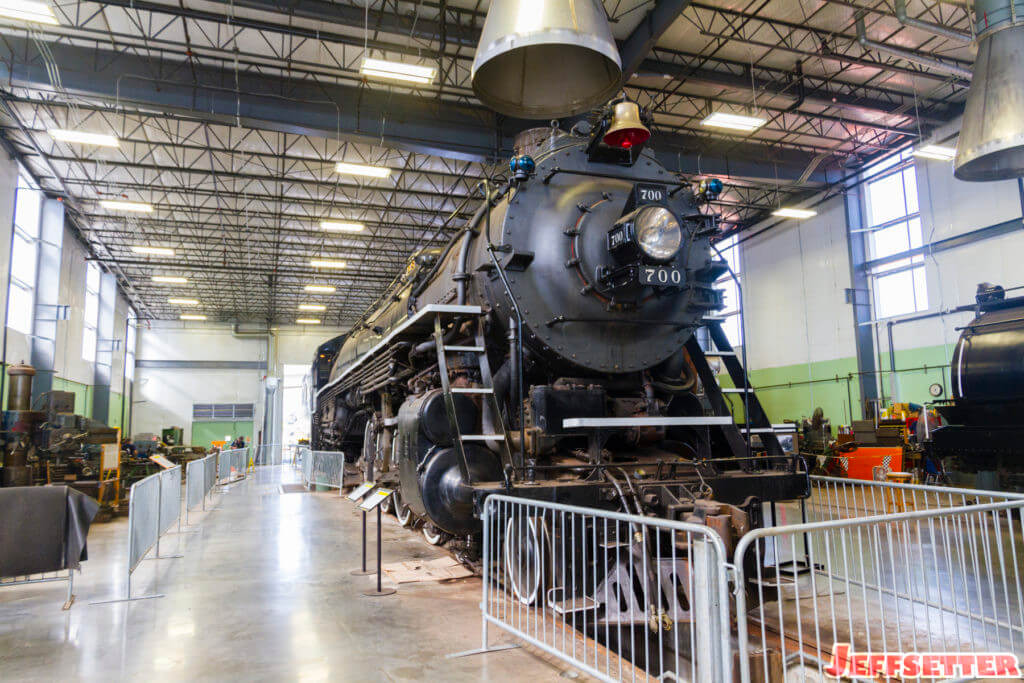 The former Spokane, Portland, and Seattle Railway’s #700 is an E-1 class 4-8-4 Northern, which was also built by Baldwin Locomotive Works, but in 1938.  Being an operational locomotive, it is much more complete than the 197, and even allows visitors a view of its cab, though from the outside. 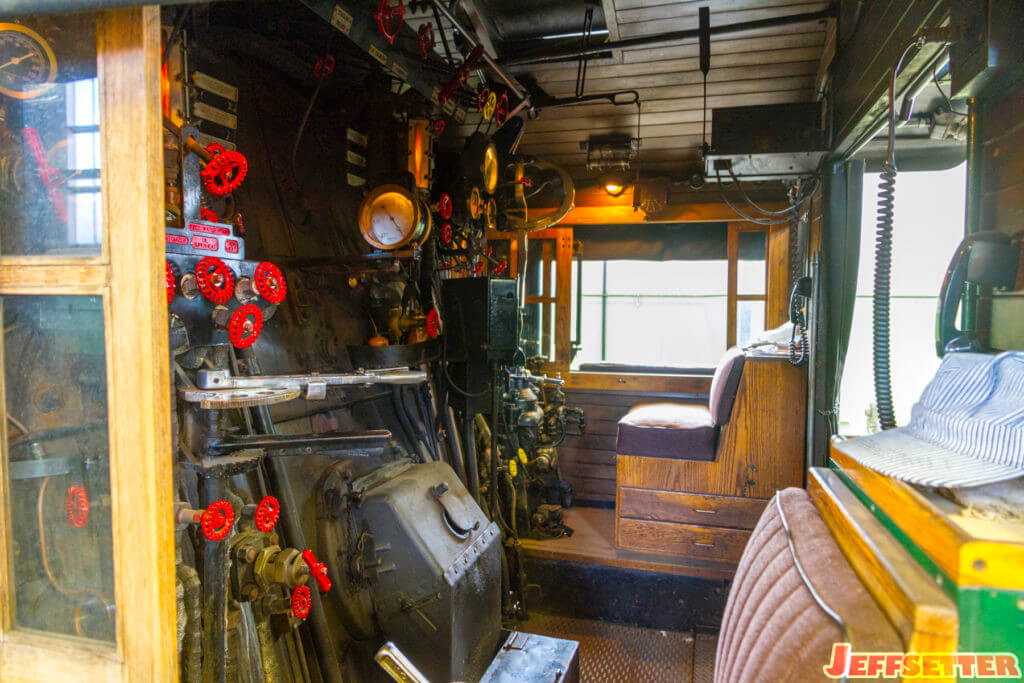 While not owned by the City of Portland, a mainline diesel locomotive does call the center home too. 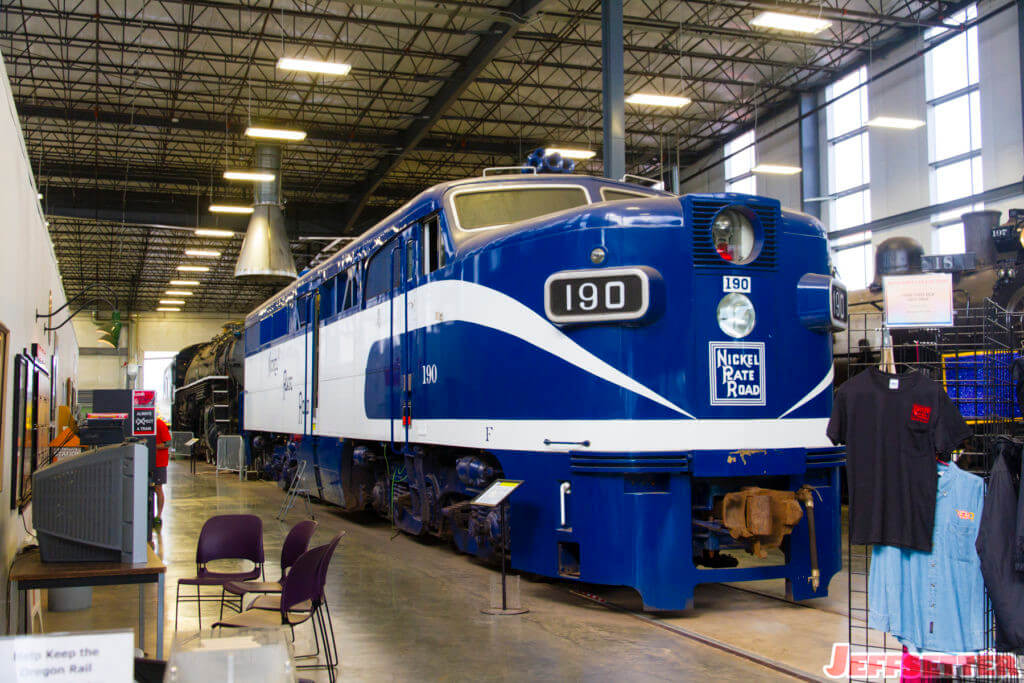 This Morrison-Knudsen PA4 diesel locomotive actually began life as an ALCO PA, and was built by ALCO in 1948.  It was acquired by Doyle McCormack (railfans know who he is) in the early 2000s, and was restored as the Nickel Plate Road 190 as she sits today.

But, the star of the Oregon Rail Heritage Center, as any railfan will tell you, is the Southern Pacific 4449. 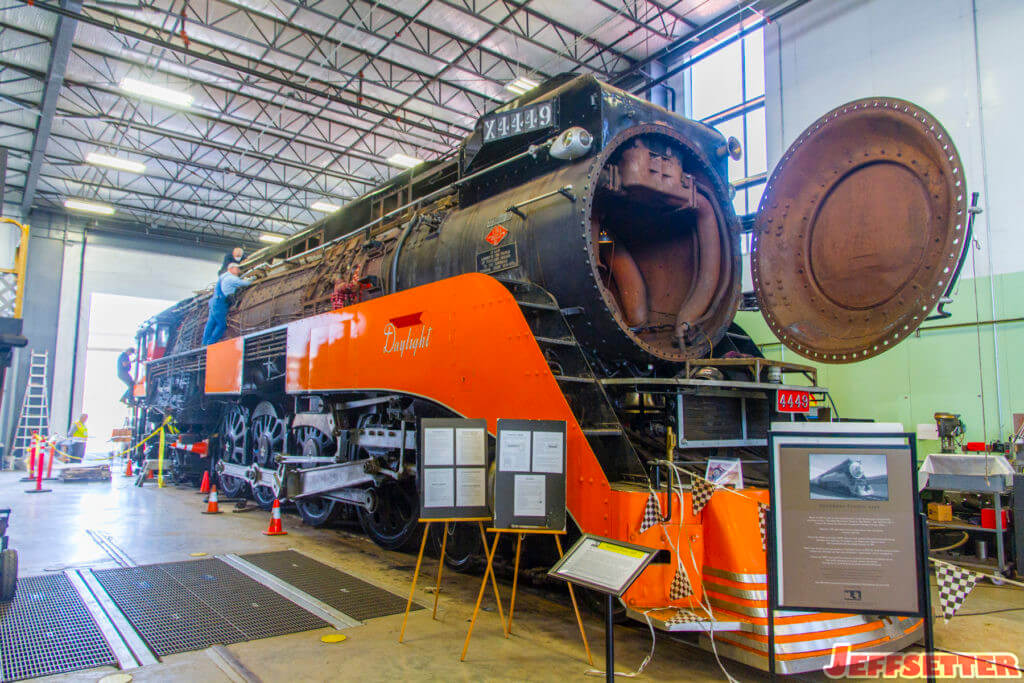 The SP 4449 is the only surviving example of the Southern Pacific Class GS-4 4-8-4 Northern type locomotives that once pulled their famous Daylight passenger trains.  Built by Lima locomotive works in May 1941, the 4449 and her sisters are often heralded as the most beautiful train in the world, and it’s easy to see why… well, sort of.  During our visit the 4449 was just finishing its rebuild, so she was in pieces.  The plus was that we got to see her at all, and a side of her not many see, but the downside was the fact that I couldn’t get a clean shot of her in all her glory. 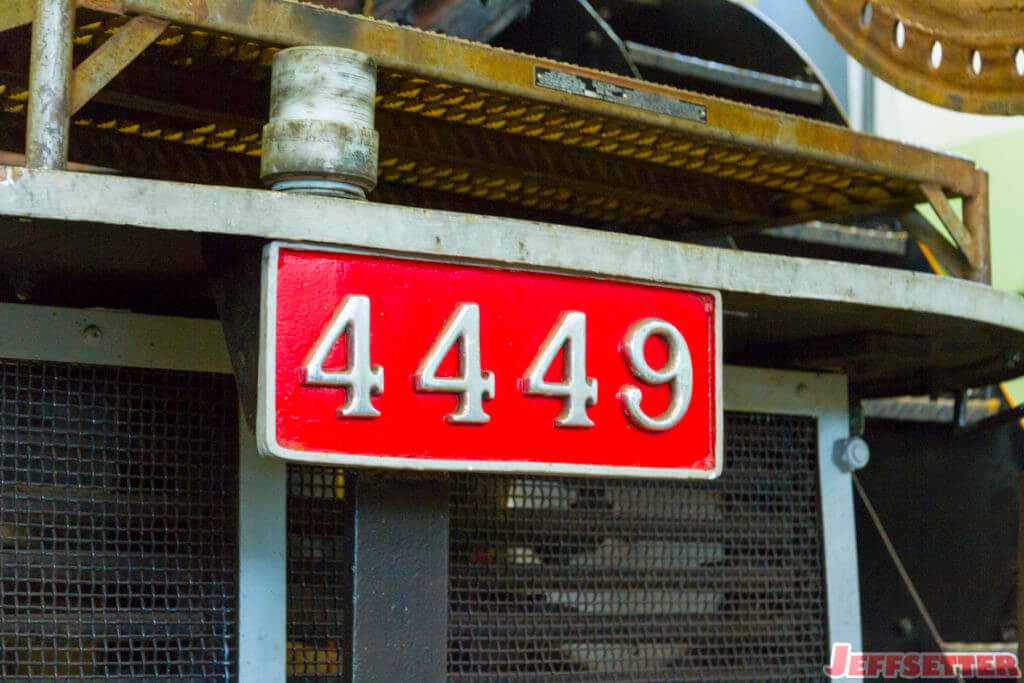 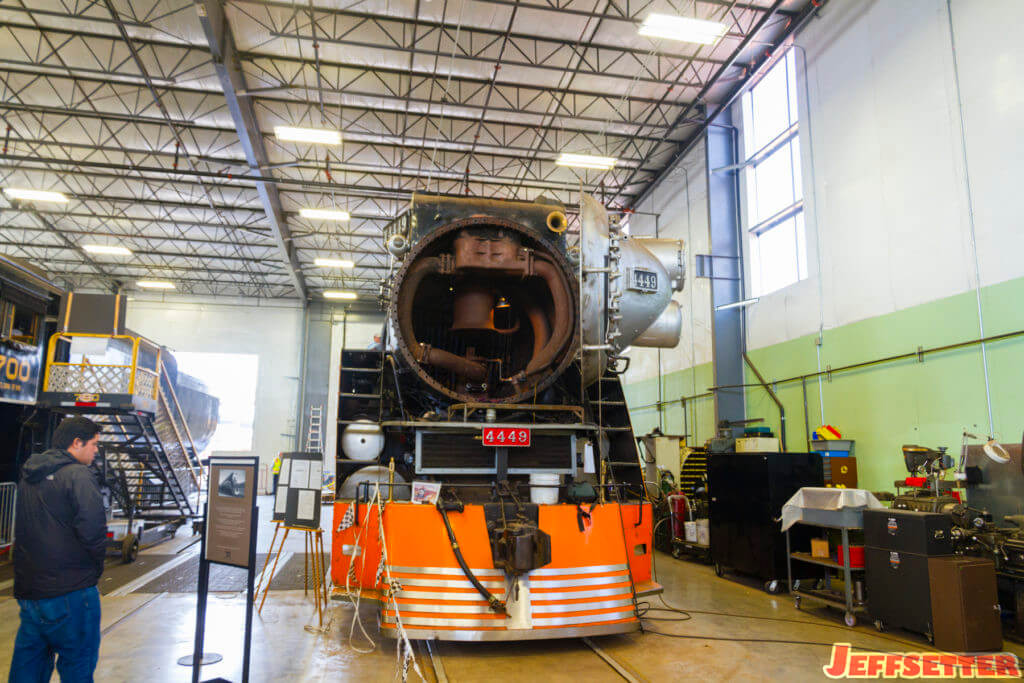 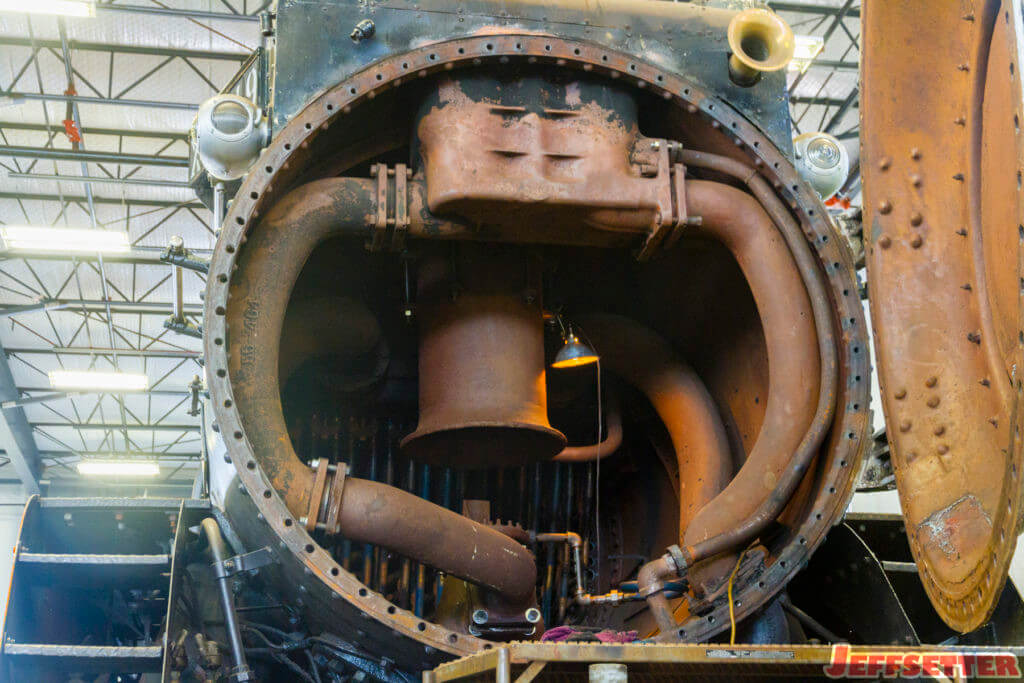 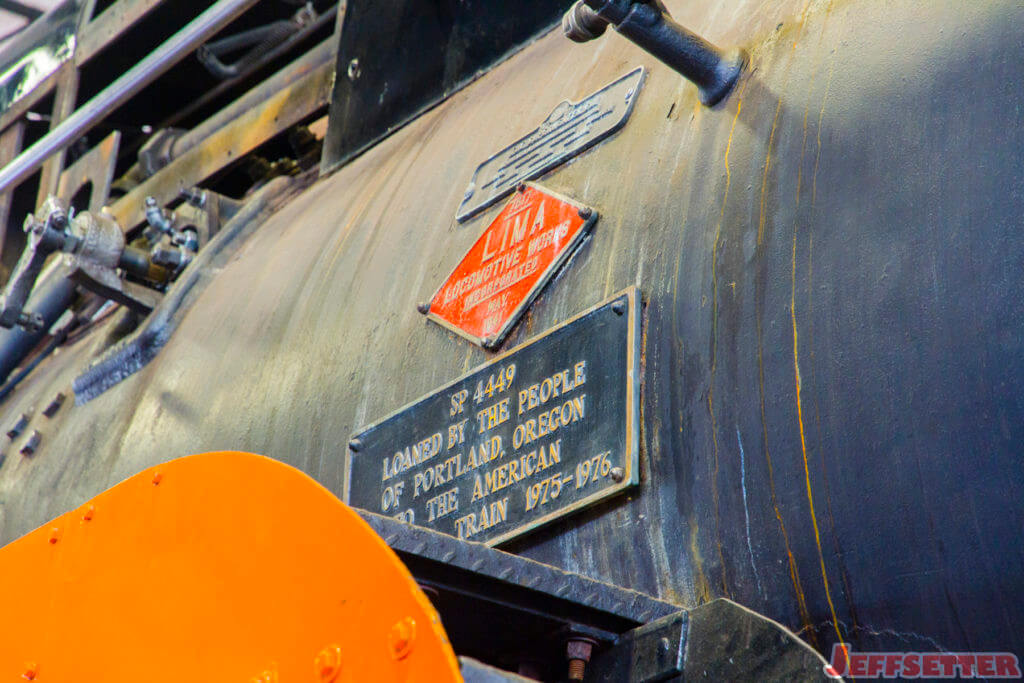 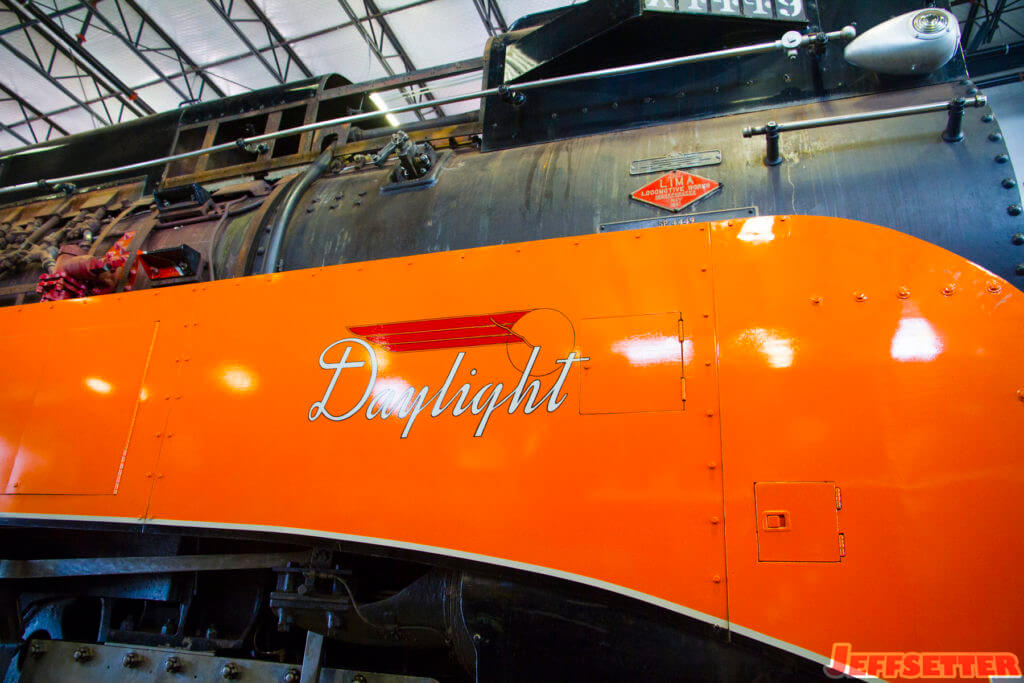 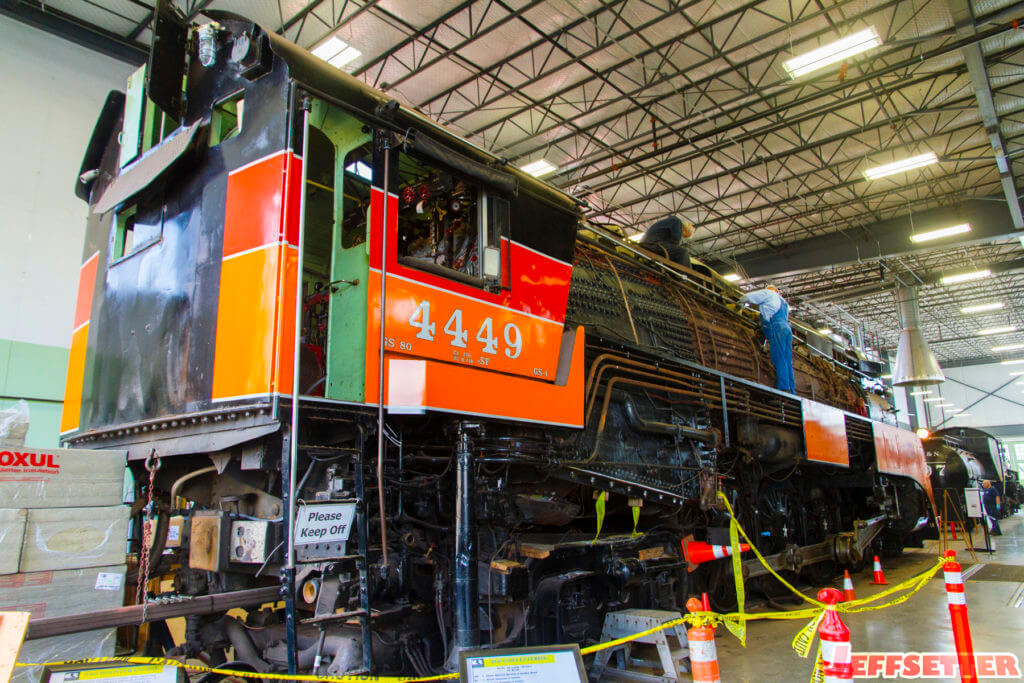 One of the Center’s volunteers was even kind enough to invite us behind the caution tape to take a look into the 4449’s firebox as another lone volunteer sat inside laying new fire brick inside. 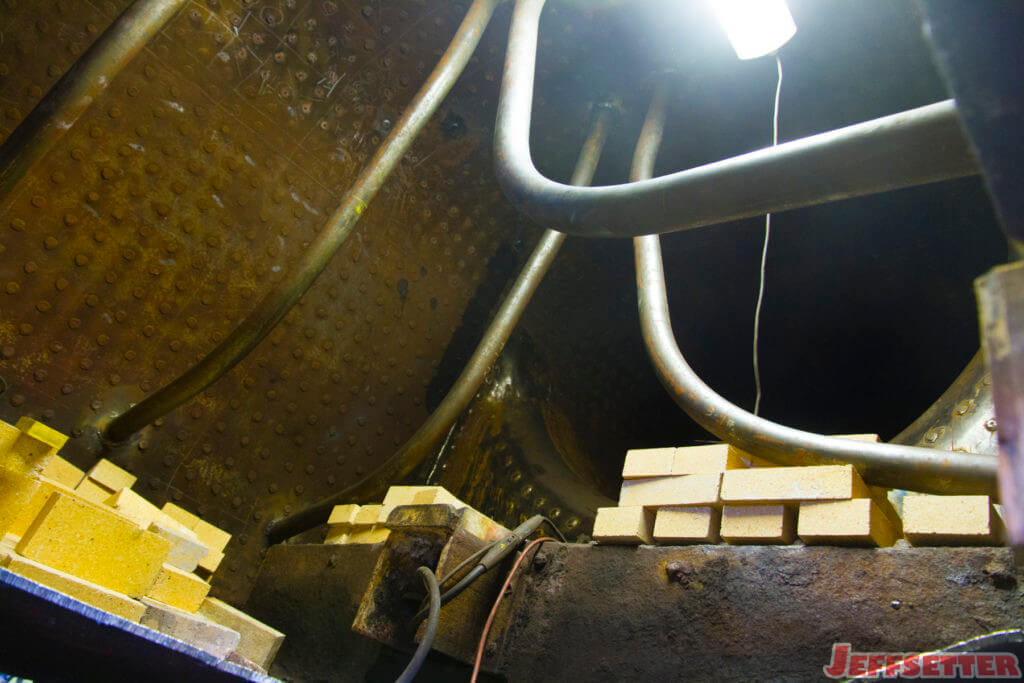 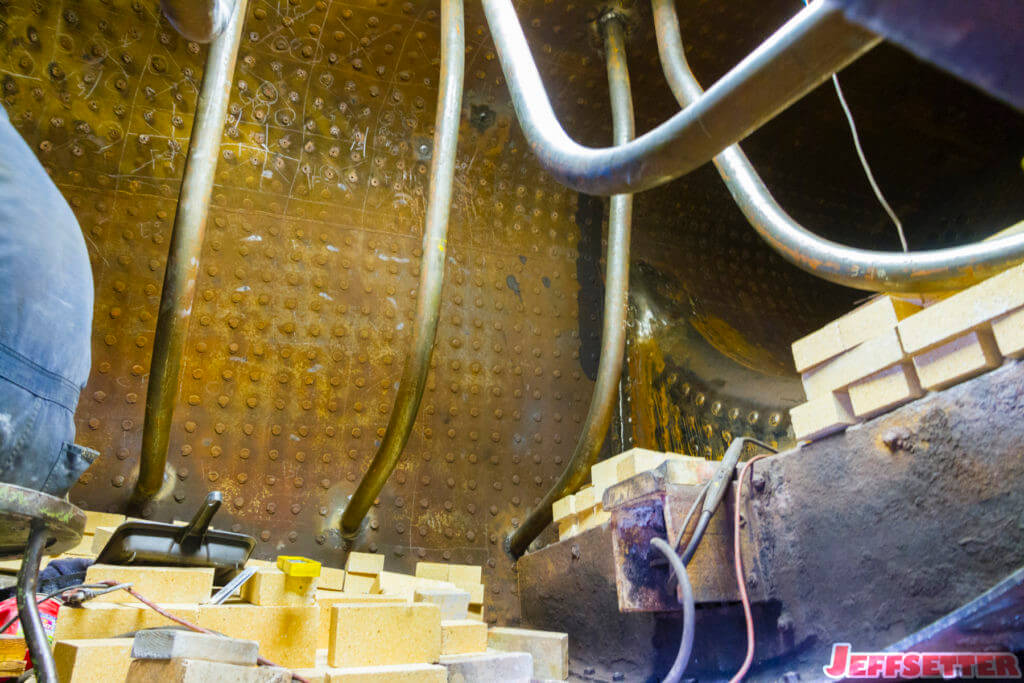 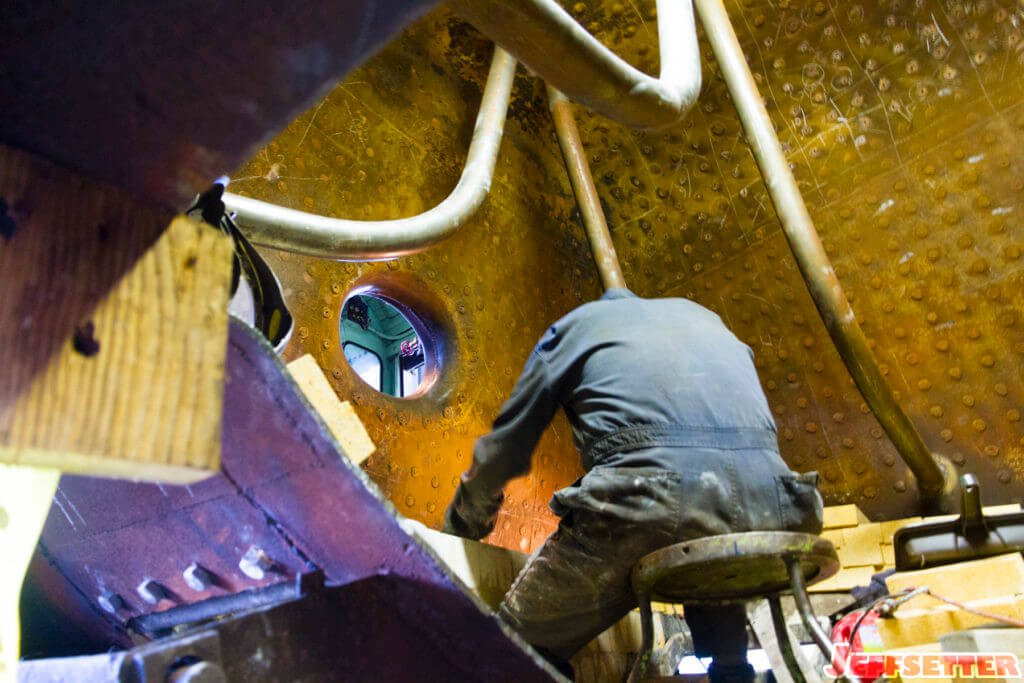 Oh, and Doyle McCormack was there too working on the 4449. 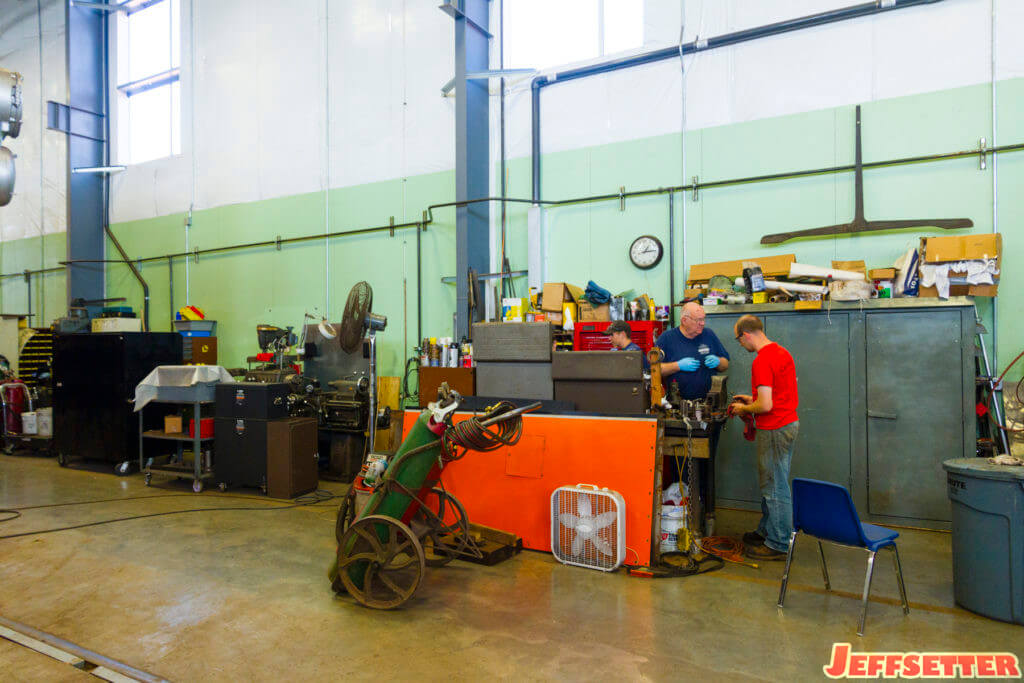 The amount of work it takes to keep these treasures running, as you can see, is immense; and it’s important to note that the Oregon Rail Heritage Foundation and the Oregon Rail Heritage Center run on donations.  Admission to the Center is free, but I highly recommend making a donation and/or purchasing items from the gift shop to support the Foundation’s efforts in preserving these treasures.  Even a small amount will help.

After we finished in the Center, we then took a little stroll along the TriMet MAX Orange Line, which runs right in front of the Center.  Conveniently, the best part of the line is right here too, the Tilikum Crossing. 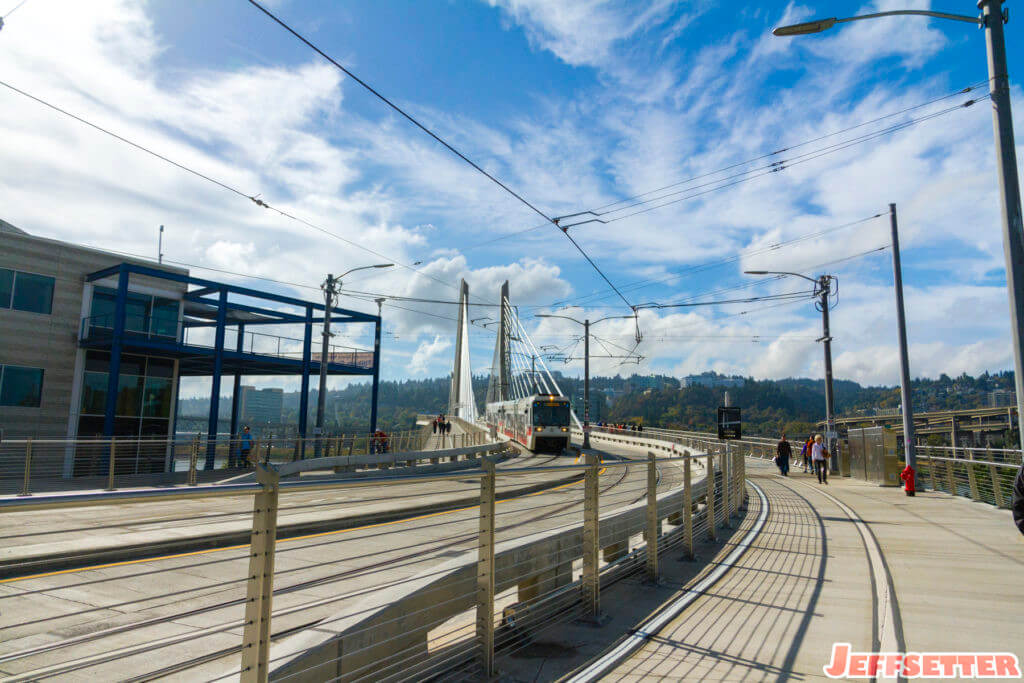 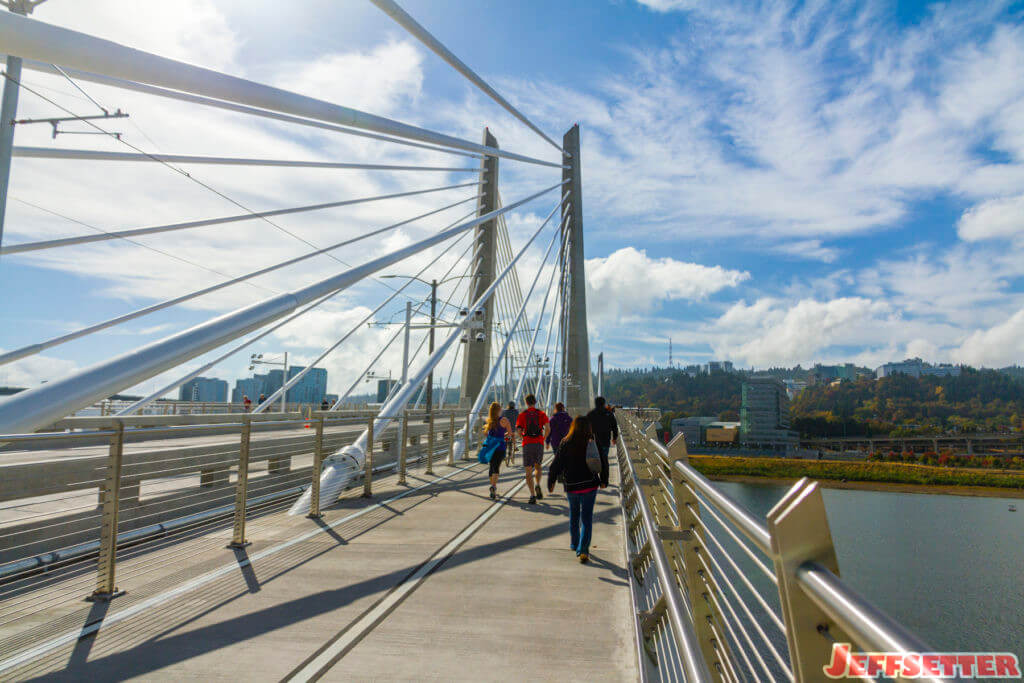 As you can see the Tilikum Crossing is a gorgeous cable-stayed bridge that looks right at home on the Willamette River. 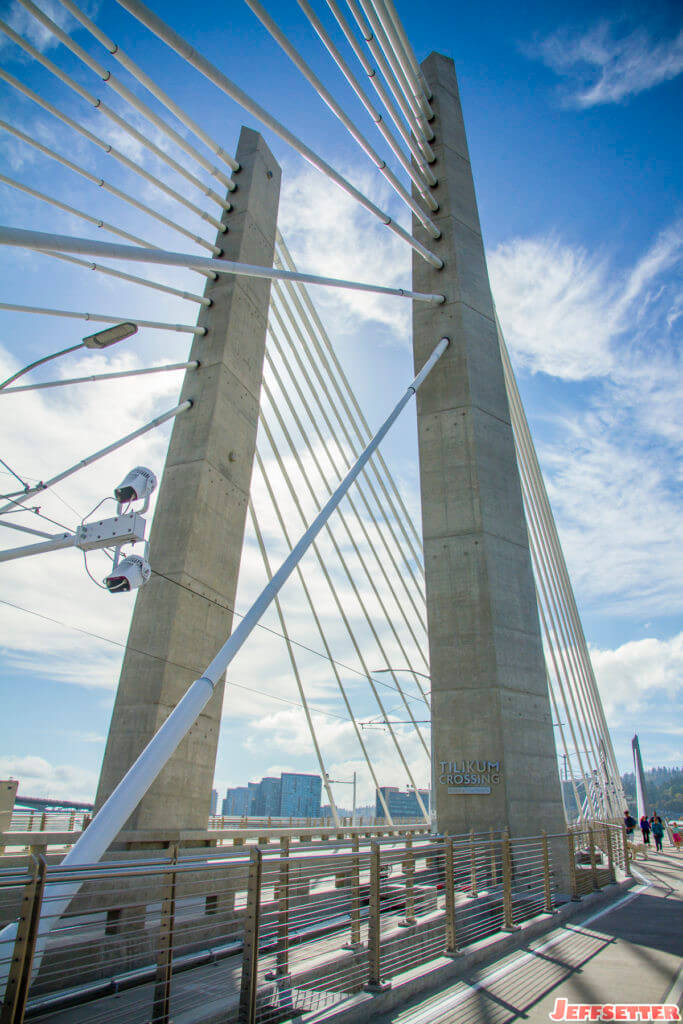 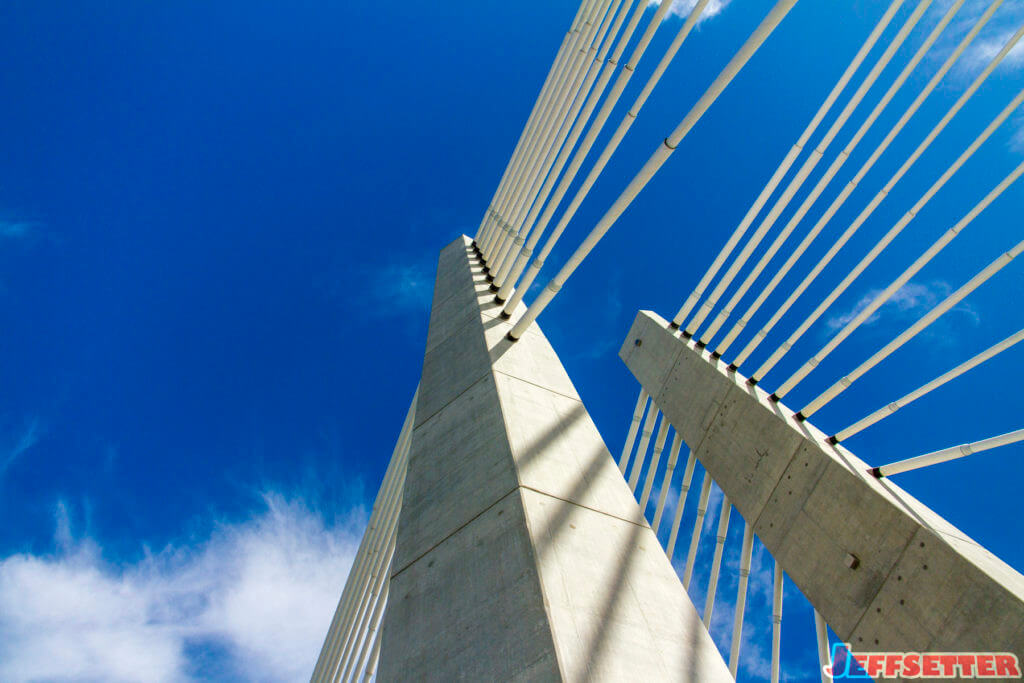 The bridge, which is reserved only for pedestrians, bicyclists, and TriMet vehicles, offers great views of the river and downtown Portland, made all the better by our unseasonably beautiful weather.  This in itself is worth the trek down here. 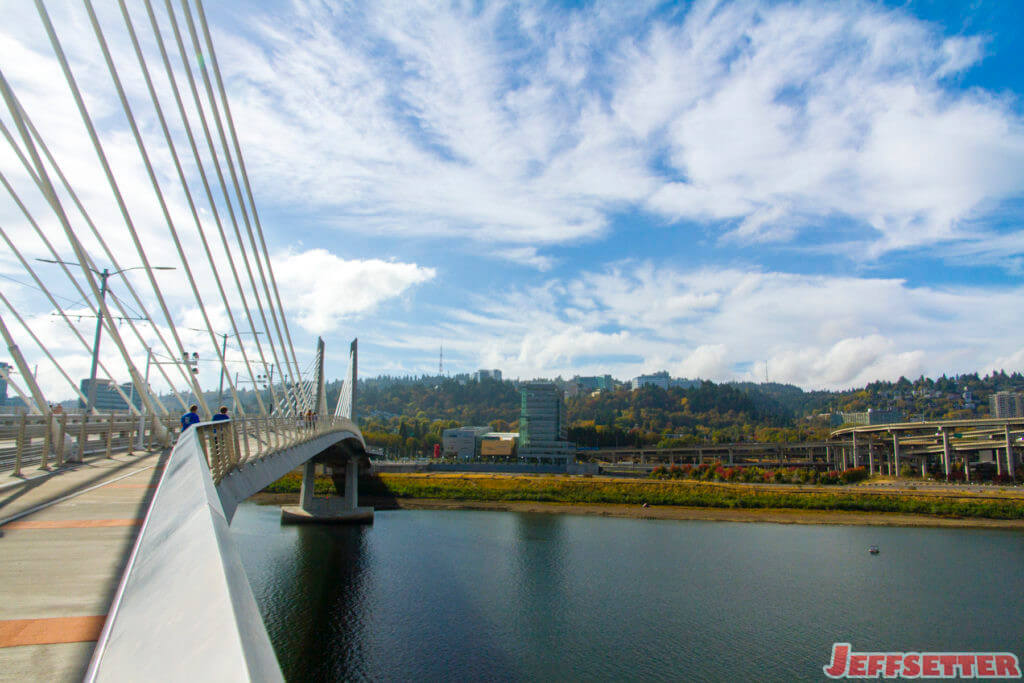 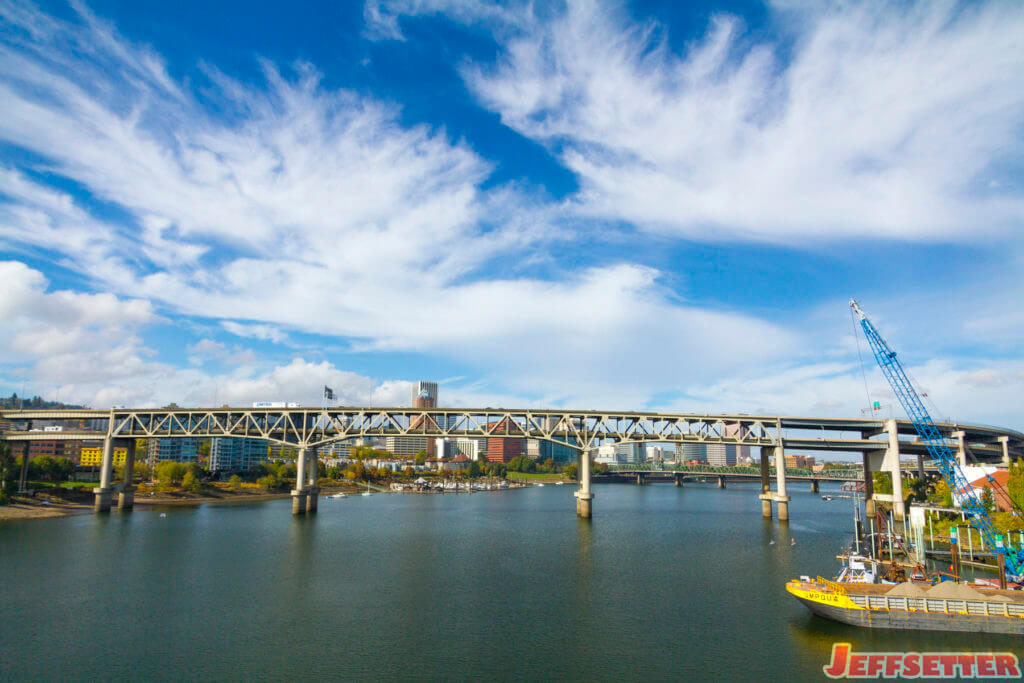 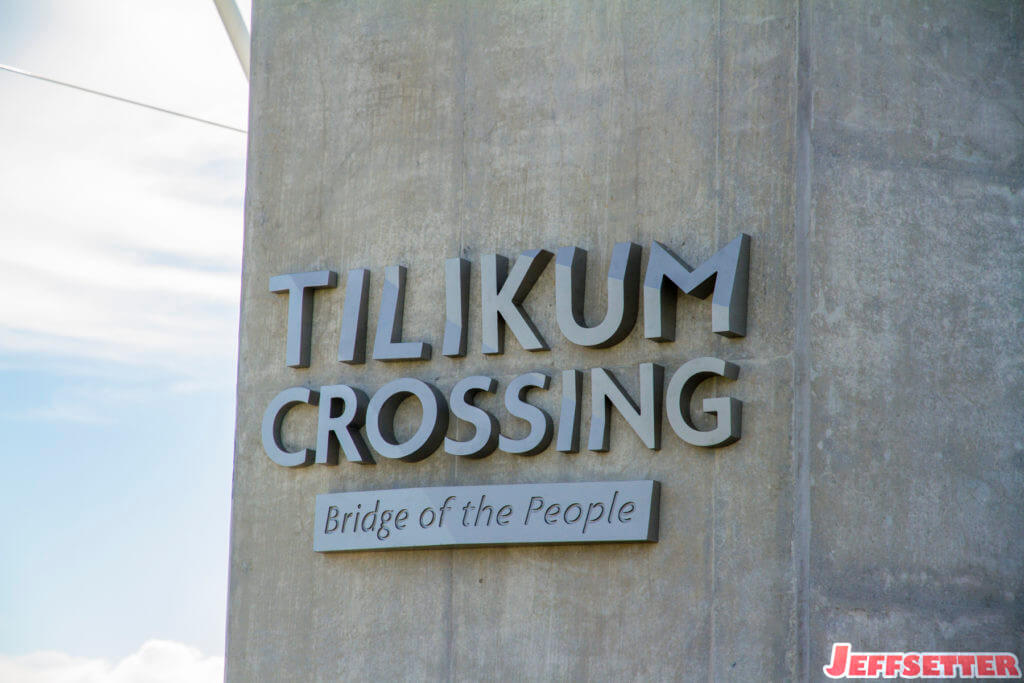 After snapping a few pictures we headed back to the car and drove back into the city center.  And with that, our first day in Portland was already coming to an end.  We ran some errands with our friends, but after that, it was already time for dinner & dessert.