Back in July 2015, the Jeffsetters visited Ka Lae (the southernmost point of the US) on the Big Island of Hawaii.

Many of you may think you have have been to the southernmost point in the US by having your picture next to the buoy in the Florida Keys. 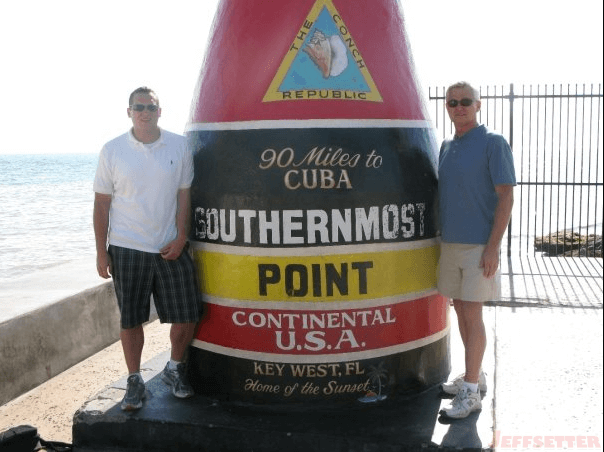 However, if you look close at the buoy,  it’s the southernmost point in the continental US.

Fun Fact: The actual southernmost point in the US is at the bottom tip of the Big Island in Hawaii.

Ka Lea or South Point is where historians believe the Polynesians first arrived at the Hawaiian islands. 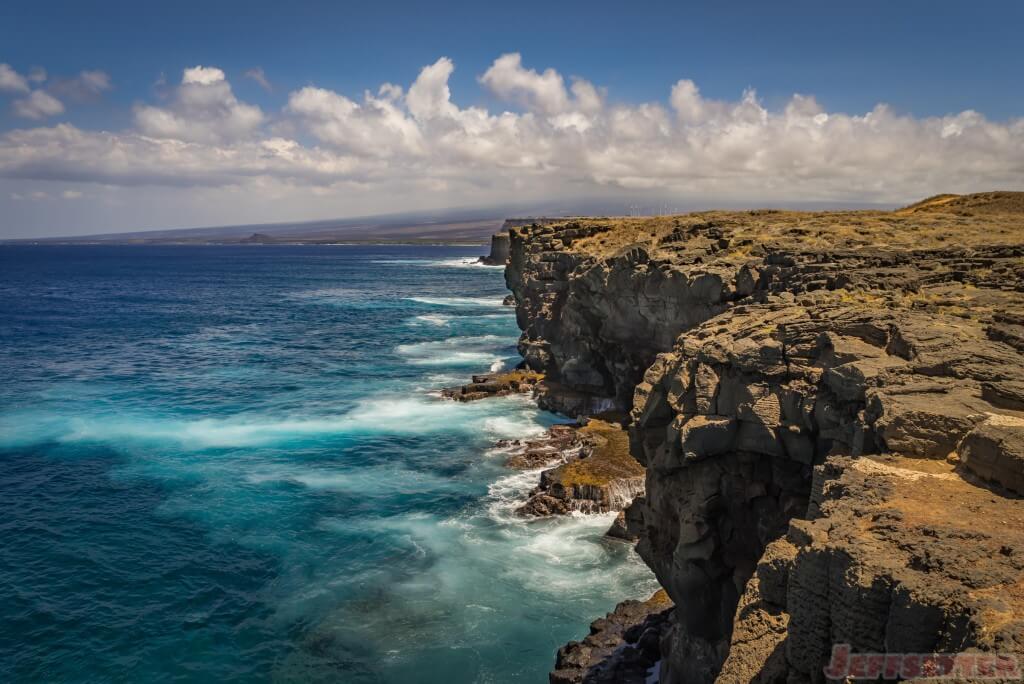 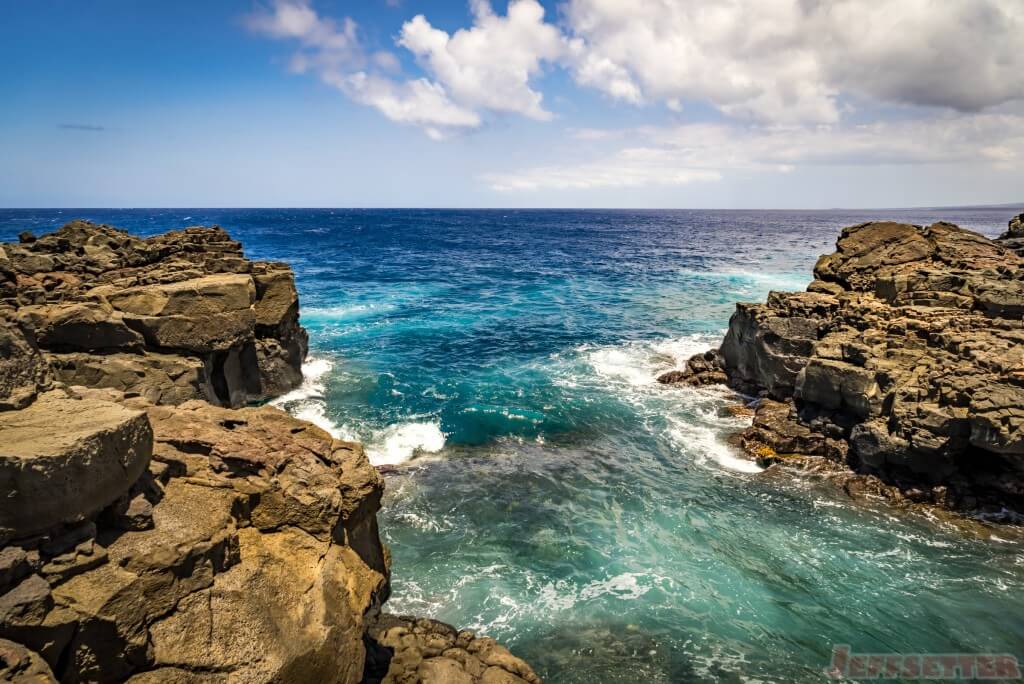 I read that nothing but ocean is between this cliff shoreline and Antarctica (or you could look at a map). I can confirm I saw no land mass from the shore, including Antarctica.

The cliffs, wind and strong currents from the oceanic abyss make the shoreline quite dangerous (Pretty sure this is an accurate scientific statement that you can quote given my non-existent background in oceanography and topography.)

Shocking that swimming, jumping and diving are not advised.

This is what I love about Hawaii. Some small hand painted sign somewhere warns dumb tourists not to do stupid things. But, not really saying you can’t do it, nor investing much in trying to stop you. 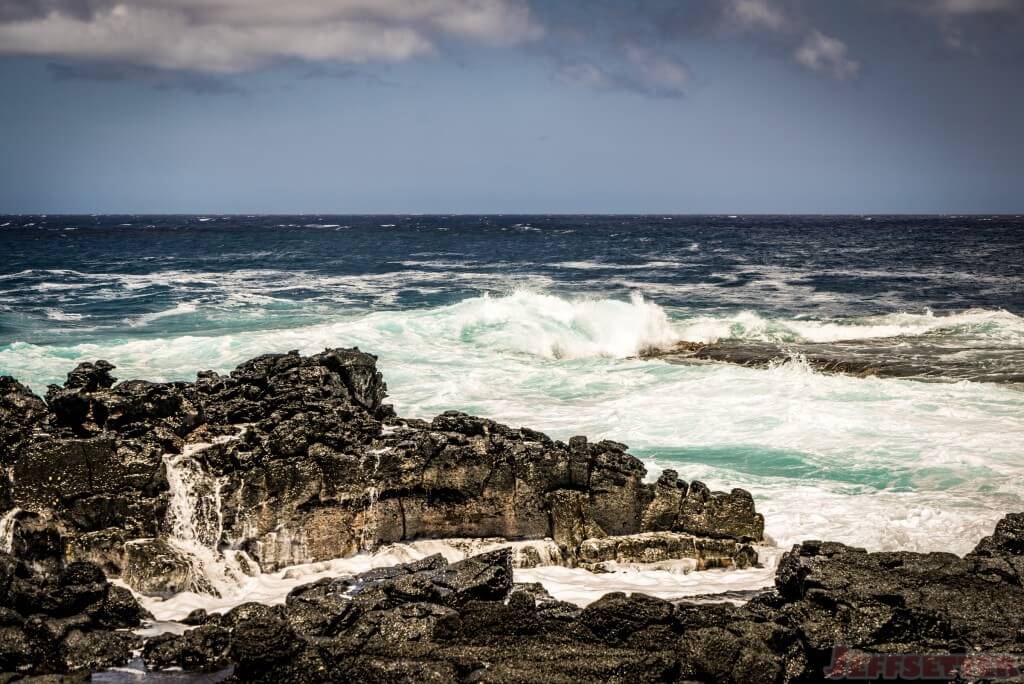 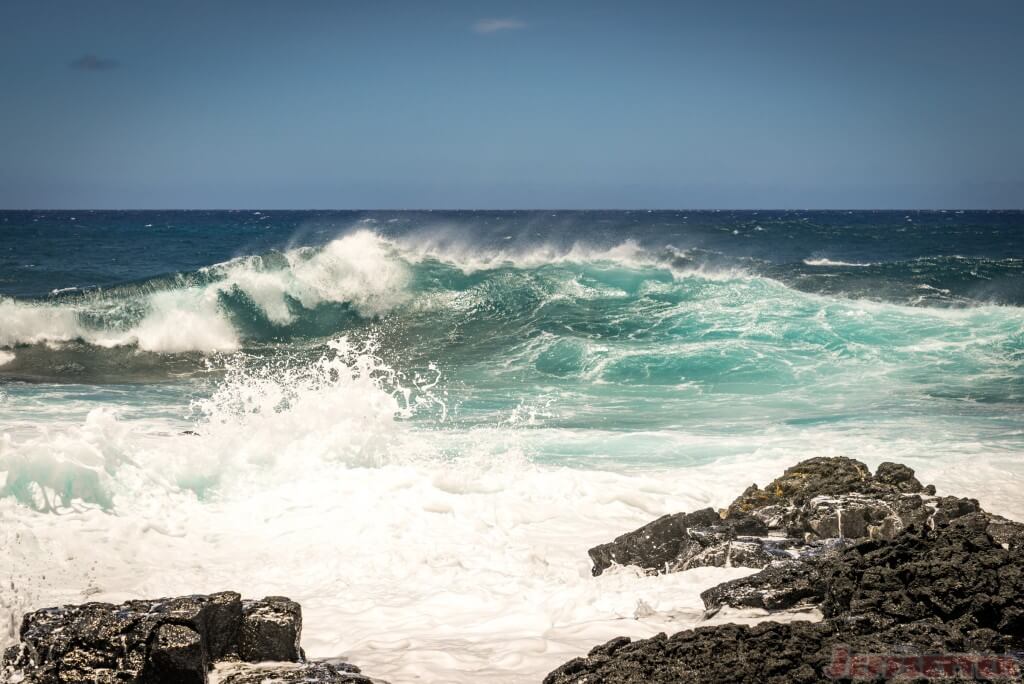 The first Polynesians had to be pretty ingenious to survive fishing off this coast (or to land here in a canoe).

I can only assume they created the first X Games.  Take this canoe, paddle 3,000 miles until you reach a volcano, land on the Volcano, build a settlement, and fish to survive in the only area not covered by lava. Whoever returns home first with proof of landing on the volcano (e.g., a sweet potato) wins the X Games grand prize – another day of life.

Hmmm… maybe this was more of a Hunger Games deal. 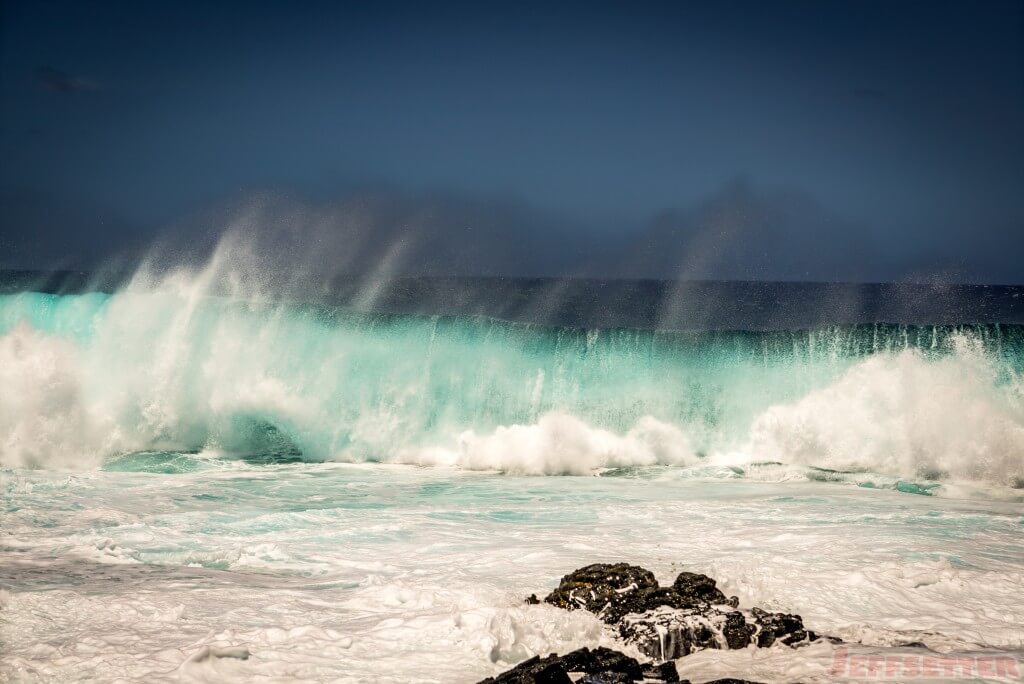 The Southernmost Point is actually a short walk from the light “house,” more or less just a light rather than a house.

Fun Fact: No actual cliffs are at the southernmost point. 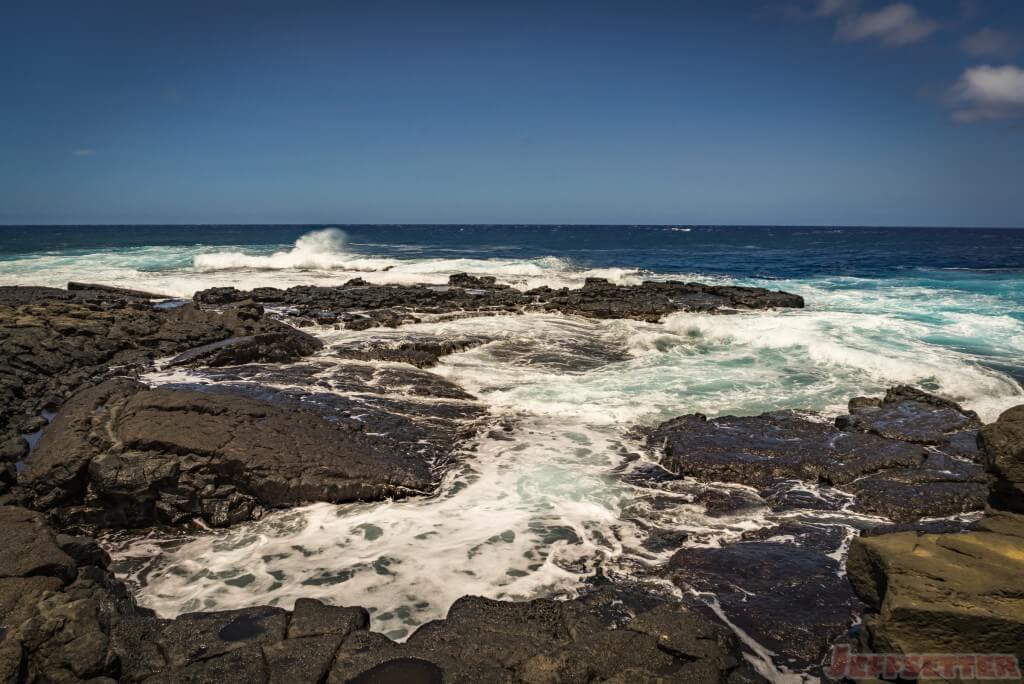 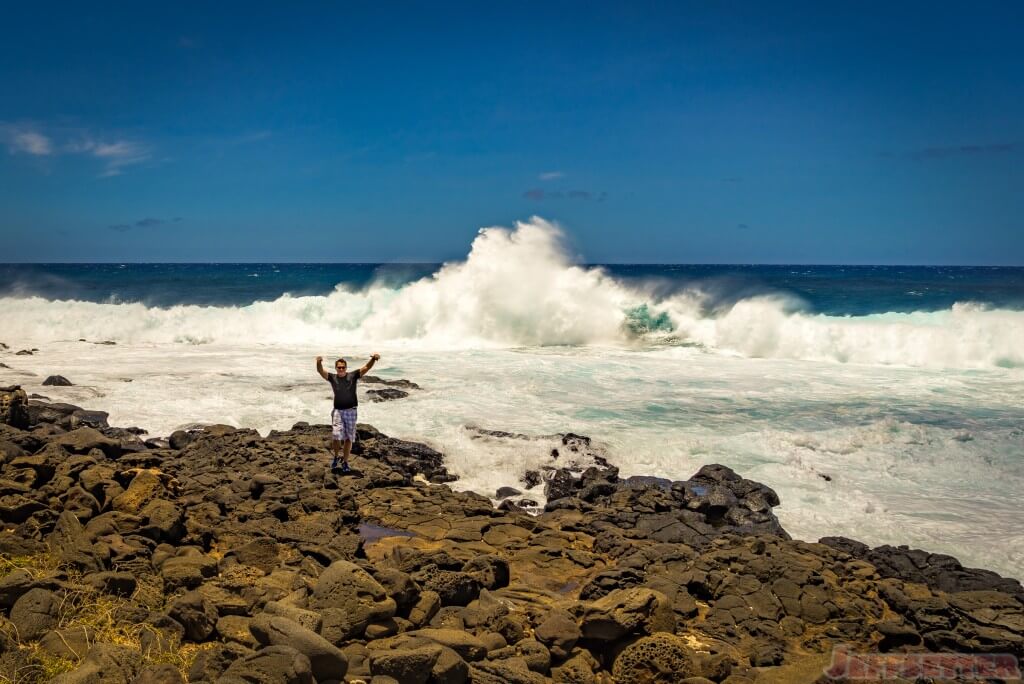 The beauty seen here is worth the 12 mile drive down the narrow South Point Road. This road is definitely not as narrow or scary as the back road to the Nakalele Blow Hole.

South Point Road is through ranch land, which is pretty flat and easy to get out of the way of oncoming traffic. 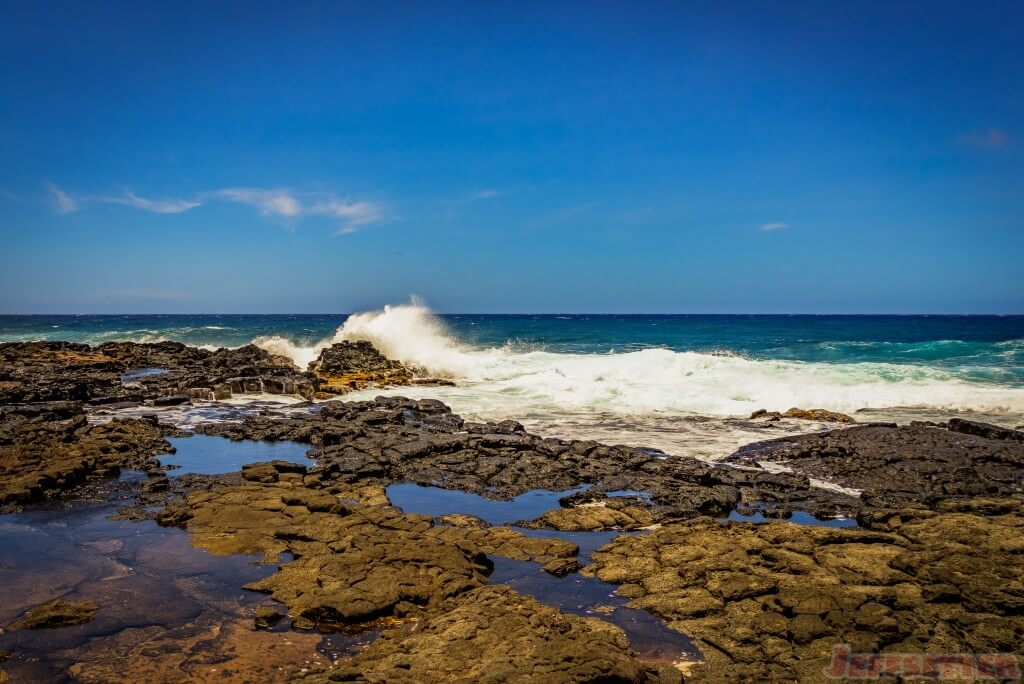 We had a great time exploring the point, enjoying the waves, cooling off in the wind tunnel and taking absurd pictures of each other. I will spear you the details. 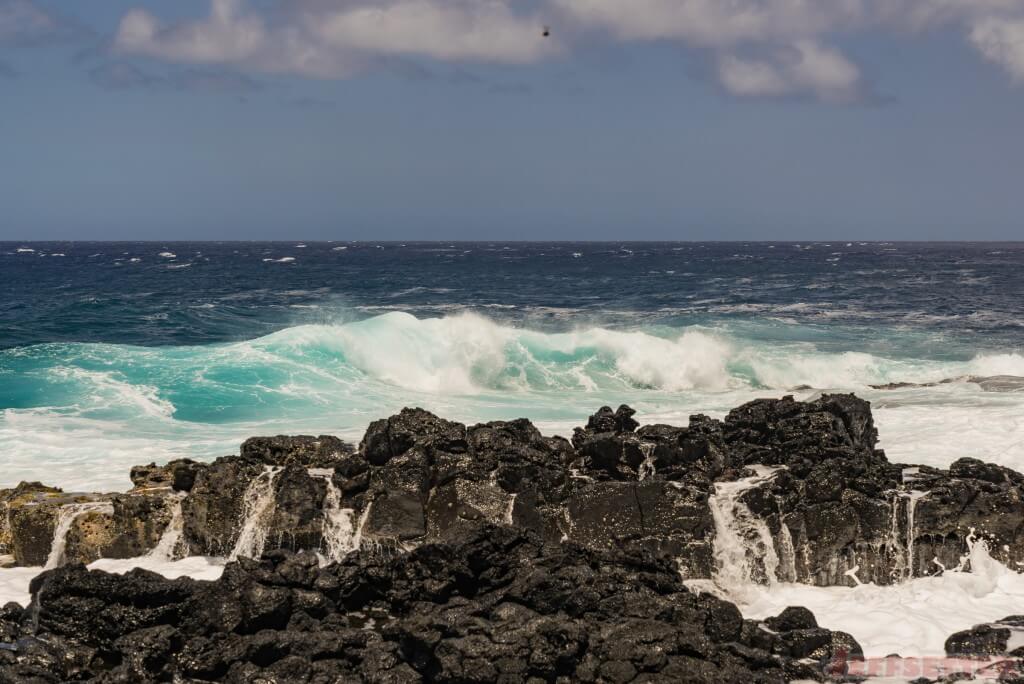 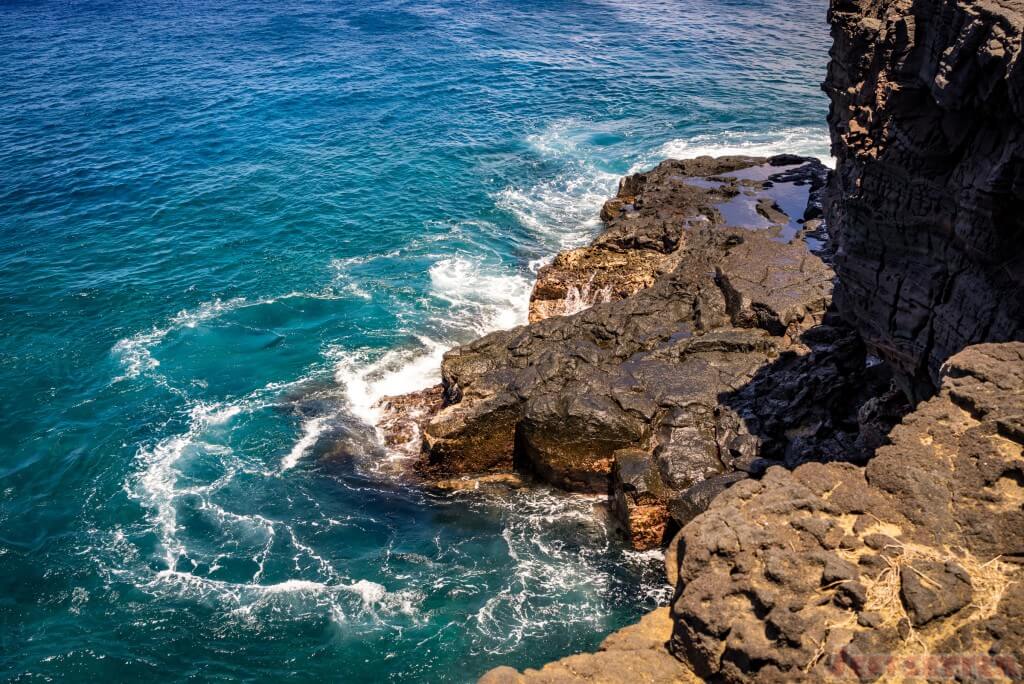 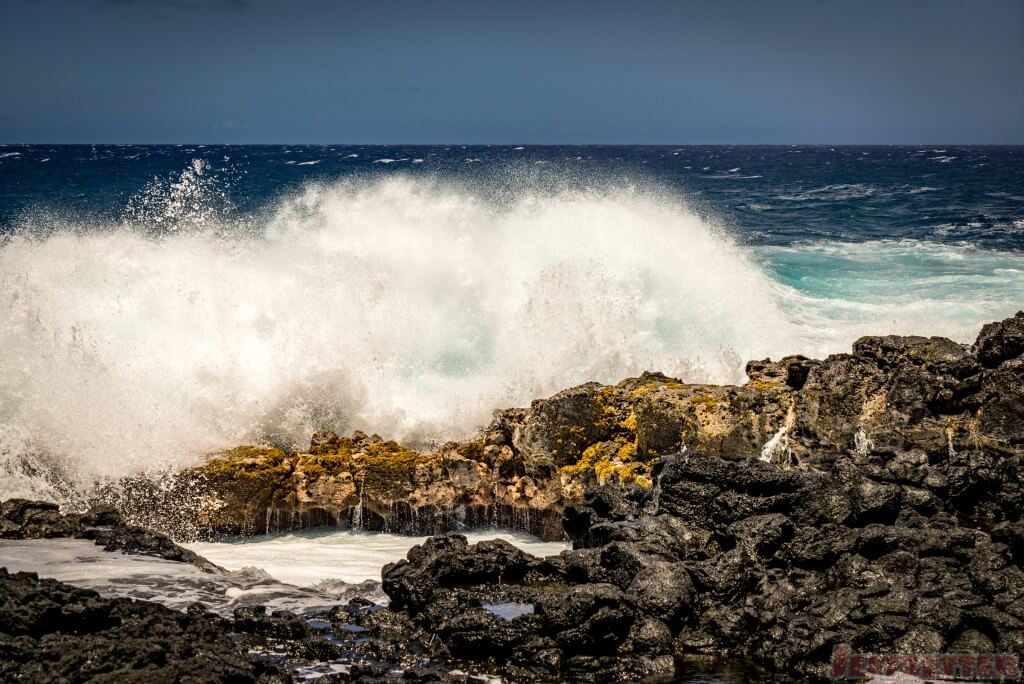 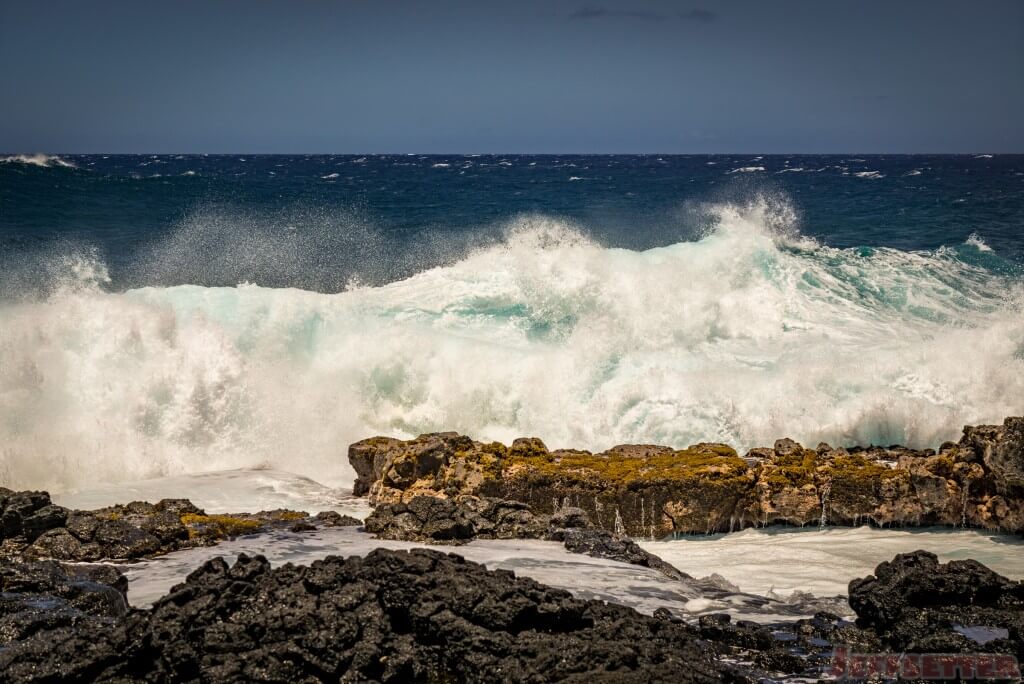 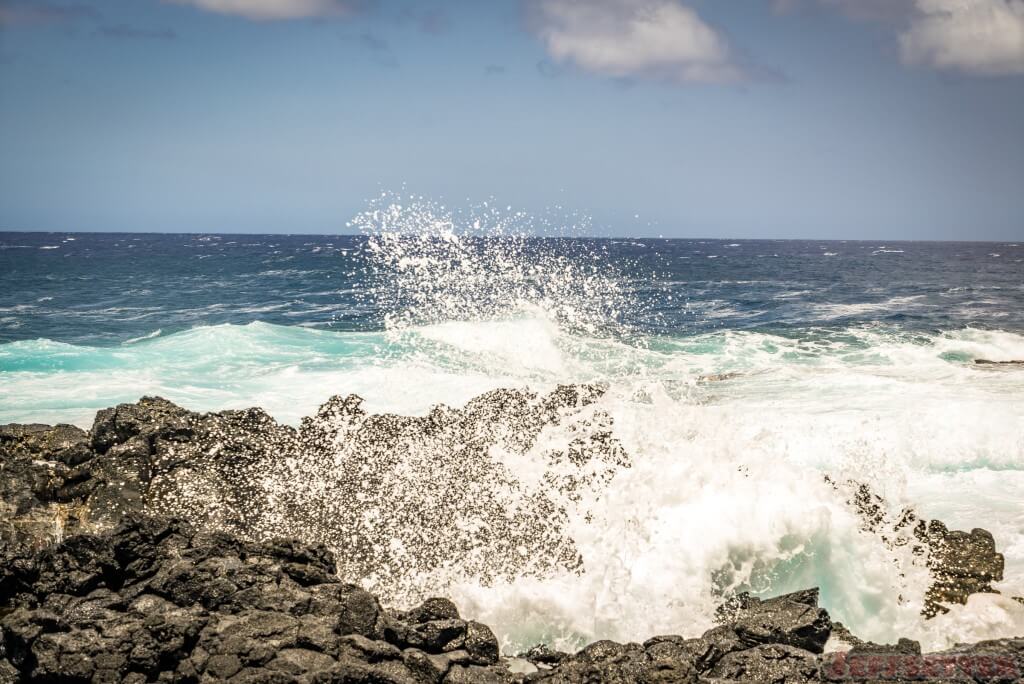 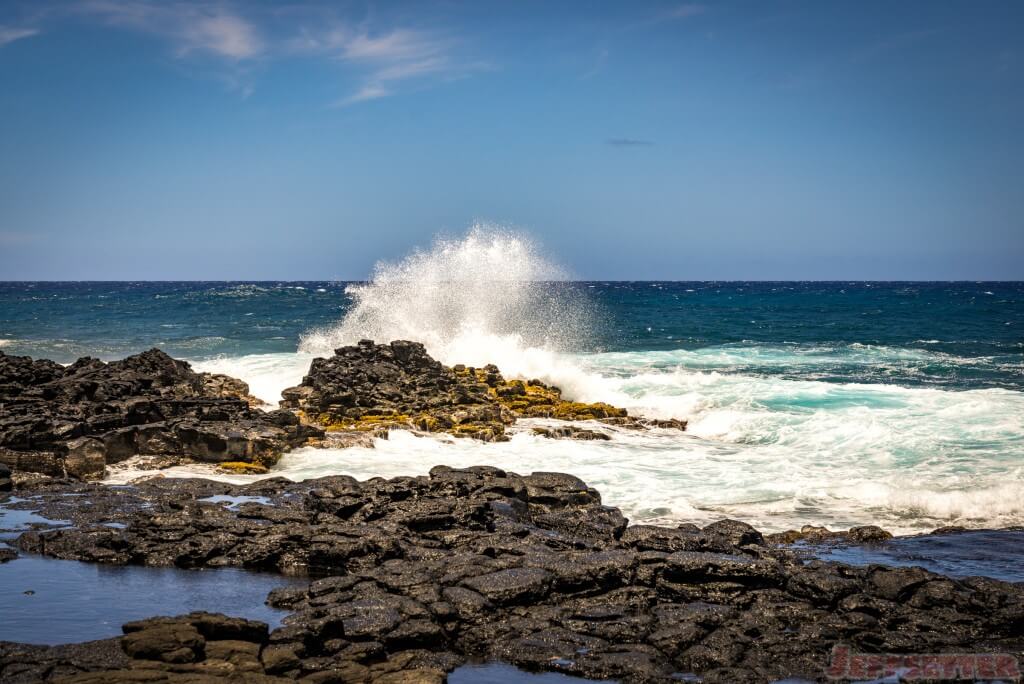 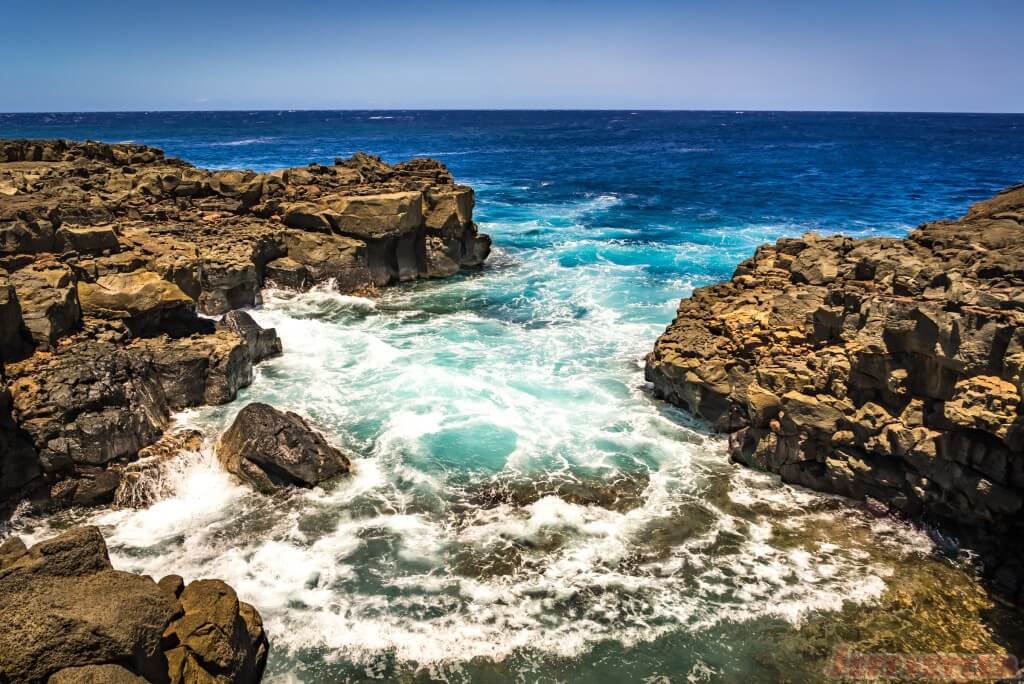