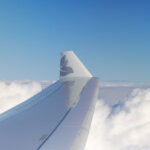 For the first time since the pandemic began, Hawaiian Airlines is to resume Sydney flights. However, like its current service to Japan and Korea, I don't think Hawaiian's returning Australian service will likely see low load factors. … END_OF_DOCUMENT_TOKEN_TO_BE_REPLACED 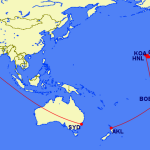 In July I will be going on my biggest adventure yet. It starts with selling most of our worldly possessions, and putting the rest into a storage unit. From there it’s a road trip up to Seattle for a business trip… Sounds pretty tame, right. … END_OF_DOCUMENT_TOKEN_TO_BE_REPLACED 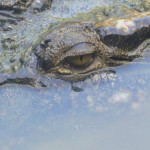 While I would like to say that this photo was taken in a naturally occurring setting, the reality is that this Crocodile photo was taken while at Hartley's Crocodile Adventures in Cairns, Australia back in 2011. Come to think of it, maybe it is a good thing that I was not in a place where I was this close to crocodiles, because that would have meant a few too many wrong turns … END_OF_DOCUMENT_TOKEN_TO_BE_REPLACED