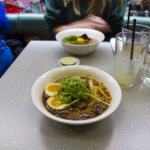 For those of you that don't know him, Ivan Orkin isn't your usual ramen master.  A "Jewish kid from Long Island," Ivan is a graduate of the Culinary Institute of America.  He learned how to make, and became famous for his Jewish influenced ramen in Japan.  Fast forward a few years, and a couple Tokyo ramen shops later, Ivan returned to New York and opened his first U.S. shop, … END_OF_DOCUMENT_TOKEN_TO_BE_REPLACED 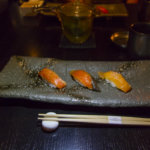 Sushi Nakazawa was one of the most difficult reservations to get for me on this trip.  The restaurant is immensely popular, and for good reason.  Chef Daisuke Nakazawa was an apprentice of sushi master, Jiro Ono, whom you may remember from the documentary Jiro Dreams of Sushi.  So along with Le Bernardin, Sushi Nakazawa was the restaurant I booked as soon as the booking window … END_OF_DOCUMENT_TOKEN_TO_BE_REPLACED 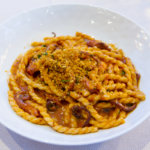 As I've said before, this trip to New York was the first for the wife, but not for me.  So while her goals were to see a lot of the must-see sights, my goal was to EAT.  Our first official meal in The City happened the night before at a Hawaiian restaurant I've wanted to try since they opened, Noreetuh.  But our next official meal in the restaurant came off of Anthony … END_OF_DOCUMENT_TOKEN_TO_BE_REPLACED