A while back, I reported on Hawaii House Bill 862. Much maligned by the visitor industry, HB 862 came with several blows. Unfortunately, the most impactful of these for the general public is changes to Hawaii’s Transient Accommodations Tax. So, get ready for higher hotel taxes in Hawaii soon.

Governor Ige vetoed House Bill 862 last week, citing concerns about what it does to the Hawaii Tourism Authority and hotel operators. However, the state legislature recently overrode Ige’s veto, paving the way for major changes that will impact visitors and residents alike.

Get Ready for Higher Hotel Taxes in Hawaii

That’s a lot of money the counties now need to make up for elsewhere. The state’s solution? Allow counties to add a surcharge of up to 3% to the existing 10.25% TAT. But, remember, you also have to add Hawaii’s General Excise Tax to these figures too. That currently stands at 4.712% on all islands but Maui, Lanai, and Molokai, which is currently at 4.166%. That means the effective TAT rate could increase to 17.962% on all islands except Maui, Lanai, and Molokai, which will be 17.416%. 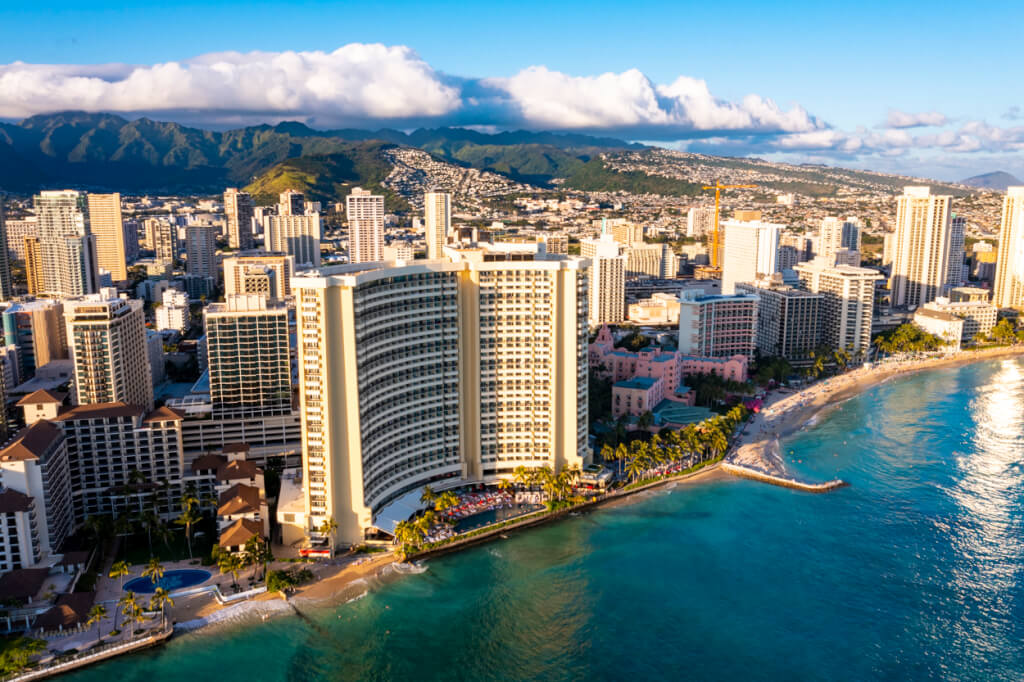 At the moment, Maui County is the only one that has indicated that it’ll move forward with the surcharge. However, the mayors of both Hawaii County and Honolulu expressed support for the measure as well. But since Maui is the most adamant right now, let’s use them as an example.

According to the Hawaii Tourism Authority, the average room rate this year in Maui County $467.62 per night. At the current TAT rate, that equates to tax expenses of $67.41 per night or an overall rate of $535.03. At the new rate, that rises to $81.44 and $549.06, respectively. That’s a difference of around $13 per night and would generate $50 to $70 million for the county – more than double their previous allocation.

The lodging industry, of course, is concerned that the increases will have a negative impact on visitors. This is especially true since – at 18% – Hawaii would have among the highest TATs in the nation. But as you can see, even on pricy Maui, the differences aren’t that big. Insipid resort and parking fees – which have also been increasing – are far worse. So, officials and some economists don’t feel like the tax increase will have much impact on our numbers.

What’s more, with more than 30,000 visitors arriving in Hawaii per day right now, there are far more visitors making their way to the islands than before the pandemic. This, by the way, is primarily due to domestic travel only – international travel remains virtually non-existent. And that’s had major impacts on virtually everything in the islands. In fact, hiking trails have been more congested than they’ve ever been, restaurant reservations more difficult to get than ever (social distancing measures don’t help), and even the Road to Hana now often resembles rush hour in places like Los Angeles and New York.

Thanks to all of these impacts, Maui County officials have been working on ways to control tourism. They’ve even gone as far as asking airlines to curtail flying to the island. As a result, I’m sure Maui officials see the additional surcharge as a dual benefit. If the surcharge discourages some visitors from coming, it’ll help relieve overcrowding while also providing a boost in tax revenue. Is that what will ultimately happen, though? Who knows.

The Hawaii Tourism Authority (HTA) traditionally received a portion of TAT revenues amounting to about $79 million. But, our esteemed legislatures said that thanks to the incredible demand for travel to Hawaii, what do we need the HTA for? As a result, HB 862 effectively eliminated the HTA’s guaranteed source of funding and slashed their current allocation to $60 million.

The thing is, the legislature also tasked the HTA with balancing Hawaii’s tourism. And, in my opinion, they’ve been off to a good start. They’ve had some interesting – if not controversial ideas, and are even helping counties deal with rental car shortages through innovative solutions. This includes financial aid to counties. So, I find it a bit curious that the legislature thinks the HTA is now irrelevant.

Get Ready for Higher Hotel Taxes in Hawaii, Final Thoughts

To be honest, I think this whole situation is a mess. While I agree with the sentiment that HB 862 allows the legislature more oversight over the HTA, was there no better way to do this? And did they have to handle the TAT changes the way they did? While this does give the counties greater autonomy and, potentially, more tax revenue, it feels like state officials wanted to punt the problem off to someone else. But what do I know?

However, I do know that the ever-increasing creep in hotel rates, hotel fees, and taxes is making it more and more difficult for locals to justify staycations. I’m sure that these potential increases will only reinforce this sentiment. And, sure, Hawaii’s hotels don’t need the business right now. But staycations are an important source of revenue during downturns and low seasons.