When we figured out we wouldn’t be running the Honolulu Marathon Start to the Park, we decided to do the exact opposite. That gave me the chance to do a Herringbone Waikiki revisited post, as they recently reopened under new management.

Pre-pandemic, Herringbone Waikiki was one of my go-to Waikiki brunch spots. Sure, it’s a bit pricy, but the food is good, and there are some great values. Unfortunately, they ended up closing early on in the pandemic, with no indication of whether this was permanent or not. Thankfully, they did reopen under new management this past December. So, with nothing to do on marathon day, we headed over for a little splurge.

Still owned by the Hakkasan Group, Herringbone Waikiki is now under the management of the Aoki Group. You know, the guys that run Kuru Kuru Pa and Indochine, among others. And Aoki kept things mostly the same, save for some menu tweaks. Because of this, I won’t go too much into detail about our experience. Rather, I’ll focus on the food, which is where we saw the most changes.

During our brunch, we ordered just three things – the Yellowtail Crudo ($23), Furikake Tater Puffs ($15), and Mochi Pancakes ($23). That doesn’t sound or look like a lot, but it’s a lot of food for two.

While new to us, the Yellowtail Crudo has been on the menu for a while now. It was probably my favorite dish of the morning, featuring fresh hamachi in a tangy white truffle yuzu vinaigrette, minced peppers, fried garlic, and micro shiso. I love how the cooling, herbal shiso pairs up with the acid of the vinaigrette to provide an interesting, refreshing contrast to the fatty fish. My only complaint is that the vinaigrette didn’t taste much like yuzu, nor could you really taste the truffle. Then again, I’d rather not have the truffle punch you in the face since most truffle oils are quite BAD. 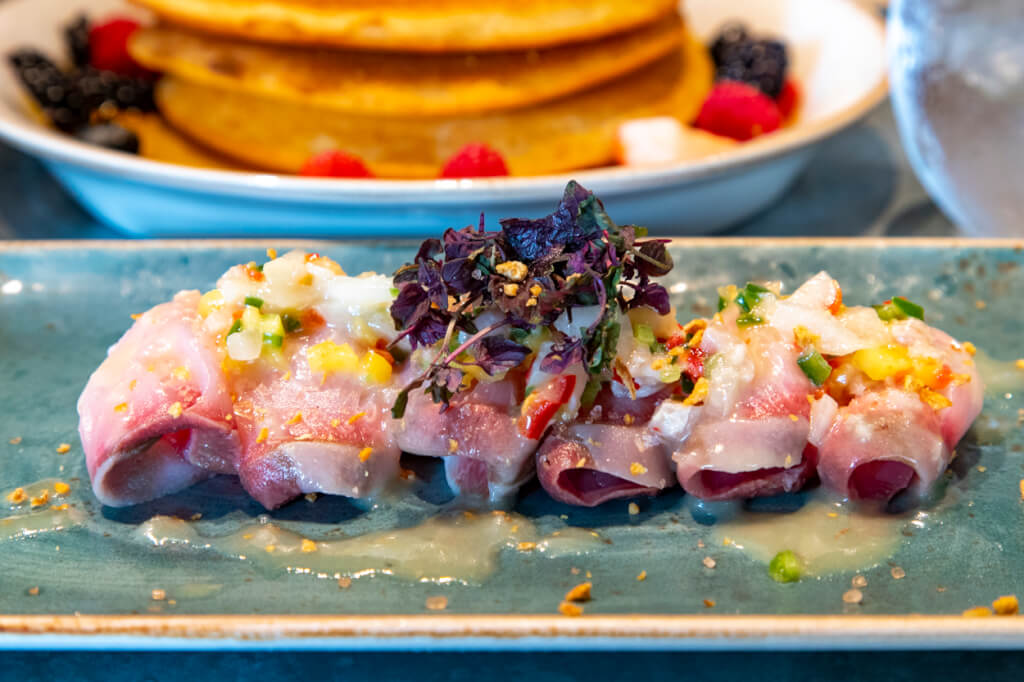 I’m a little torn about this dish. The last time we came to Herringbone, we loved the Furikake French Fries. At the same time, Mrs. Island Miler and I both love crispy tater tots. And while this dish is good, retaining a lot of what we loved about the previous iteration, it’s also A LOT smaller than before. For the same price. Yes, yes, inflation and all that. But, still. 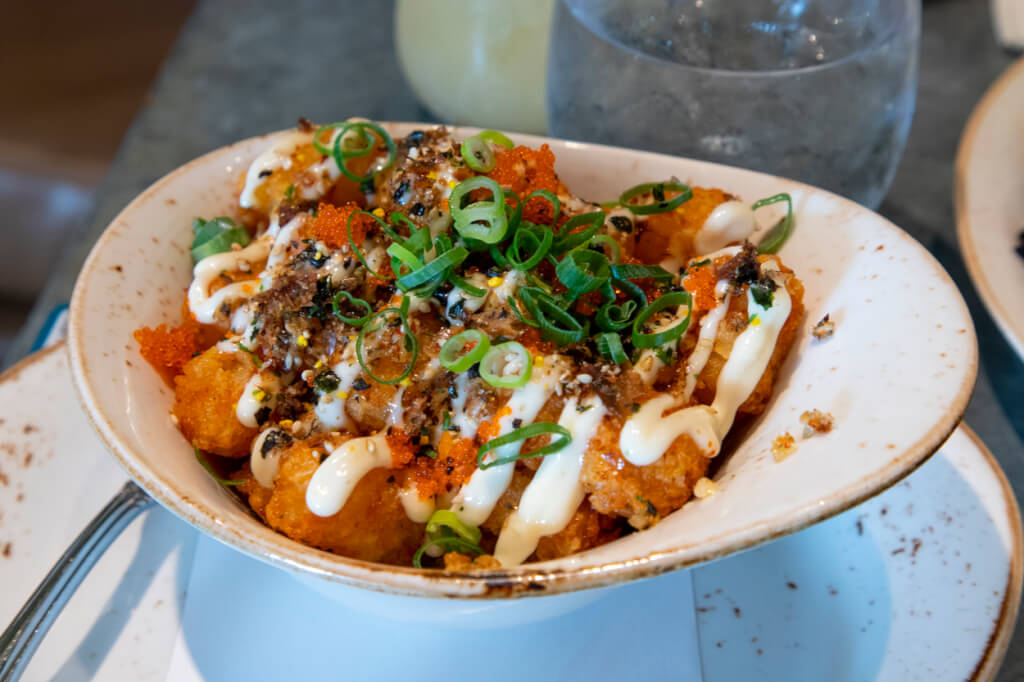 The biggest disappointment for me that morning was the Mochi Pancakes. While the pancakes themselves were still the chewy delights they used to be, the Aoki Group decided to serve these with maple syrup instead of the lilikoi “tree sap” they used to use. That tree sap was key in helping to provide balance to the dish and is far more flavorful than the maple syrup. What’s more, they still serve the pancakes in a thin pool of tree sap, giving to highly conflicting flavors. If they just fix this one thing, this dish would be great again. But, in its current form? I wouldn’t order it again. 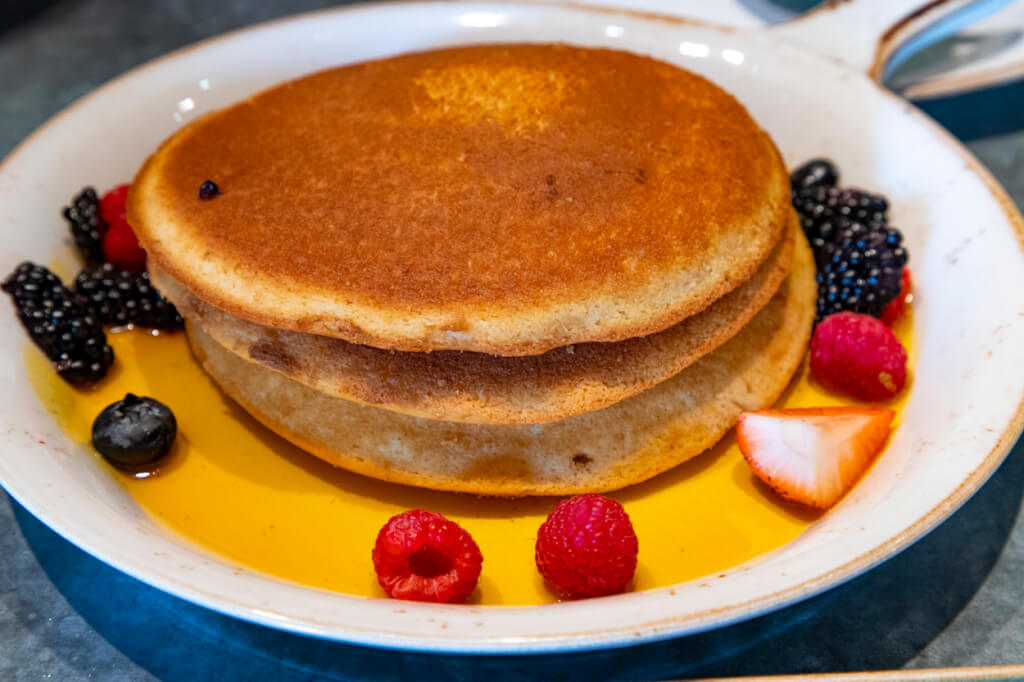 It was great to be back at Herringbone Waikiki. Yet, I’m not sure I’d go back. I come here at brunch specifically for the Mochi Pancakes. But, given the changes, it’s not something I’d order right now. So, unless they nix the maple syrup in favor of the tree sap, I probably won’t be coming back for brunch again.