We ended up staying in the Le Crusoe for one night on Bora Bora.

The Le Crusoe is a guesthouse (pretty much a bed and breakfast) on the oceanside of Bora Bora. 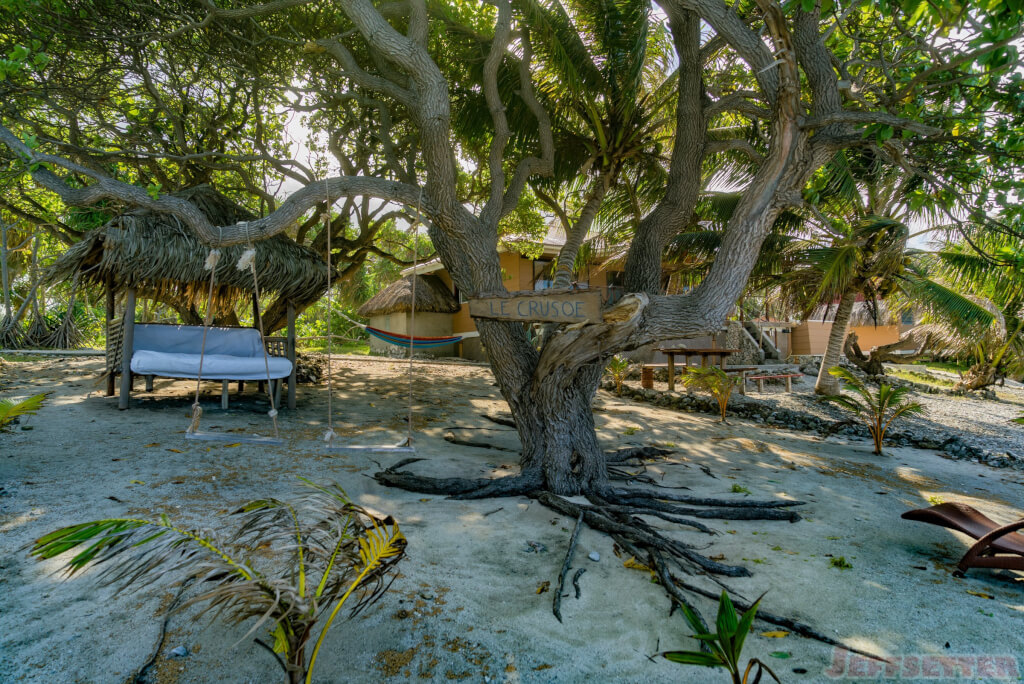 When we booked our stays on Bora Bora we used our IHG free nights that we obtained earlier in the year through a stay promotion. Mr. J was able to book all our nights, but one. One night in the middle of our stay never had any availability to use points or our free night.

So…I found the Le Crusoe on Bookings.com for $125 a night, you can now book on their website. What $125 on Bora Bora?!! (The least expensive hotel we could find for that night, a Wednesday, was three something at the Sofitel.)

Ya I know right. I guess Bora Bora can be affordable. 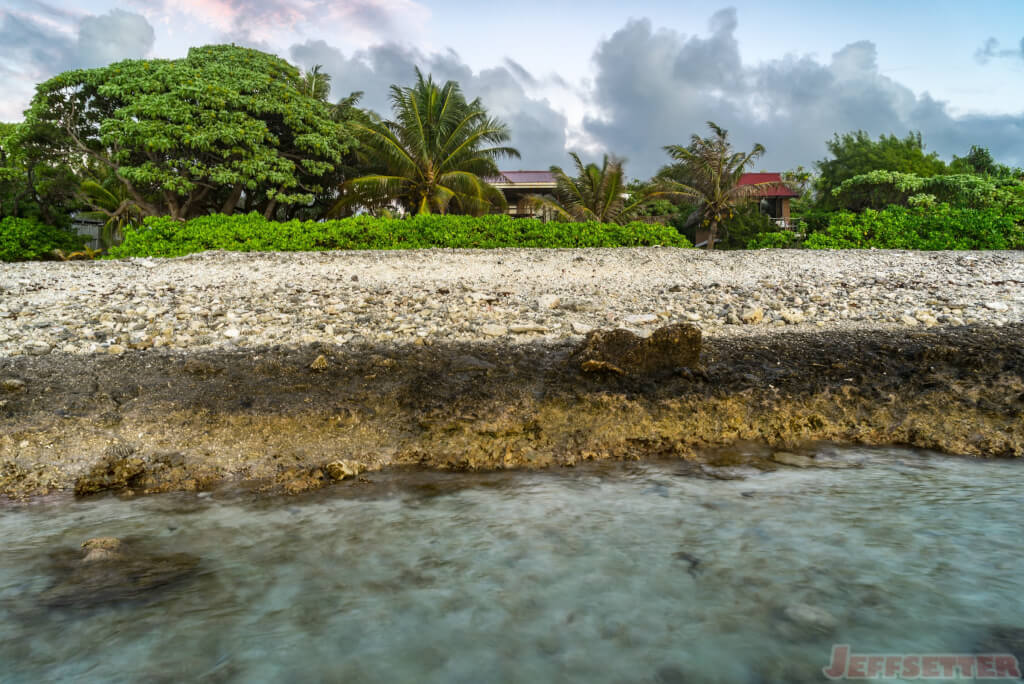 The Le Crusoe is a guesthouse owned by a French couple (and their little boy.) Alice and Nicolas were friendly and professional hosts. They will interact with you as much or as little as you want.

For example, we enjoyed our meals with them. We had great conversations about traveling and the island. They are completely fluent in English (and French obviously).

The meals are an additional cost, and are delicious. Homemade breads and tropical jams, fruit grown on the property, fresh fish for lunch and curries for dinner. Alice is a wonderful cook.  She can also tailor meals to dietary needs (e.g., vegetarian).

Most (if not all) of the hotels on Bora Bora are located in the lagoon. Basically, Bora Bora is a volcano crater. The lagoon is the crater itself, and the outside of the volcano edges is the oceanside.

The Le Crusoe is located on the oceanside (or reef side), which make is rather unique. 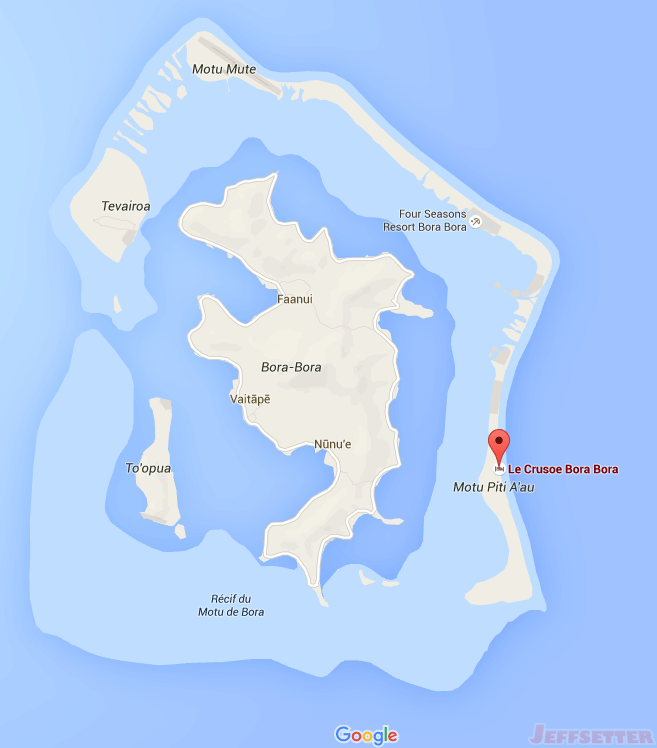 The Le Crusoe is accessible solely by boat through the lagoon. The hosts will arrange for transport. They picked us up at the Intercontinental Le Moana Bora Bora.

Be sure to wear water shoes because the lagoon is shallow and you have to walk to and from the boat. 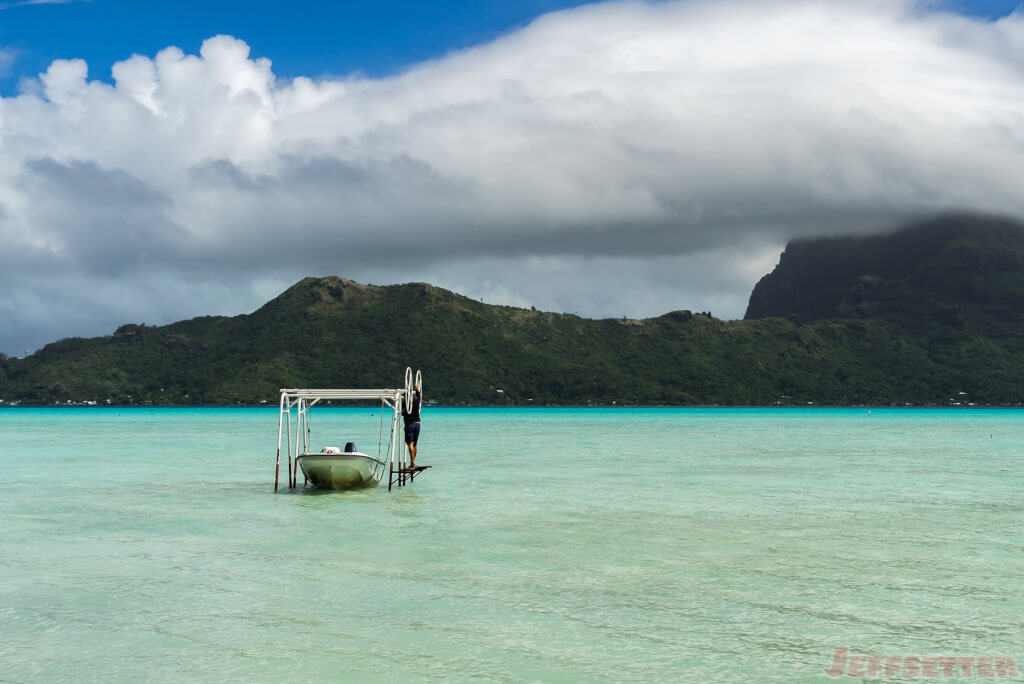 The lagoon side also has the Bora Bora mountain (which is what is in most pictures of Bora Bora).

After landing on the boat, there is a short walk to get to the Le Crusoe on the oceanside of Motu (name of the atoll in Bora Bora).

After the short walk you arrive at the Le Crusoe. A cute little house with a separate guesthouse. 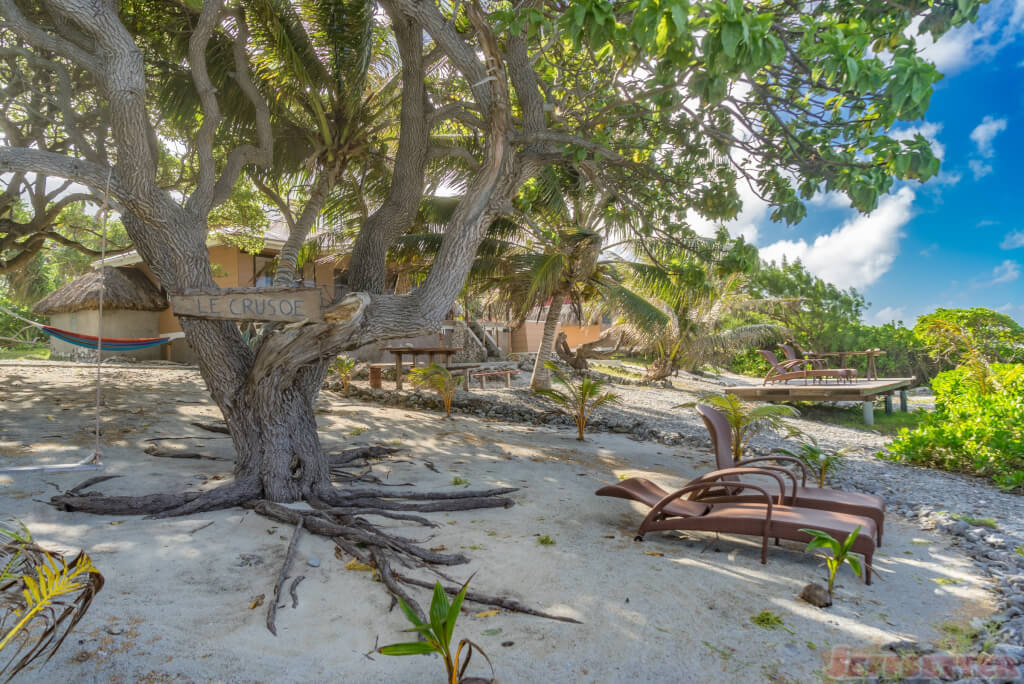 When you stay at the Le Crusoe, you have access to both the ocean reef and the lagoon. We spent all of our time on the oceanside, since we had access to the lagoon during our hotel stays.

There is plenty of seating on the beach, where you can enjoy the view in the shade or the sun. 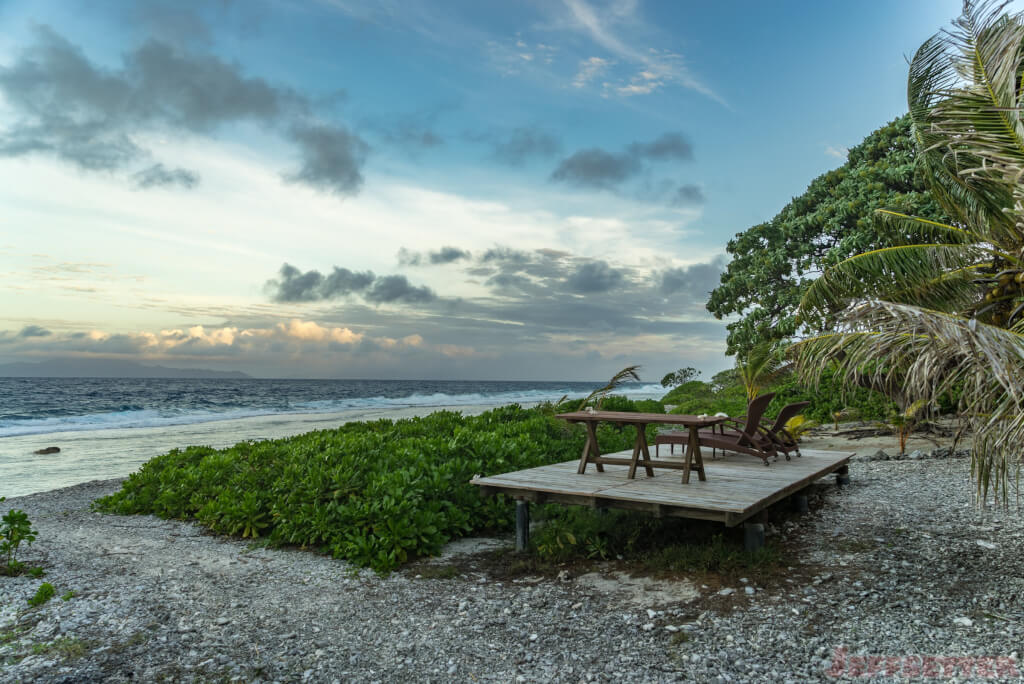 The view, what to say… it is beatiful, peaceful and relaxing. It feels like you are the only people on the island even though the lagoon resorts are just down the way. 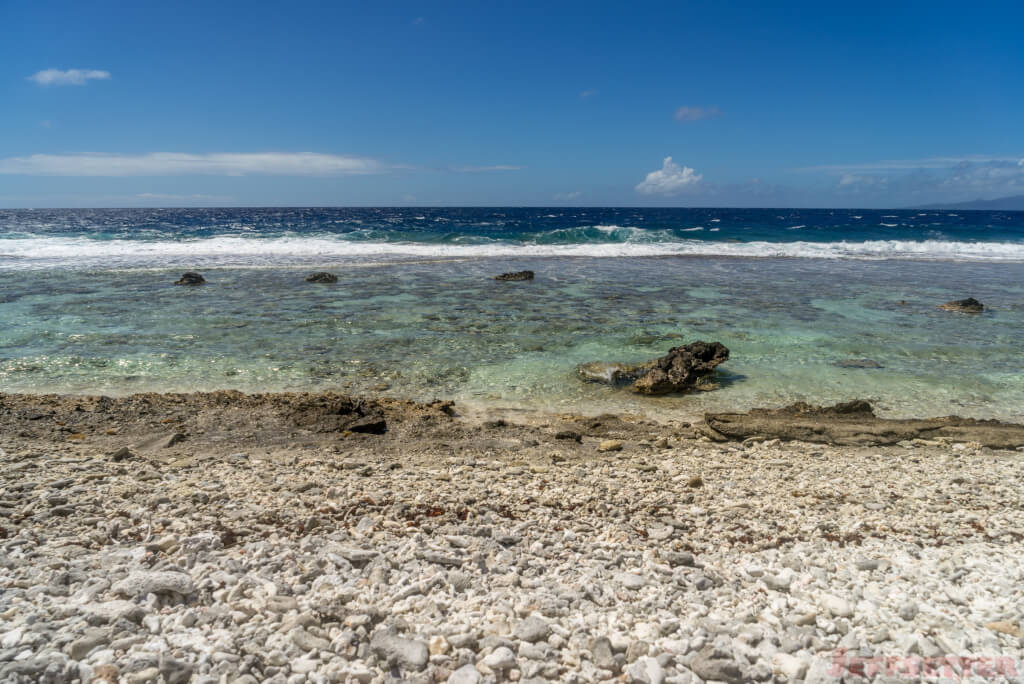 Walking along the reef was Mr. J’s favorite sight during August. 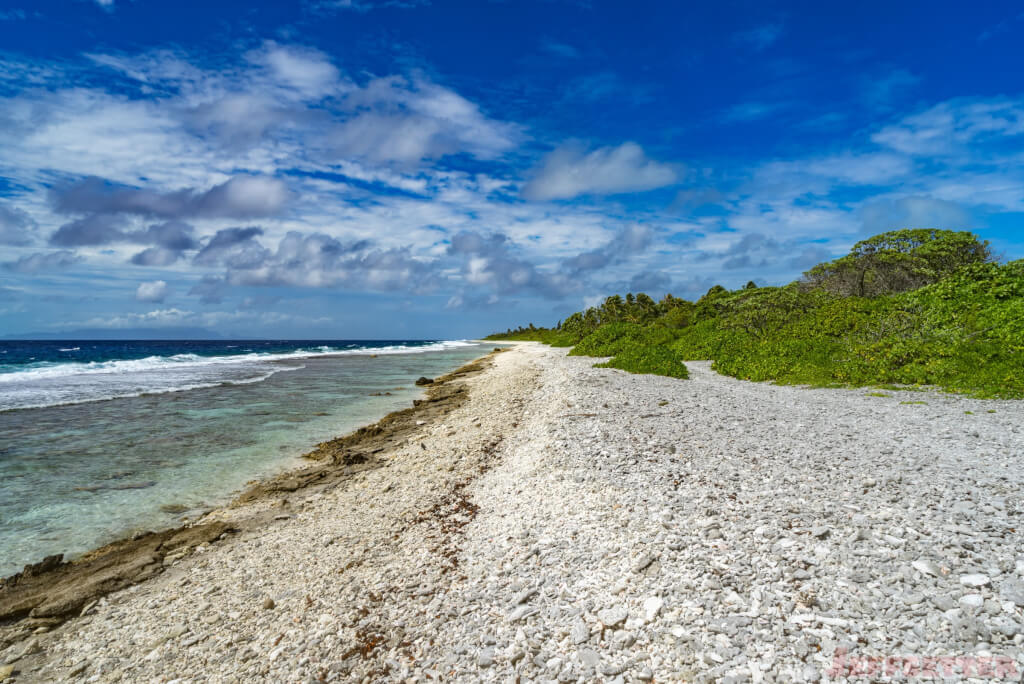 We even saw a shark (just a reef shark) that washed up onto the reef either during hide tide or while some of the larger waves were crashing. (Shark not pictured.) 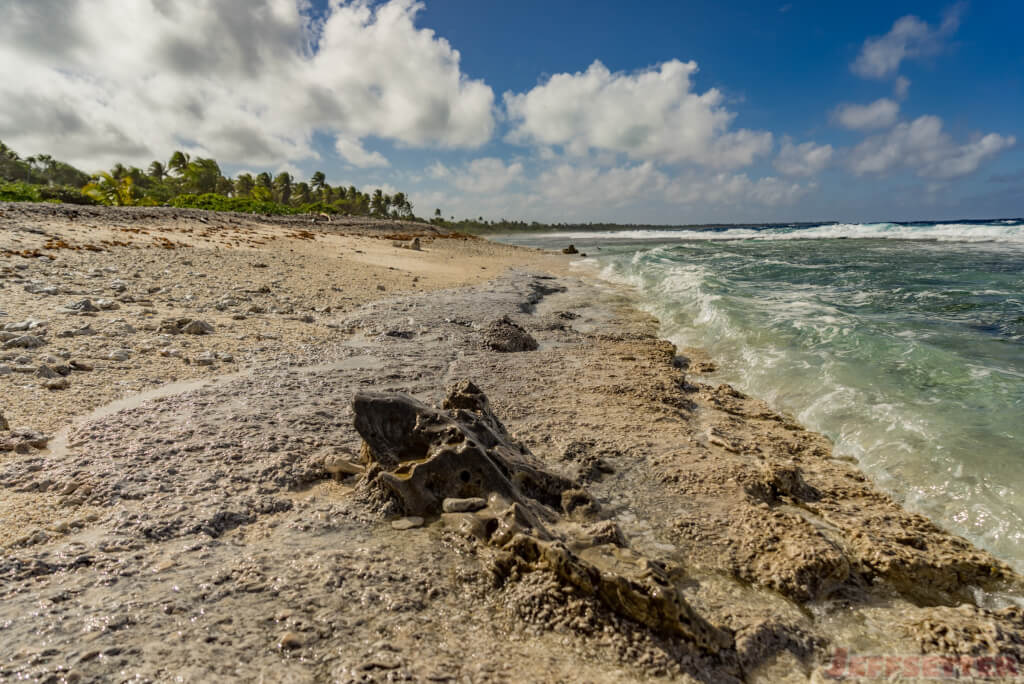 As I mentioned above, the guesthouse is separate from the main house.

I loved it. Cute rustic but modern (think of every wedding theme for the past four years). The electricity is from solar panels and the water is cistern (aka rain water). 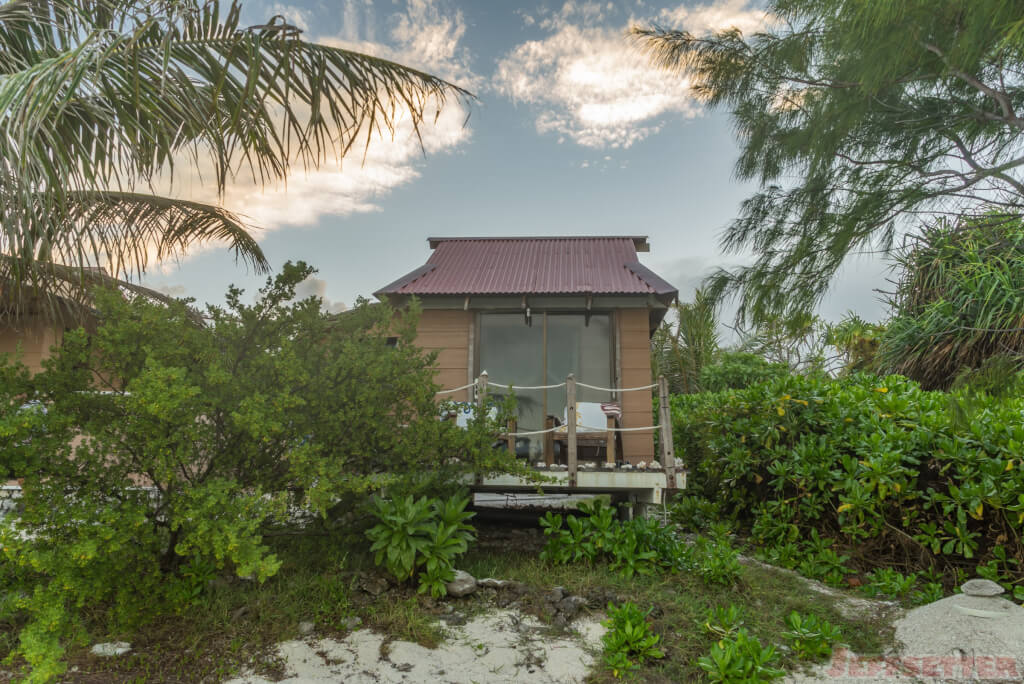 You have your own private deck for relaxing. 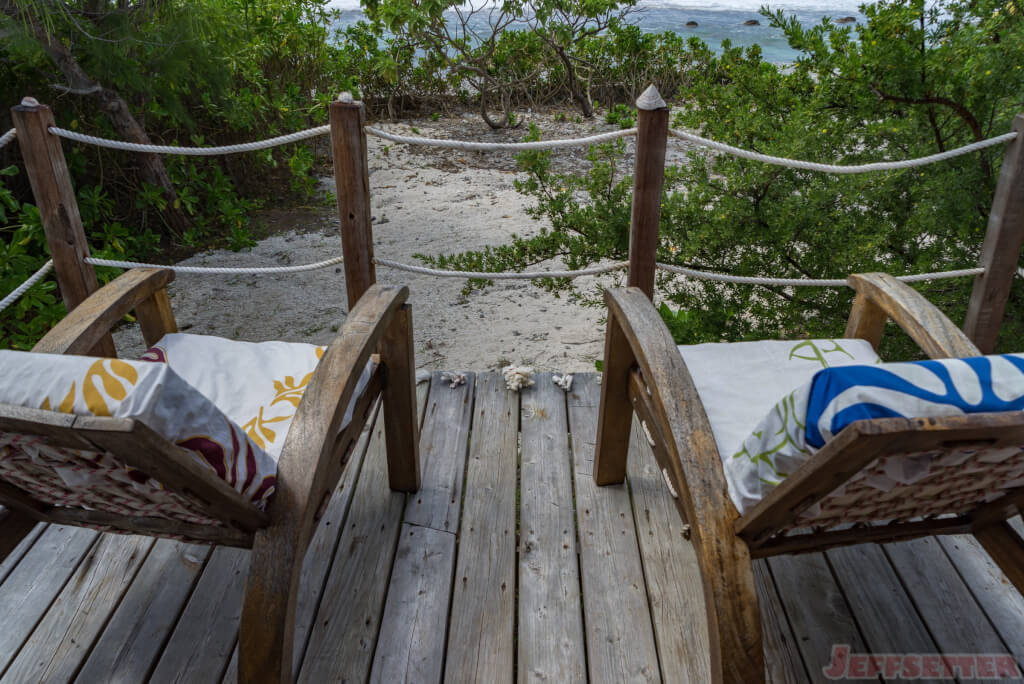 and watching sunsets (looking for the illusive green flash)…. 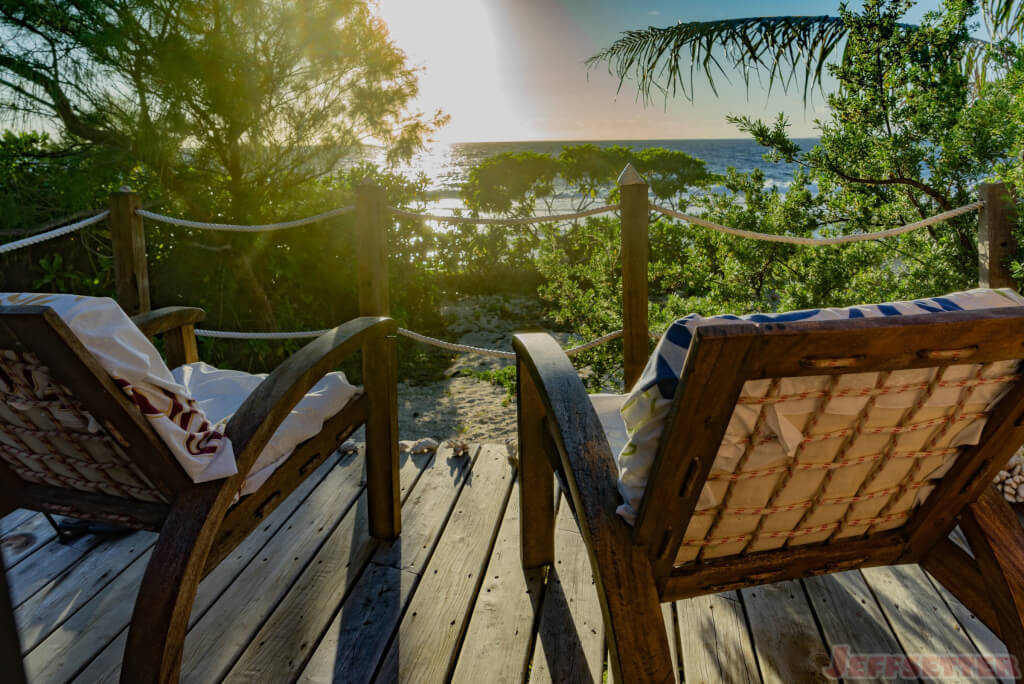 The bedroom has a queen size bed with mossie netting, which you kind of need. 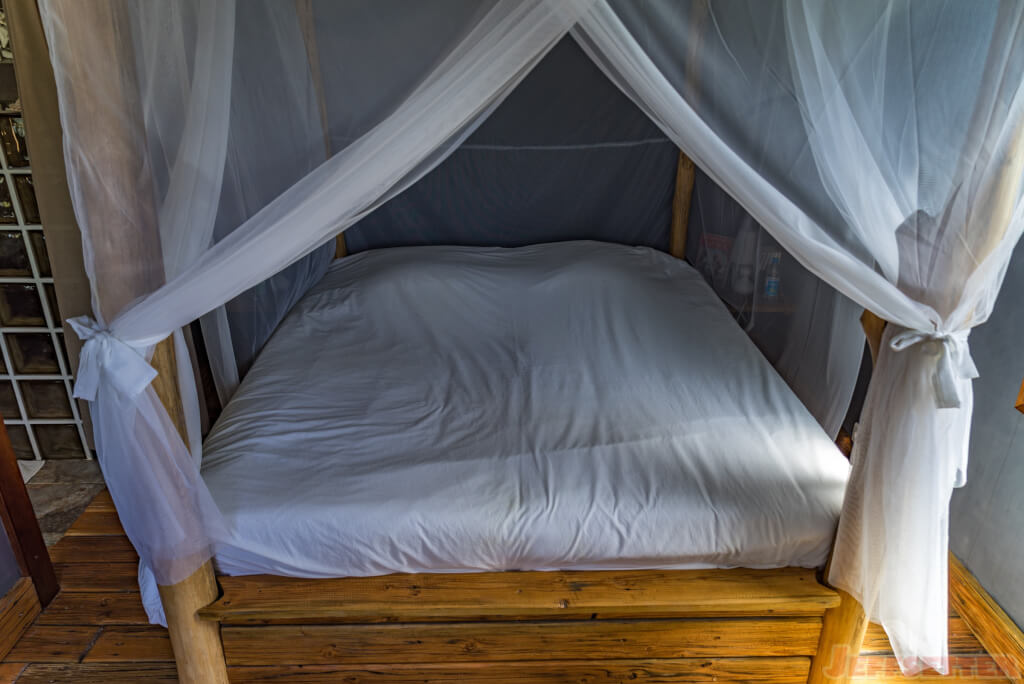 There is limited storage and no air conditioning. A fan is provided.

We didn’t have any issues with heat. There was a great ocean breeze and we left the windows open (ergo, the need for the mossie nets). With the breeze we had, I did not notice any mosquitos. 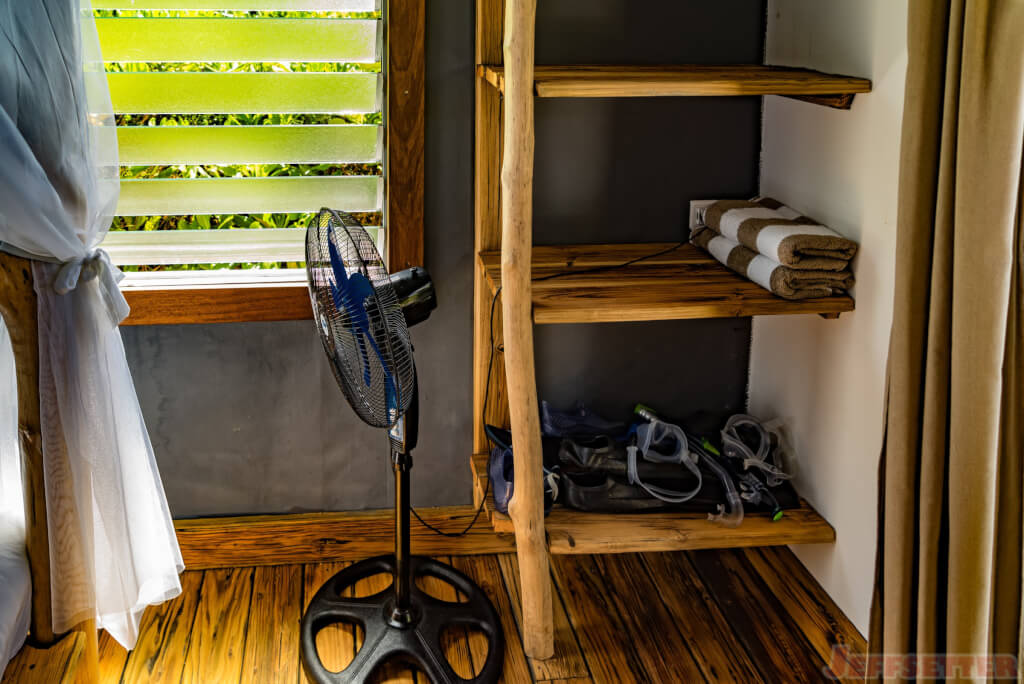 The bathroom is nice and modern. There is a interior window that opens into the bedroom (it also closes).

The shower has nice water pressure and fancy jets if you need a hydromassage. 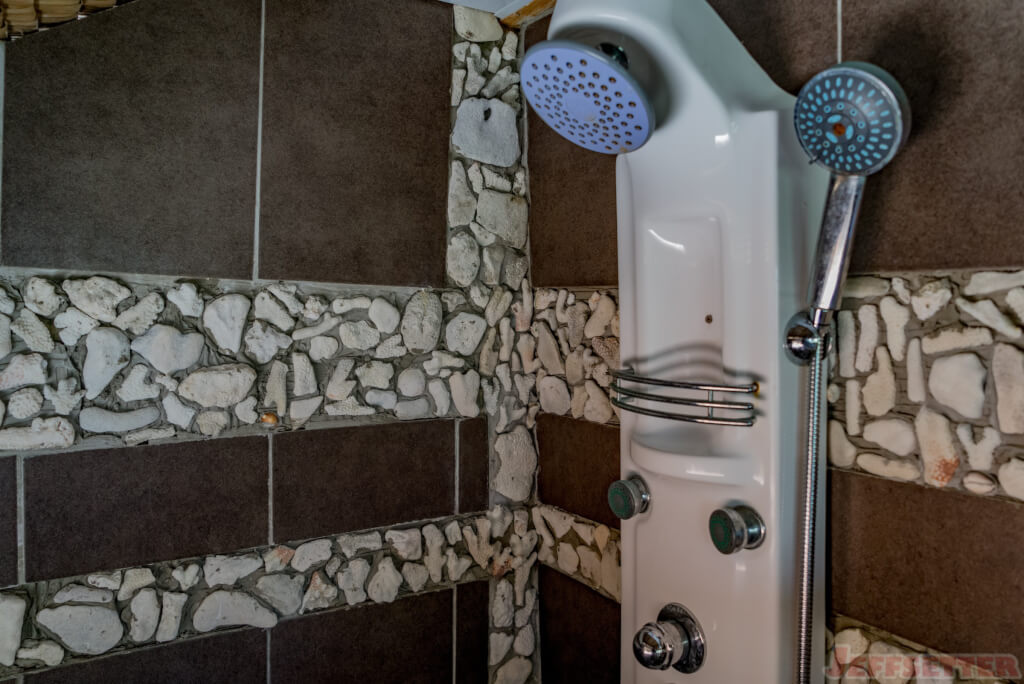 Cozy, but enough space that we didn’t feel crowded, especially with all the great outdoor space and seating. 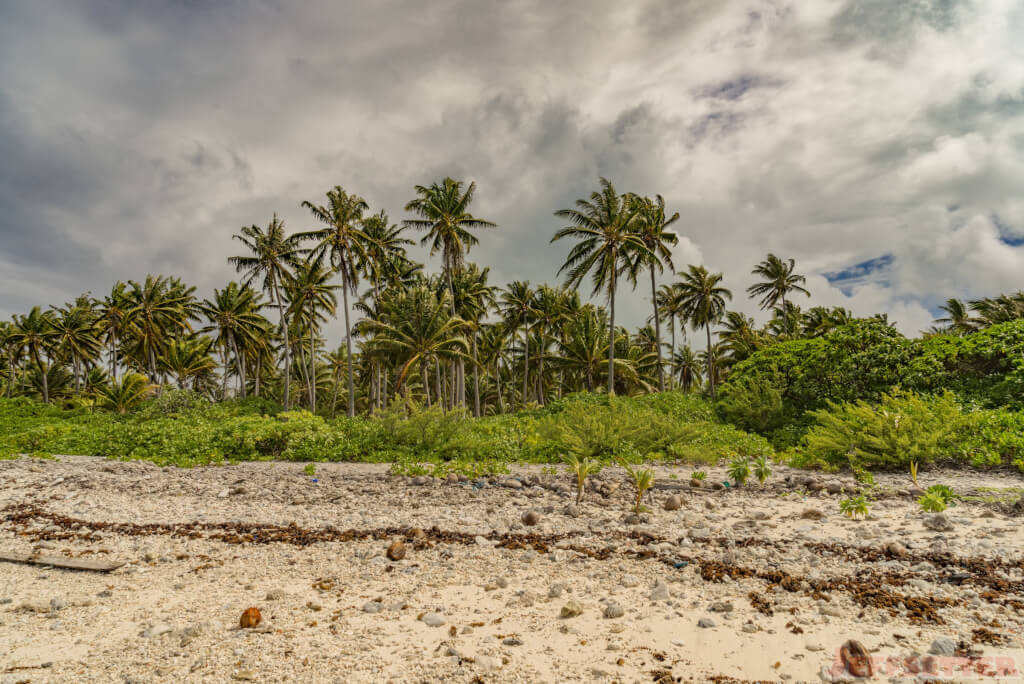 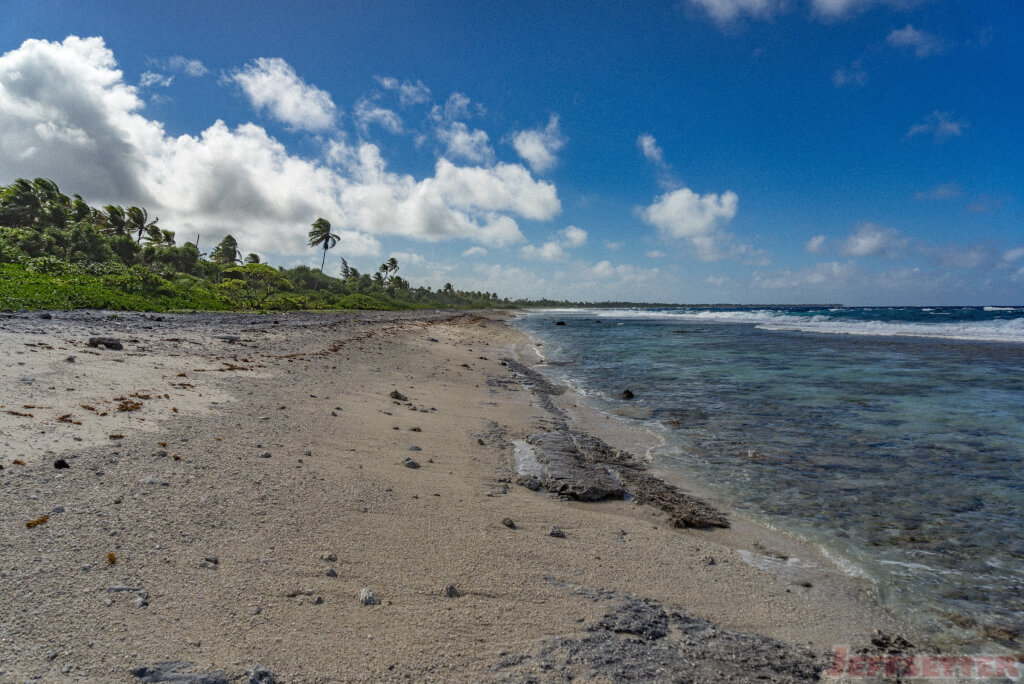 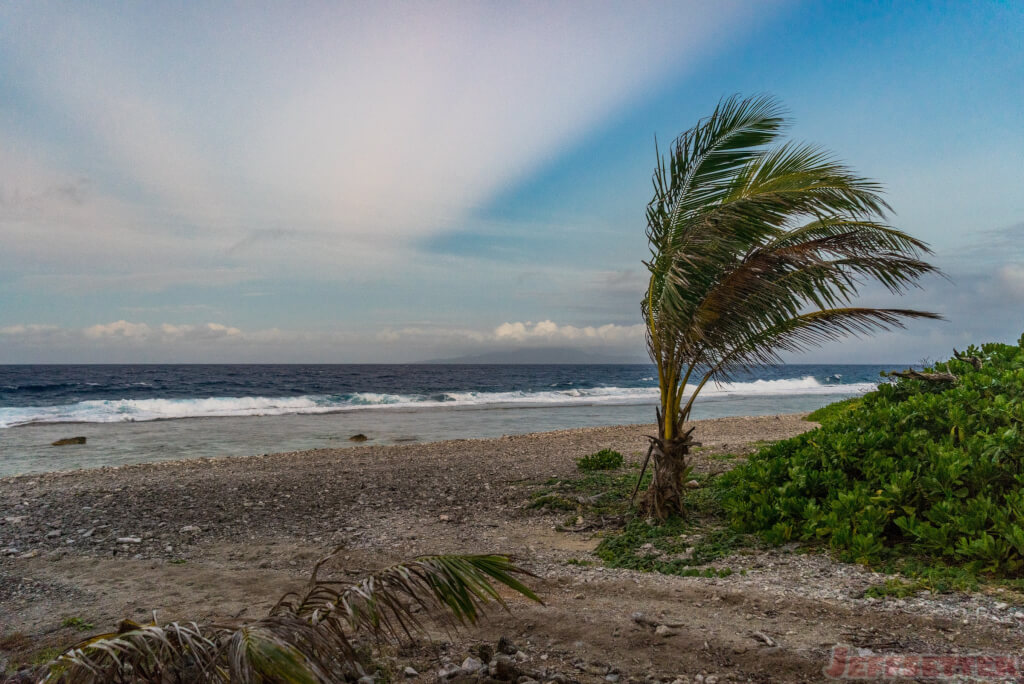 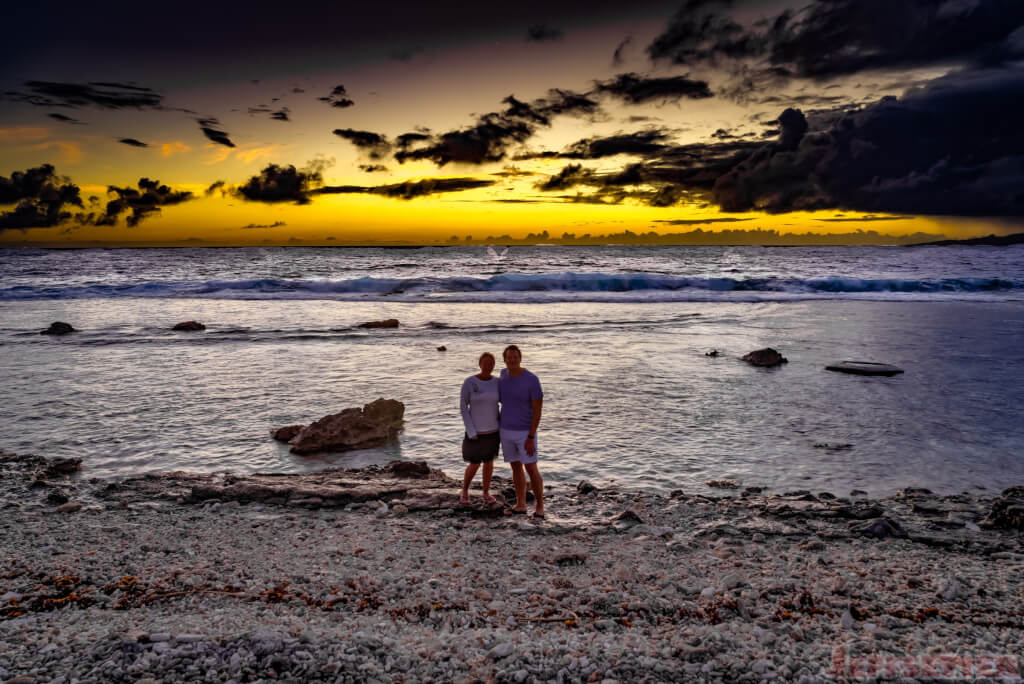 I LOVED the Le Crusoe. I loved everything about it.

The privacy, the style, the laid-back atmosphere, the food, Alice and Nicolas.  This place is my style of lodging, not that I do not love to be pampered at an upscale hotel.

Mr. J, on the other hand, loves his hotels.

(Preface: Mr.J was in a super bad mood when we got to the Le Crusoe. He had just crashed and broke his drone. Then, he dropped a hard drive full of photos. The drive broke and he lost all his photos. Worst Mood EVER!)

While he loved walking along the shore, here is what he did not love:

So – I think the Le Crusoe is a great alternative to the expensive resorts of Bora Bora. I would stay here again in a heartbeat. I recommend this to anyone who is looking for a low key relaxing vacation in the middle of the pacific ocean. Or, looking for a different perspective of Bora Bora, you really do not see this side of the island in most travel brochures.

Mr. J ,on the other hand, would not stay here again because of the modern conveniences he prefers.

So…. if anyone needs me to tag along, just let me know. (Although, I still think if he was in a better mood he would have enjoyed it.) 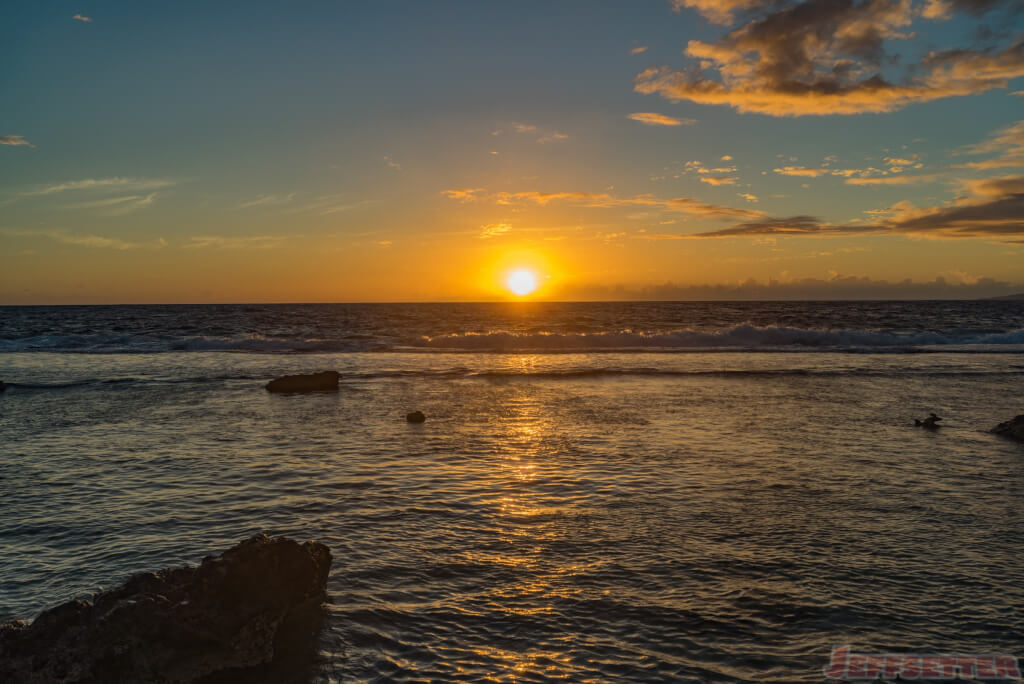