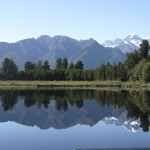 This week's photo was taken in March of 2011 on the south island of New Zealand. During our beautiful stay in New Zealand we spent two nights at the foot of the Franz Josef glacier, which gave us plenty of time to explore the surrounding areas. This lead to a lot of hiking, a helicopter ride and photo ops galore. … END_OF_DOCUMENT_TOKEN_TO_BE_REPLACED 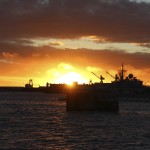 Because I am feeling a little guilty about my lack of progress on completing my Tahiti/Cook Islands trip reports, I decided that this week's photo Friday would demonstrate some of the beauty I saw while staying in French Polynesia. The sunsets in French Polynesia were amazing - probably the best that I have seen in my life and definitely the best that I have … END_OF_DOCUMENT_TOKEN_TO_BE_REPLACED 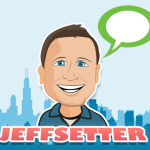 There was a time in my points and miles earning career where I was a waste of miles. It's almost embarrassing to admit now, but not so long ago I only earned miles by doing archaic activities like *gasp* flying in an airplane. Not only that, but I would redeem miles for domestic tickets in coach class. Then I came across blogs like View from the Wing, One Mile at a Time and … END_OF_DOCUMENT_TOKEN_TO_BE_REPLACED 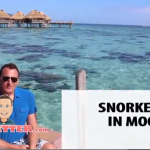 While it took me longer than expected to start pulling together and editing the videos I shot during our trip to the Cook Islands and French Polynesia in June, I am now starting to produce and edit the videos taken during that time and will be releasing them over the next several weeks. Each video ranges from 1 to 5 minutes long and covers a variety of topics from my … END_OF_DOCUMENT_TOKEN_TO_BE_REPLACED 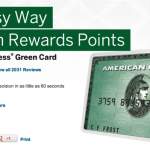 The following is a reader question from Sara in Chicago, IL. Sara asks: My husband and I recently took advantage of the large signup bonus offers for the American Express Gold Card. As we approach the 1 year mark, we are wondering how to keep our Membership rewards points without paying an annual fee. Is there a way that we can make this happen? While I have not done this … END_OF_DOCUMENT_TOKEN_TO_BE_REPLACED 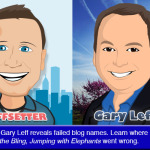 Today we are proud to introduce a new feature on Jeffsetter that I am hoping will catch on and become a regular feature. We are calling this feature the Tuesday Conversation and I plan on conducting more travel interviews with travelers who inspire me. When I first hatched this concept, I knew that I wanted the first interview to be with Gary Leff, the longest tenured points … END_OF_DOCUMENT_TOKEN_TO_BE_REPLACED