As I mentioned in my previous post, we stayed at the Westin Moana Surfrider during spring break. That meant that, despite the pandemic, Waikiki was a madhouse. And the hotel’s restaurants were no different. Luckily, despite not having any reservations, we were able to make it into the restaurant without a reservation. But, before I get into our experience, let’s talk a little about the restaurant itself.

The Veranda at the Westin Moana Surfrider Location

As its name suggests, The Veranda is at the Westin Moana Surfrider. Specifically, it’s along the veranda (duh) running along the exterior of the hotel’s signature Beachhouse at the Moana restaurant. That places the restaurant on the Diamond Head or east end of the Moana’s main, historic building.

Because of The Veranda’s L-shape and location, most of the restaurant looks inwards towards the Moana’s central banyan tree. There are, however, a few tables that have ocean views. 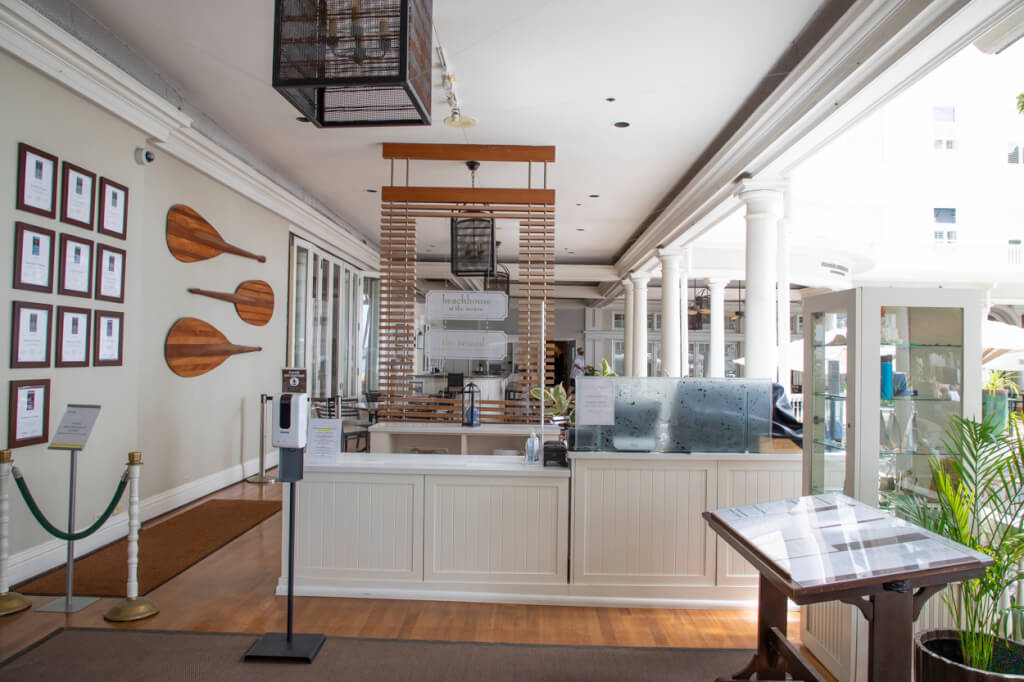 Given the crowds, the host stand at The Veranda was a bit chaotic. It took a while for us to be approached, but I don’t blame the staff. The restaurant, in general, seemed a bit understaffed and overwhelmed. It was a perfect storm of pandemic recovery employment levels and an unforeseen surge in visitors. So, with that in mind, I thought the staff did a great job. Especially since they, not only maintained their composure but also kept a smile on their faces and provided good service.

It’s worth noting that upon checking in with the host, they asked if we were a hotel guest and if we had a breakfast voucher – which we did. After noting our room information, they informed us there’d be a brief wait, which ended up being longer than we thought. In fact, we noted about six to eight parties that came after us getting seated before us. There ended up being a good reason for this, though. As it turns out, they were saving the best seat in the house for us. Titanium Elite perk, perhaps?

It’s worth noting that at the Westin Moana Surfrider, the Elite Breakfast voucher is valid for your complimentary breakfast only at the Surfrider Cafe. However, if, like us, you decide to dine at the Veranda instead, you get a credit of $18 per person towards your bill. Unfortunately, that means the only item on the menu you can get for free is the $18 Acai Bowl. Everything else is significantly most expensive. 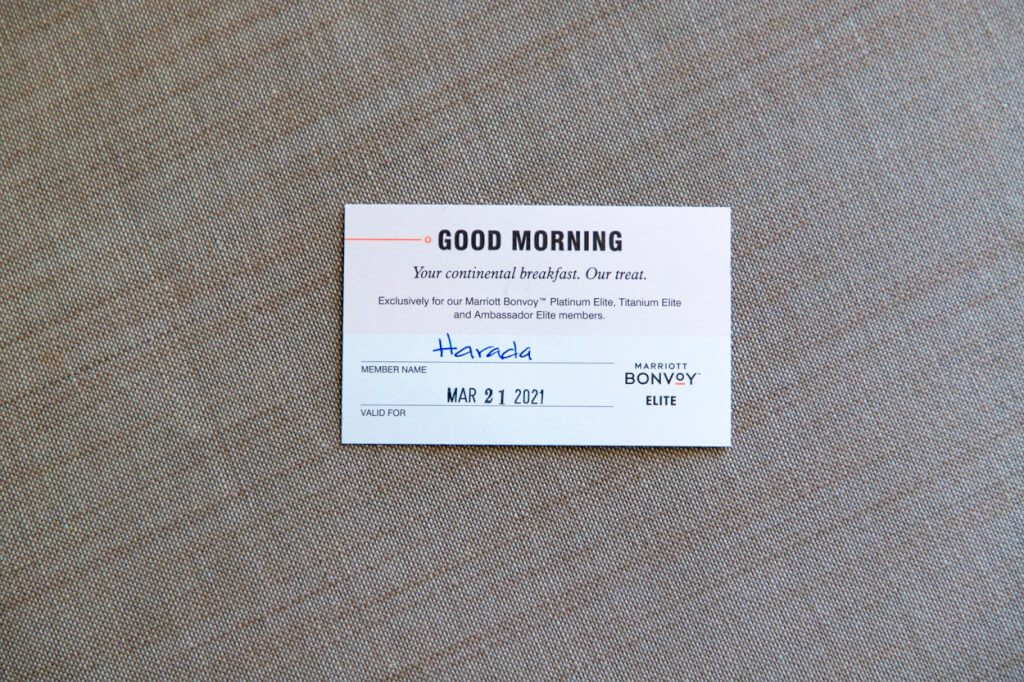 For her dish, Mrs. Island Miler ordered the American Breakfast ($32). This dish comes with breakfast potatoes; island greens; your choice of bacon, country ham, or breakfast sausage; and eggs any style. Naturally, she chose bacon and, for reasons she can’t even explain, over-easy eggs. The eggs were cooked perfectly, which presented some problems since runny egg yolks work better if you have a hash, hash brown, rice, or even toast. 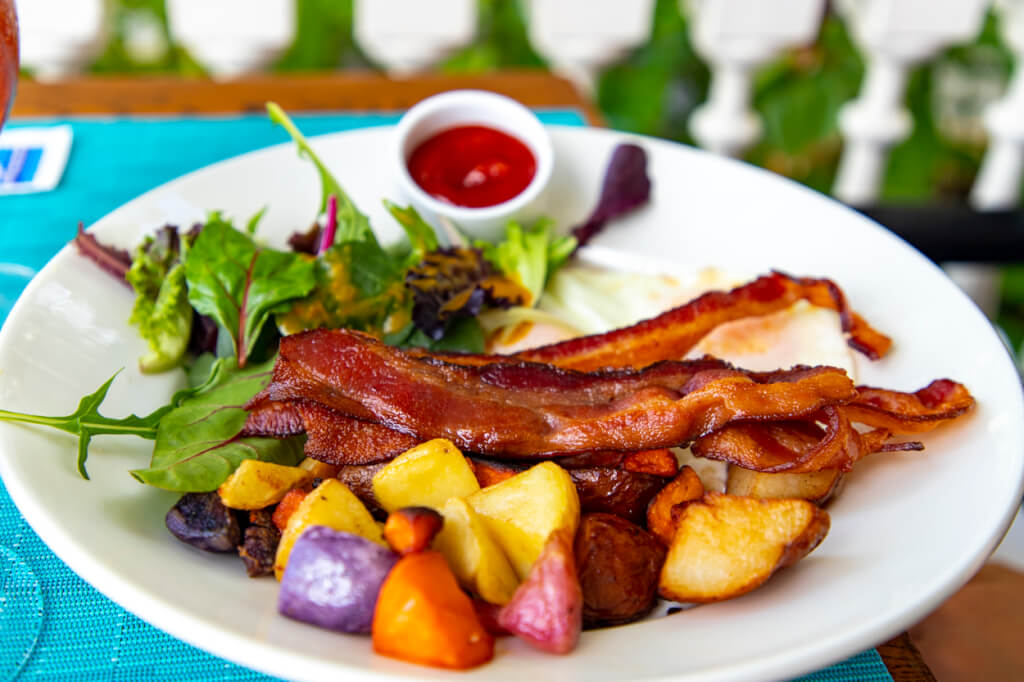 For my dish, I went with the Veranda’s signature The Moana “Beautiful” Mango Pancakes ($29) and a side of bacon ($8). This is a thick stack of pancakes topped with cubes of mango, mango sauce, dried cranberries, seasonal berries, a sprinkling of granola, and some maple syrup. Honestly, the pancakes were fine, but it didn’t feel $29 special. There was so little mango sauce that there was nearly no mango flavor whatsoever. 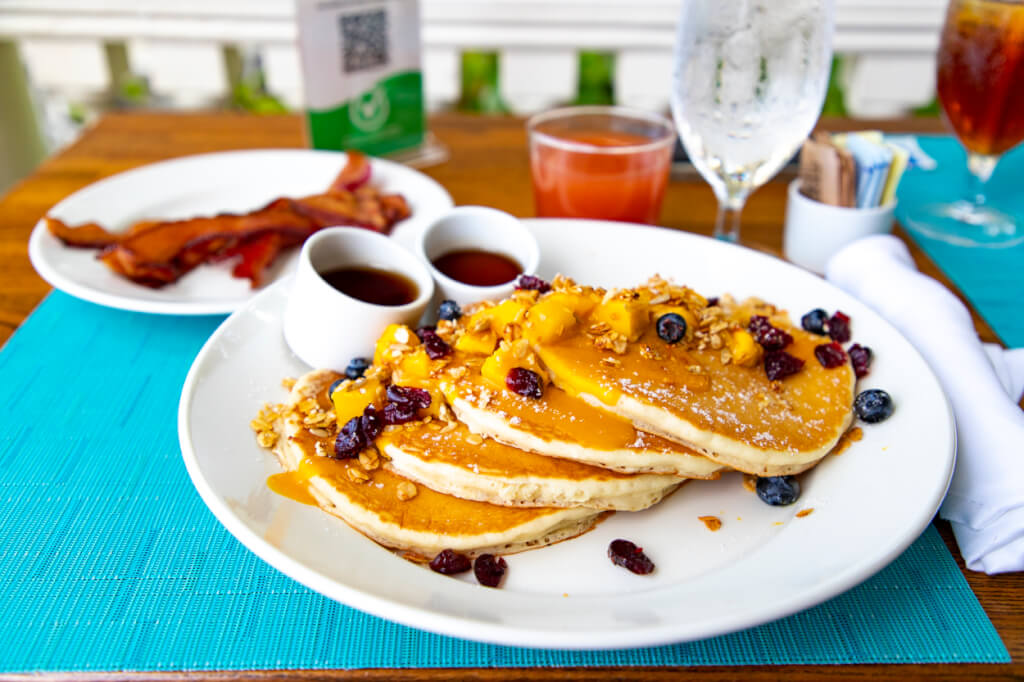 Breakfast at The Veranda at the Westin Moana Surfrider, Final Thoughts

The service and the quality of the food at The Veranda at the Moana Surfrider were great. Prices are a little higher than I’m accustomed to, even for Waikiki. But, I did think that our meal here, had we paid for the entire bill, would’ve been a better deal than our breakfast at the Royal Hawaiian. My perception might have been slightly different had we gone a couple of weeks later too. After all, not long after our stay, they began expanding the Veranda’s menu again. Dishes added back on are things like the Mochi Waffle and the Turf and Reef (filet + lobster and potato hash). So, yeah, if you’re staying at the Moana, and especially if you have a breakfast voucher, give the Veranda a try for breakfast.