When Mrs. Island Miler and I stayed at the Laylow Waikiki, we made it a point to try the property’s restaurant: the Hideout Waikiki.

Hotel restaurants typically aren’t so great.  To eat at a hotel restaurant is often viewed as a lazy choice.  But that isn’t always the case in Hawaii.  Many great restaurants are, in fact, in hotels here.  And when the Laylow Waikiki opened, the local food critics adored the property’s sole restaurant.  So when Mrs. Island Miler and I stayed at the Laylow, we made it a point to dine at their restaurant at least twice.

The Hideout Waikiki is prominent location is just off the lobby of the Laylow Waikiki.  In fact, the restaurant, its bar, and the coffee counter take up a good part of the lobby level. 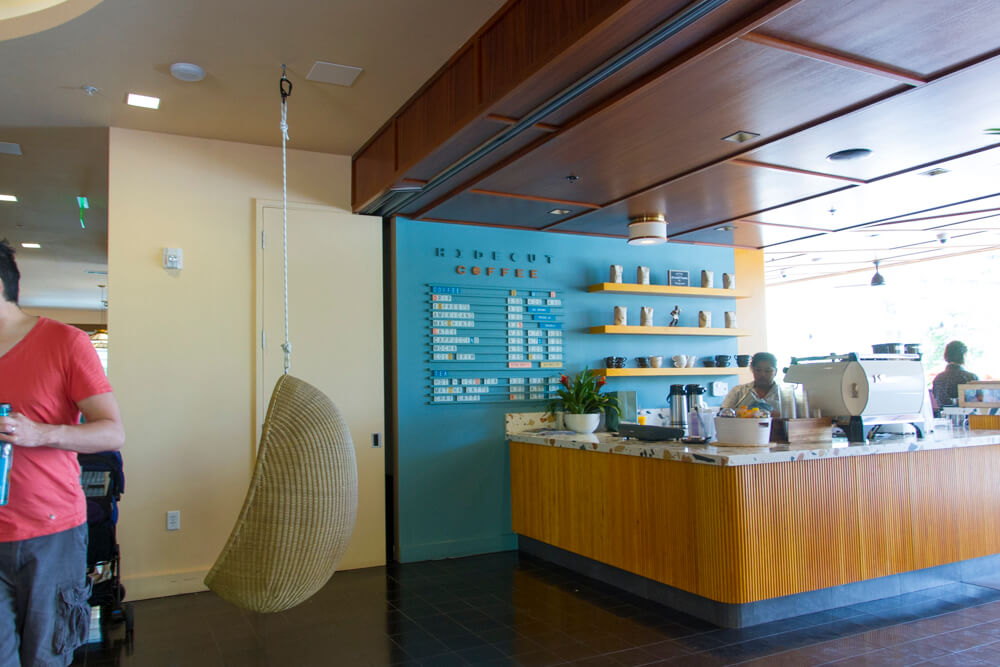 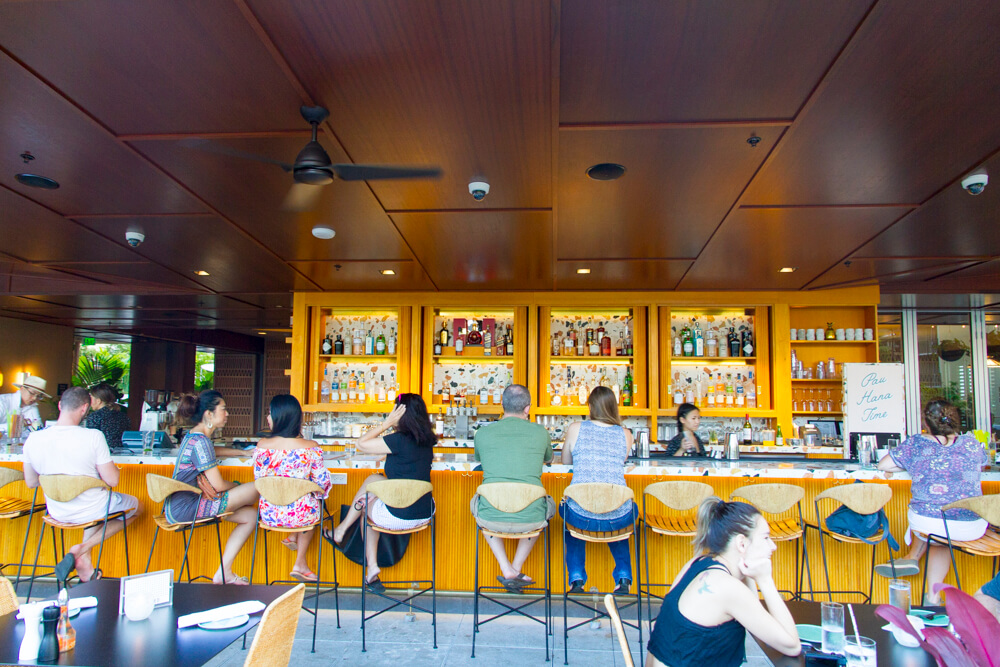 Seating at the Hideout is primarily outdoor fronting Kuhio Ave., though there is a small indoor section too. 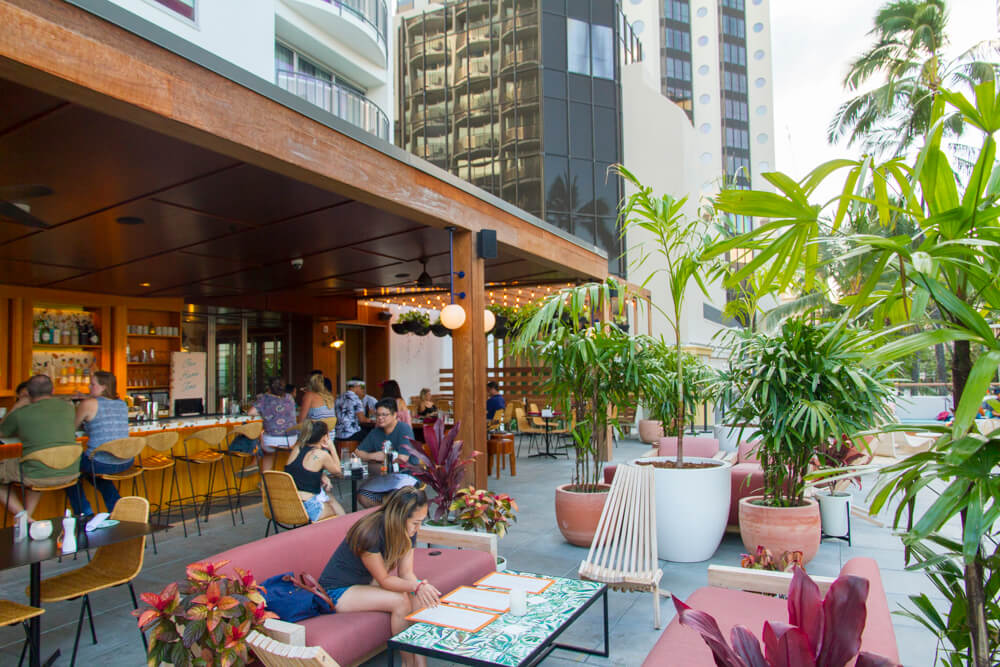 The restaurant does also have two fire pits, though parties of 8 or more with reservations have priority. 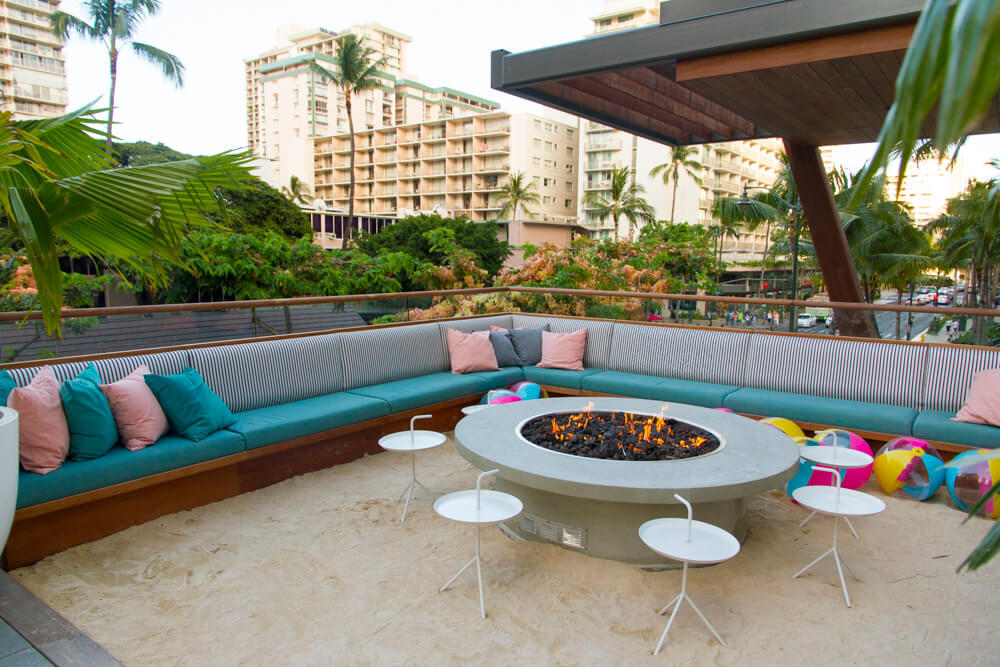 Like it is with the rest of the Laylow, service at the Hideout Waikiki is excellent.  All staff members we interacted with were friendly, courteous, and could handle any question I threw at them.  More on that later.  And though the staff took the time to explain things well while the restaurant was quite busy, we never had issues with the speed of service.  Our water glasses never went empty, and all orders were filled promptly.

Of the two nights we spent at the Laylow, we had dinner at the Hideout once.  The dinner and lunch menus are largely the same, though a few larger dishes are only available after 5 pm.  For our dinner, though, Mrs. Island Miler and I decided to order a variety of smaller dishes.  But, to start, I ordered a drink.  For this, I consulted with our server, as I was torn between the crowd favorite No. 120 and the Lightning on the 808.  Our server recommended the Lighting on the 808, which is what I ordered and loved!  This unique drink is made of Okolehao, lime, and mango.  Okolehaou, by the way, is the only spirit that originated in Hawaii.  The Laylow branded paper straws are pretty cool too. 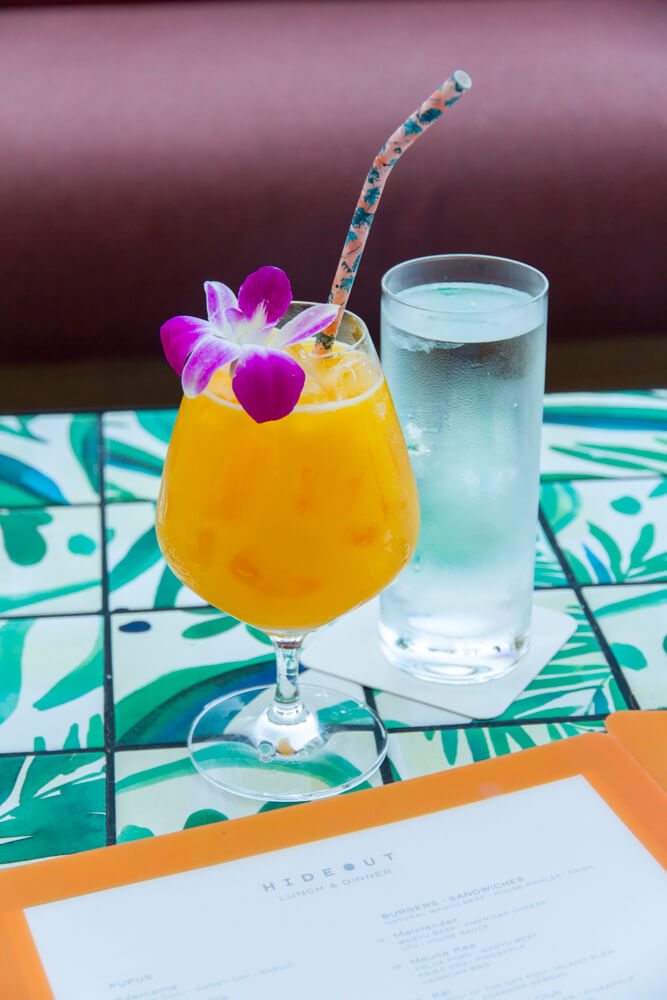 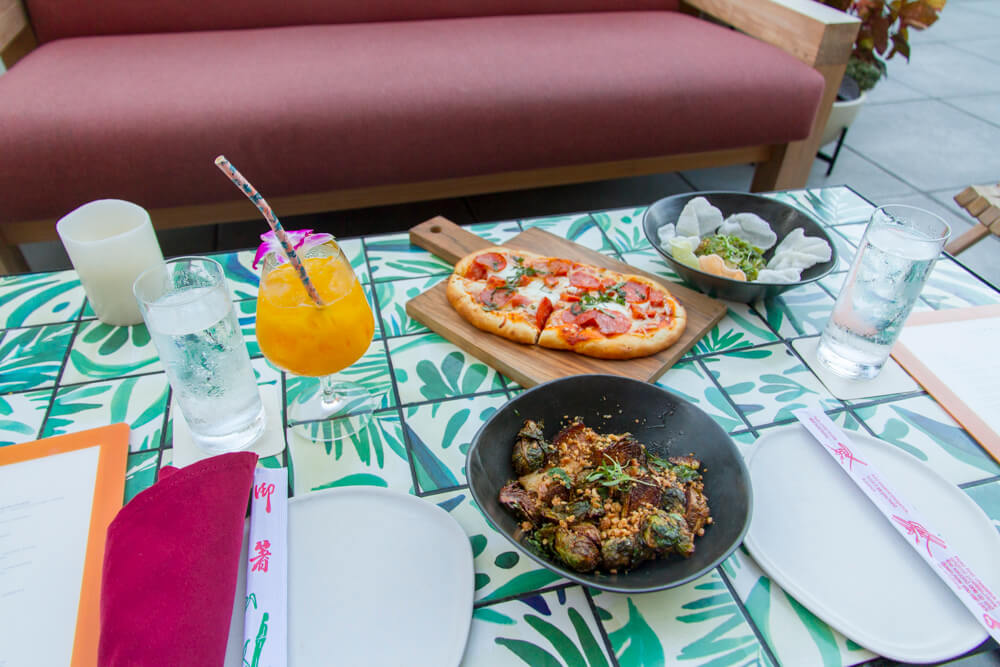 The Crispy Pork Belly with brussels sprouts, sweet soy and macadamia nuts were a definite winner.  So tasty and addictive. 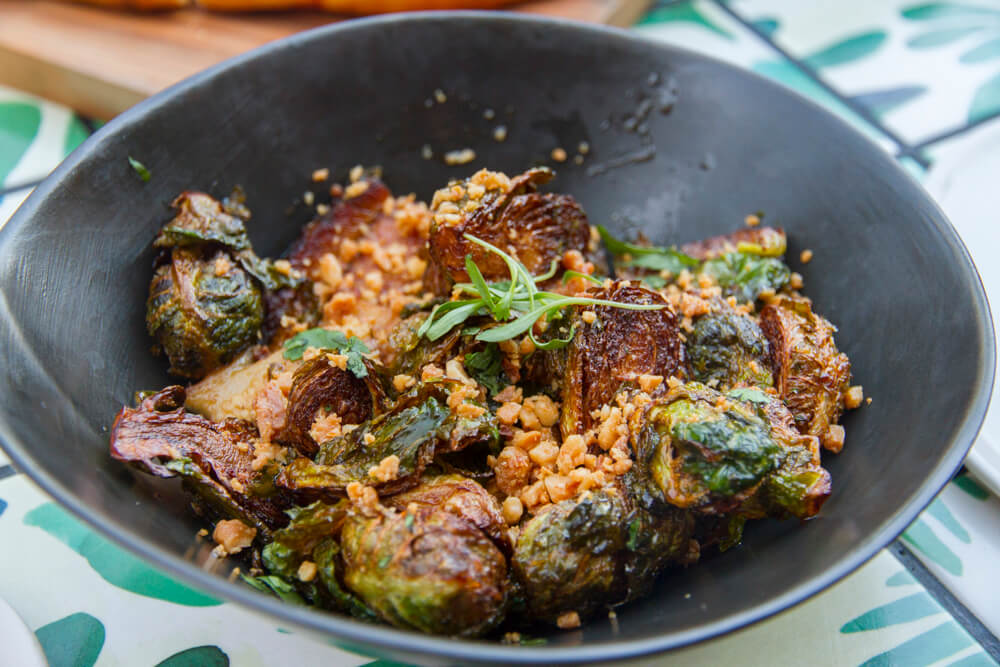 Hideout Waikiki’s poke is also good, though a little unconventional thanks to the use of wakame instead of limu and the addition of avocado.  But it pairs well with the shrimp chips that are served along side the poke. 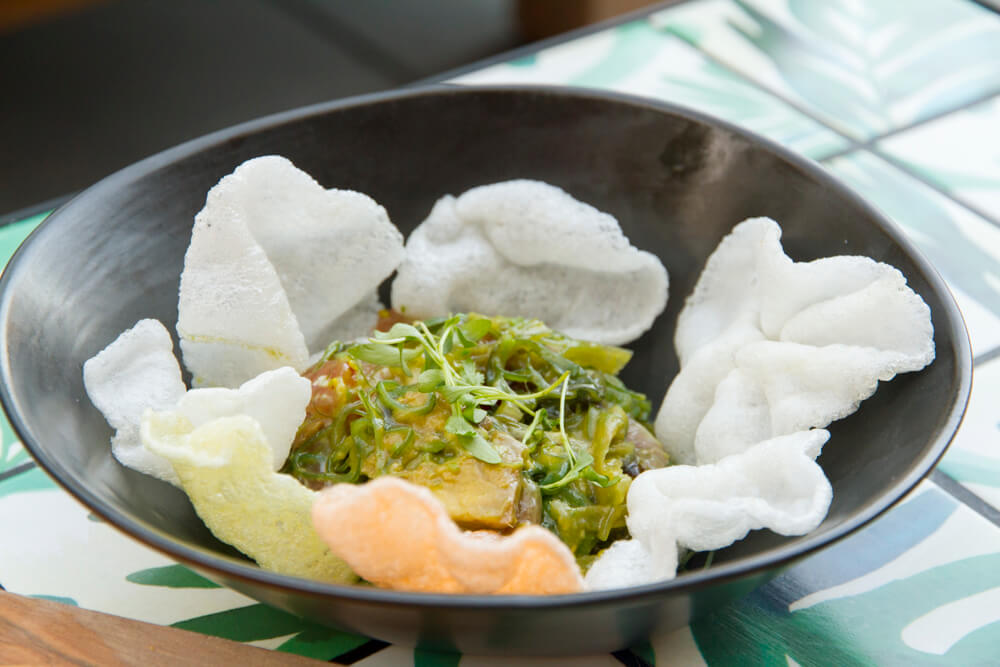 The Little Italian, on the other hand, was nothing special.  It was tasty but tastes as you’d expect. 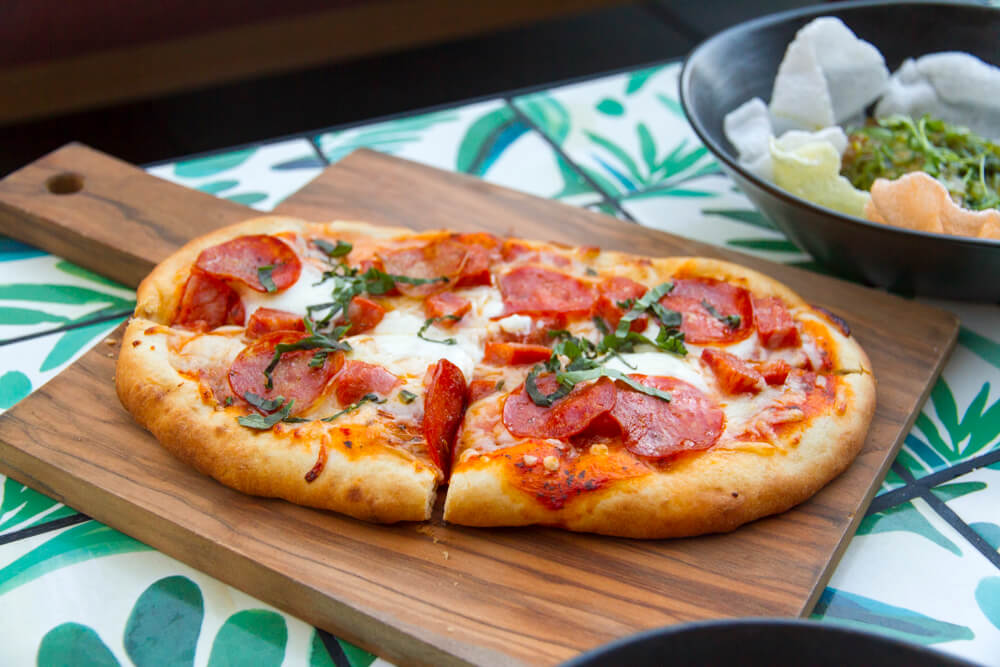 Remember the No. 120 cocktail?  I did end up trying this vodka, fruit juice, mango and boba drink.  And our server was right; it was too sweet. 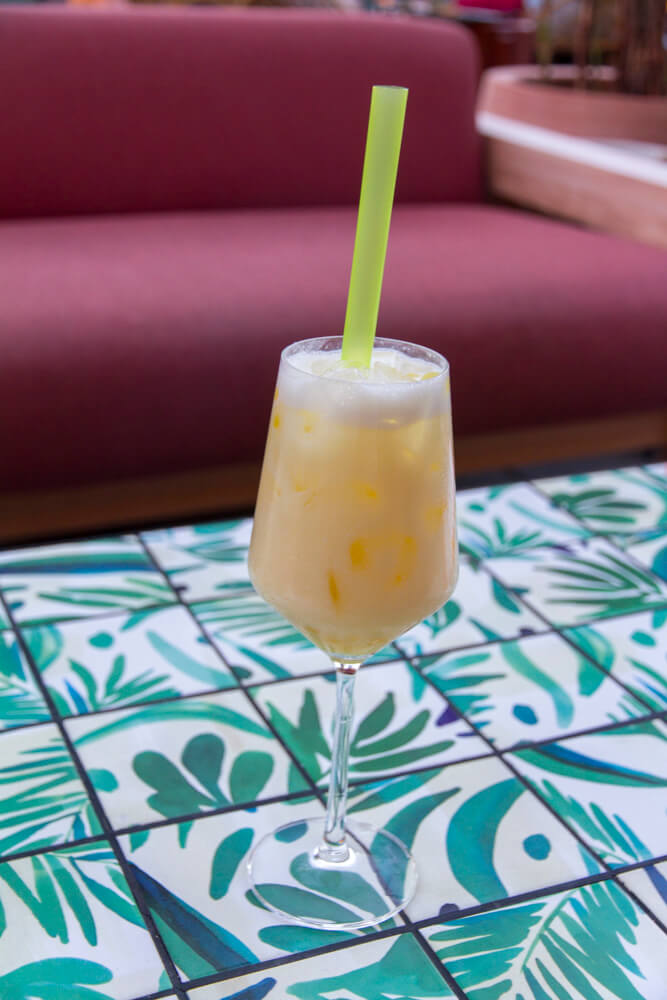 And since I was still a little hungry, I decided to give the miso glazed rib eye, though this no longer appears on the menu. 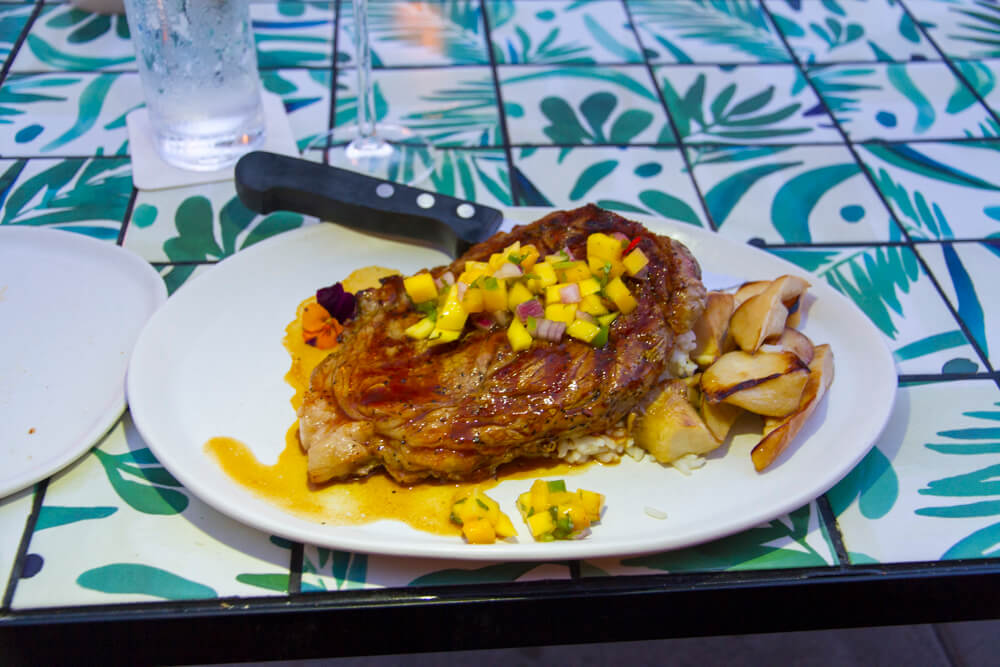 As much as I loved dinner at the Hideout Waikiki, I think breakfast is my favorite meal at the restaurant.  And so, we had breakfast both mornings we were at the Laylow.

The first morning, Mrs. Island Miler and I went a little crazy.  To start, we ordered a guava danish and the cronut of the day.  I liked the danish, but the cronut was far too sweet for me. 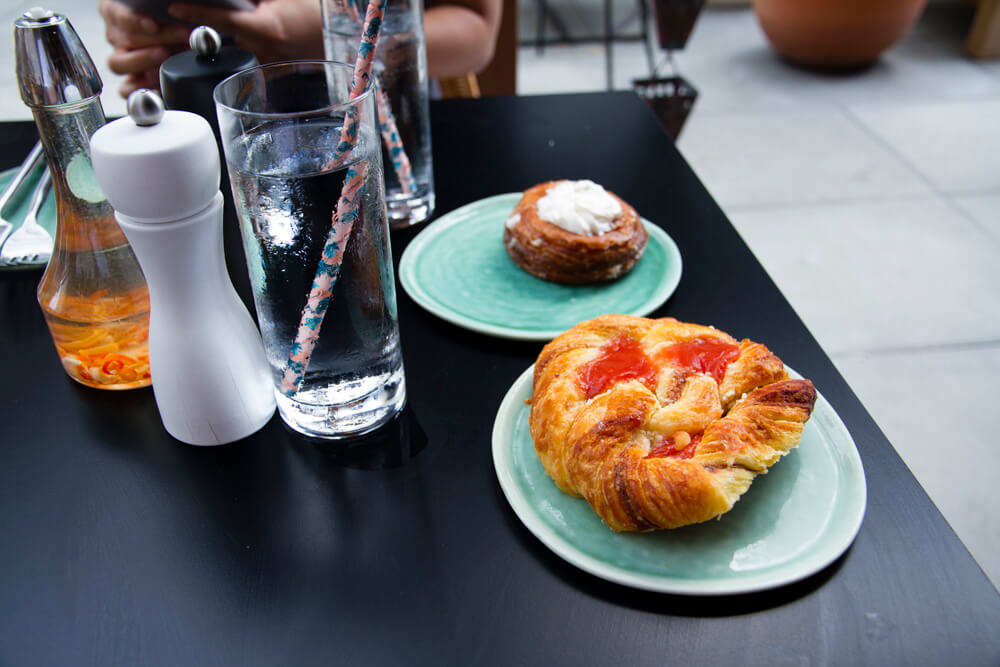 For her main, Mrs. Island Miler went the semi-healthy route and ordered the Savory Oatmeal.  And I say semi-healthy for this oatmeal because it’s loaded with cheddar cheese, Portuguese sausage, local mushrooms, and a poached egg.  But despite the heft, she ended up liking the dish.  The serving size, however, was enormous, so Mrs. Island Miler was only able to finish half of her oatmeal. 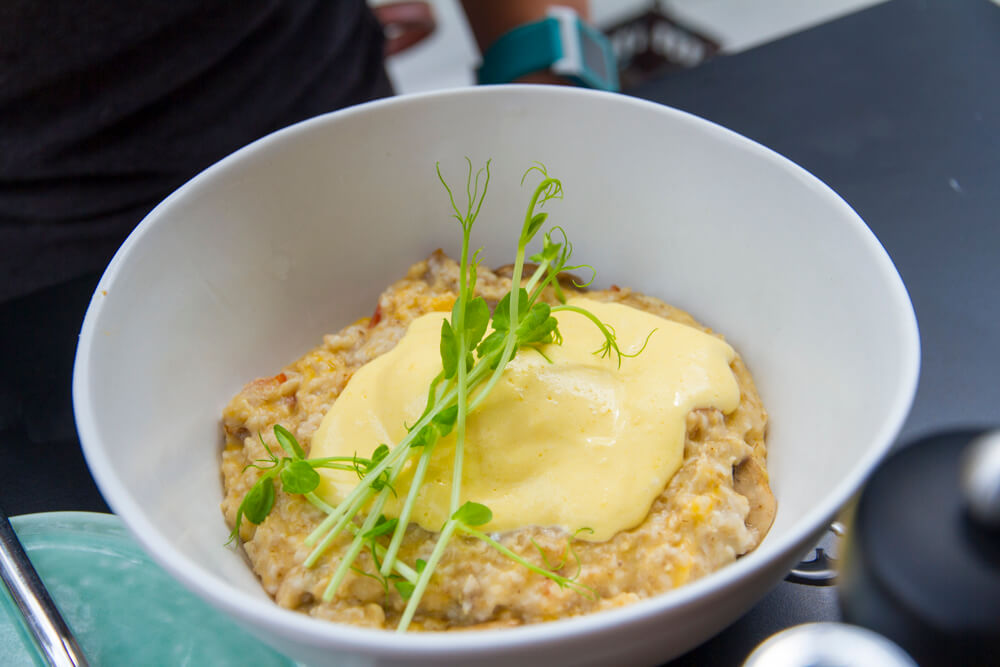 Me?  I ordered the Breakfast Fried Rice Skillet.  This hearty version of a local favorite is filled with hunks of Spam, Portuguese sausage, and Maui onion, and is topped with two fried eggs.  It was so good that I’d have to say this fried rice is definitely in my top 3.  And it’s even better when you drizzle a little Hawaiian chili pepper vinegar over it. 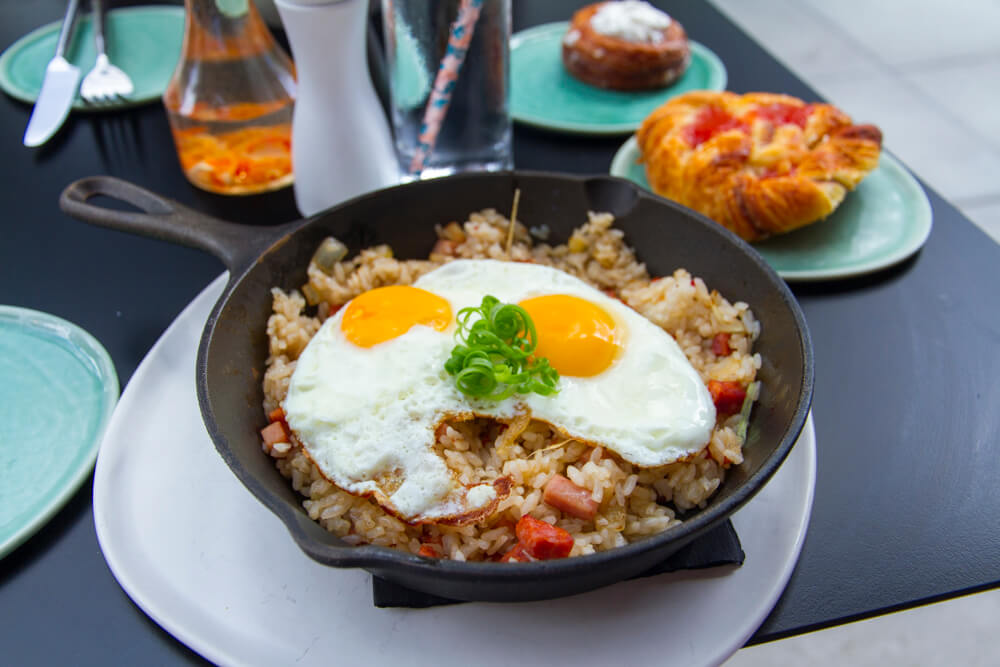 And if you know me by now, it should come as no surprise that this is what I ordered on our final morning at the Laylo as well. 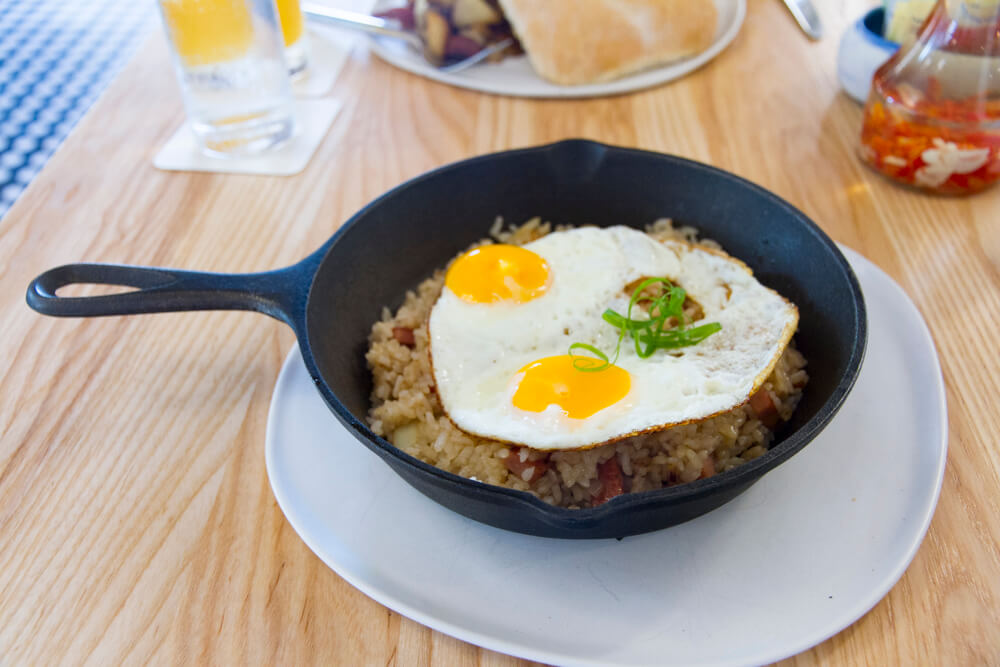 Mrs. Island Miler, on the other hand, chose to try something else and ordered the Breakfast Sandwich.  Unlike her meat-centric breakfast sandwich in D.C., this one is composed of a fried egg, cheddar, avocado, bacon, and pineapple jam.  Thankfully, it wasn’t as messy as the breakfast sandwich at the Riggsby, and I think she liked this version better. 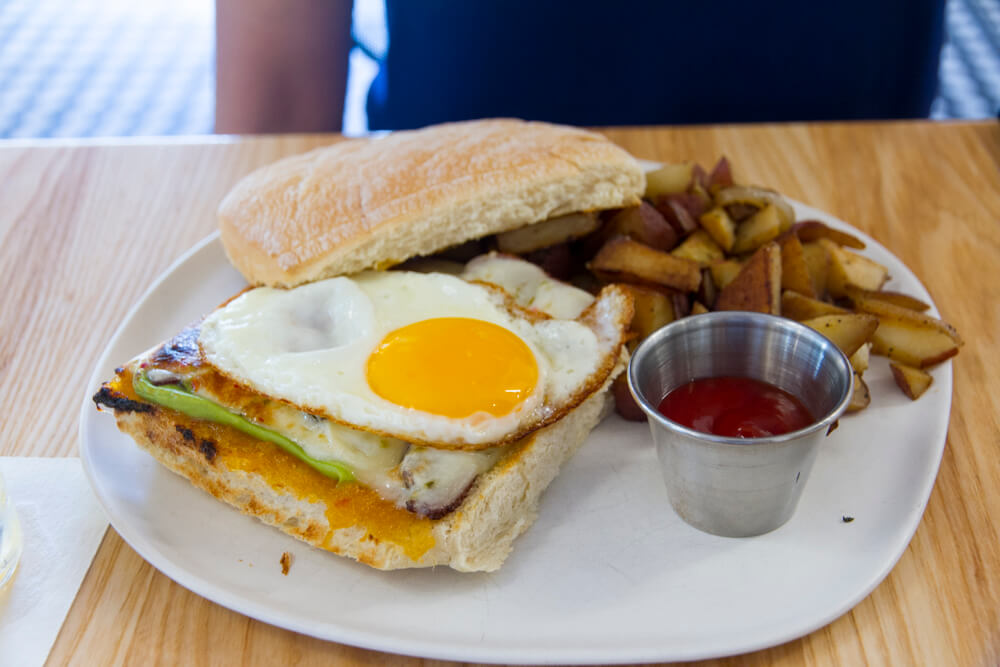 The Hideout Waikiki is definitely one of the better restaurants in Waikiki.  I’ll admit, I’m not a fan of their entire menu, nor is there a lot of dishes I want to order.  But, the dishes I do like are ones I could eat over and over again.  And perhaps just as important as the food, and what keeps locals coming back is the atmosphere.  The Hideout is like a hidden oasis above the hustle and bustle of Waikiki.  And like I said before, this atmosphere makes it a great place to hang out.

So if you’re in Waikiki be sure to check out the Hideout Waikiki for some drinks and/or a bite to eat.  Just be sure to make a reservation, as the place is popular with visitors and locals a like.  Space does tend to fill up quickly, so it’s better to be safe than sorry.