New Otani Hotels is a small hotel operator headquartered in Japan. And, until recently, the company had two properties outside of their home country. But, now, they have only one as the New Otani Kaimana Beach Hotel rebrands.

The New Otani Kaimana Beach Hotel was New Otani Hotels’ sole property in Hawaii and the US. However, the hotel’s current owners, BT Kalakaua, which is a joint venture between Hawaii-based BlackSands Capital and Tokyo-based Tsukada Global Holdings are assuming control of the property after its lease to New Otani expired. Instead, they tapped Hawaii-based Private Label Collection to operate the hotel. Private Label Collection is owned by Jonathan McManus who also owns the luxurious Hotel Wailea on Maui.

With New Otani Hotels now out of the picture, its name, obviously, has to change. And the new name is refreshingly simple – the Kaimana Beach Hotel. That said, not a whole lot else is changing at the Kaimana. In 2018, the hotel’s previous owners completed a full renovation of the property’s rooms. So, the new owners simply added some finishing touches to them, while refurbishing many of the public spaces. Mid-century Hawaii is what they’re going for in all these projects, which is the concept behind both The Laylow and The Surfjack. However, the Private Label Collection is making one significant change to the property. 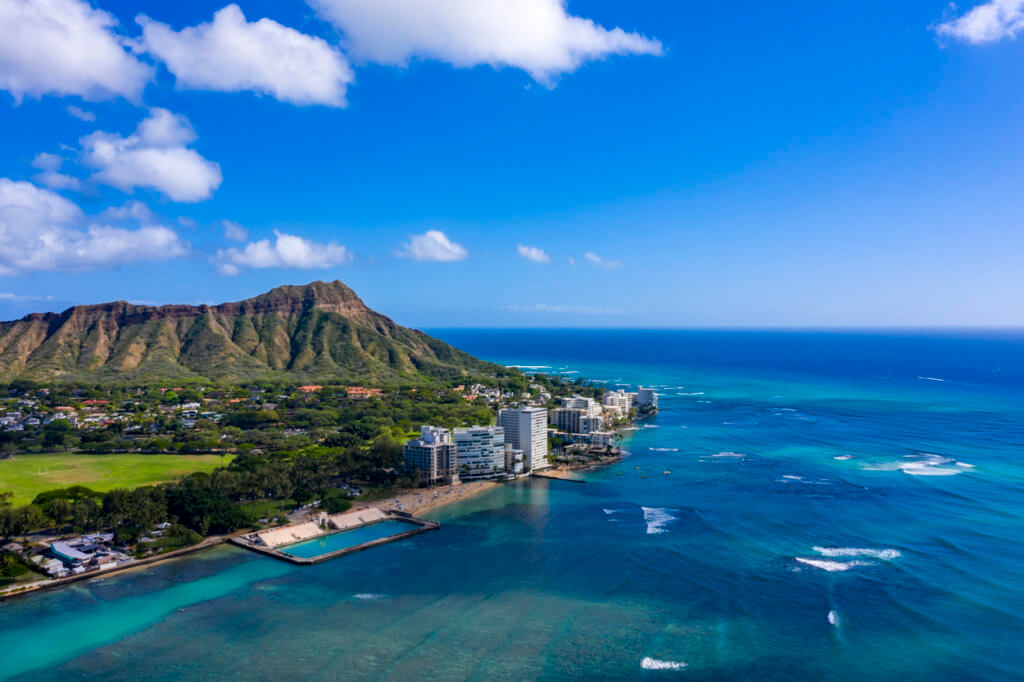 The biggest change occurring at the property involves its restaurant. The New Otani Kaimana Beach Hotel’s signature restaurant has long (56 years!) been the Hau Tree Lanai. It is somewhat of a local institution. However, like the rest of the hotel prior to its 2018 renovation, the space was quite dated. But, as of December 22, the restaurant, now simply known as the Hau Tree, is transforming into a more modern space. The best part, though, is whose leading the restaurant – Chris Kajioka. 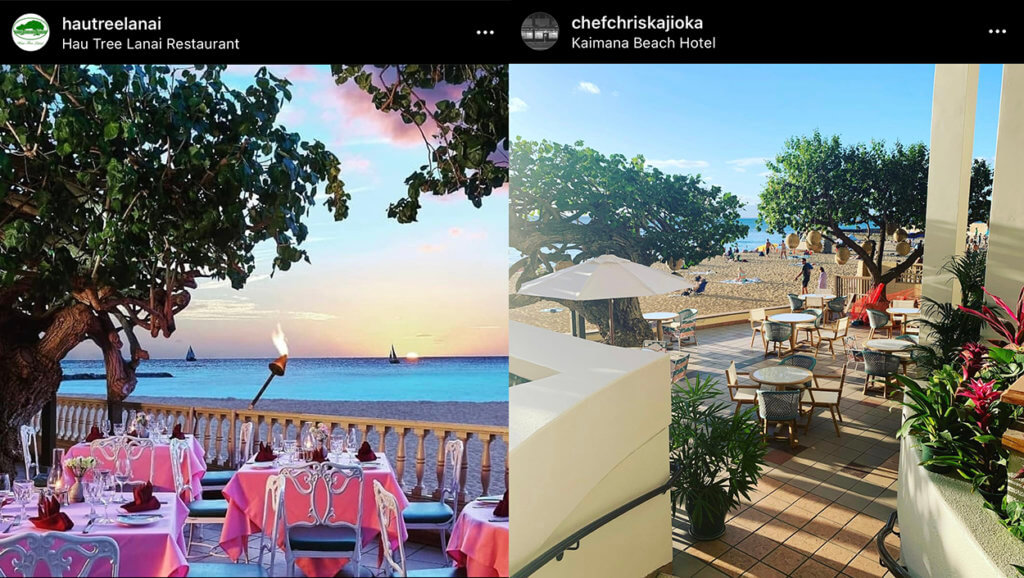 As one of Hawaii’s greatest chefs, Kajioka is a no-brainer for the Hau Tree. After all, Kajioka is the culinary director for the Hotel Wailea. Plus, Jonathan McManus and Private Label Collection are behind the new Waicoco restaurant at the Westin Maui, which is also headed by Kajioka. Even better, though, is the fact that Kajioka tapped Chef Alan Takasaki, formerly of Le Bistro in Niu Valley, as Hau Tree’s executive chef. What the menu will look like, I have no idea yet. But, this Hau Tree Burger looks pretty damn good too.

I have never been to the New Otani Kaimana Beach Hotel or the Hau Tree Lanai. In fact, the closest I’ve gotten is to take photos of Kaimana the monk seal. That said, with Kajioka at the helm? I’d love to go have a meal there. Especially since Kajioka’s restaurants are always excellent. Thus far, I loved Vintage Cave, Senia, and Papa Kurt’s. But, now, I’m looking forward to giving Hau Tree, Waicoco, Miro, and Bar Maze a try too. I wouldn’t mind having a staycation at the Kaimana one day too.

By the way, if you didn’t know, the Kaimana Beach Hotel isn’t in central Waikiki. Rather, it’s a bit off the beaten path. It’s much closer to Diamond Head, occupying a space near the Waikiki Natatorium, which is near Waikiki Aquarium.